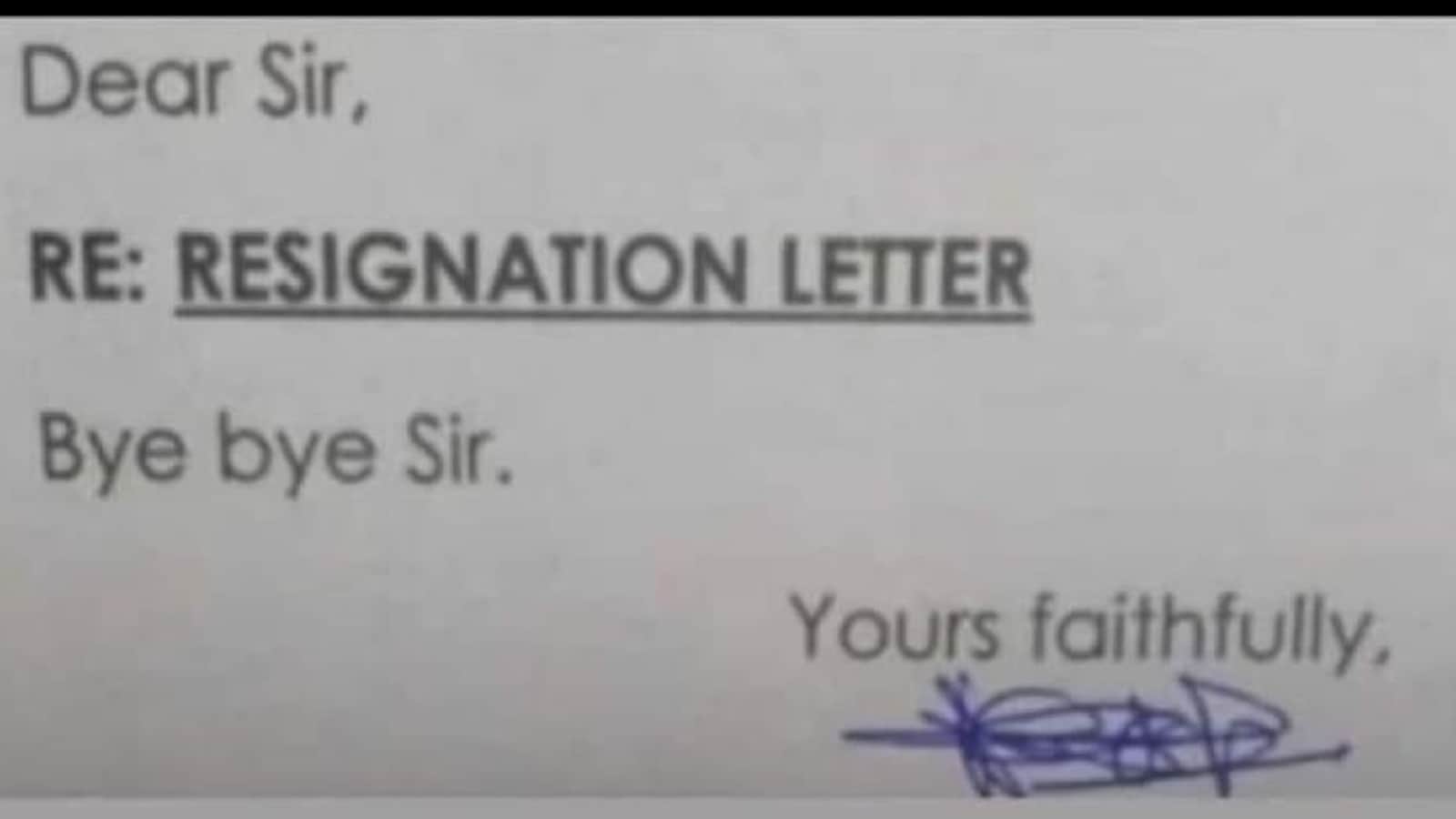 How to write a resignation letter? Google can indeed give you samples with which you can work. However, if you are looking for something straightforward and precise – along with funny – then this post can give you a clue. Shared on Twitter, this is a post that may tickle your funny bone.

Twitter user who goes by Kaveri posted an image that showcases the resignation letter. They also added a caption that reads, “Short and sweet.”

The image of the resignation letter shows that it is simply addressed to “Dear Sir.” The subject of the letter is then added as “Resignation letter.” It is what that is written after that which has now prompted laughter. It says, “Bye Bye Sir.”

The post has been shared two days ago. Since being posted, the share has accumulated nearly 800 likes and the numbers are only increasing. The share has also prompted people to post various comments. Some were also inspired to share similar resignation letters.

“My juniors are so sweet, asking me for leave to attend an interview,” wrote a Twitter user and posted this image:

“I got one last week, which was even shorter. It was on WhatsApp, the day after he got his pay cheque,” shared another and tweeted:

“I wrote something similar long back. It was so bad the guy didn’t even respond,” expressed a third. “Time and text management is properly maintained,” joked a fourth.