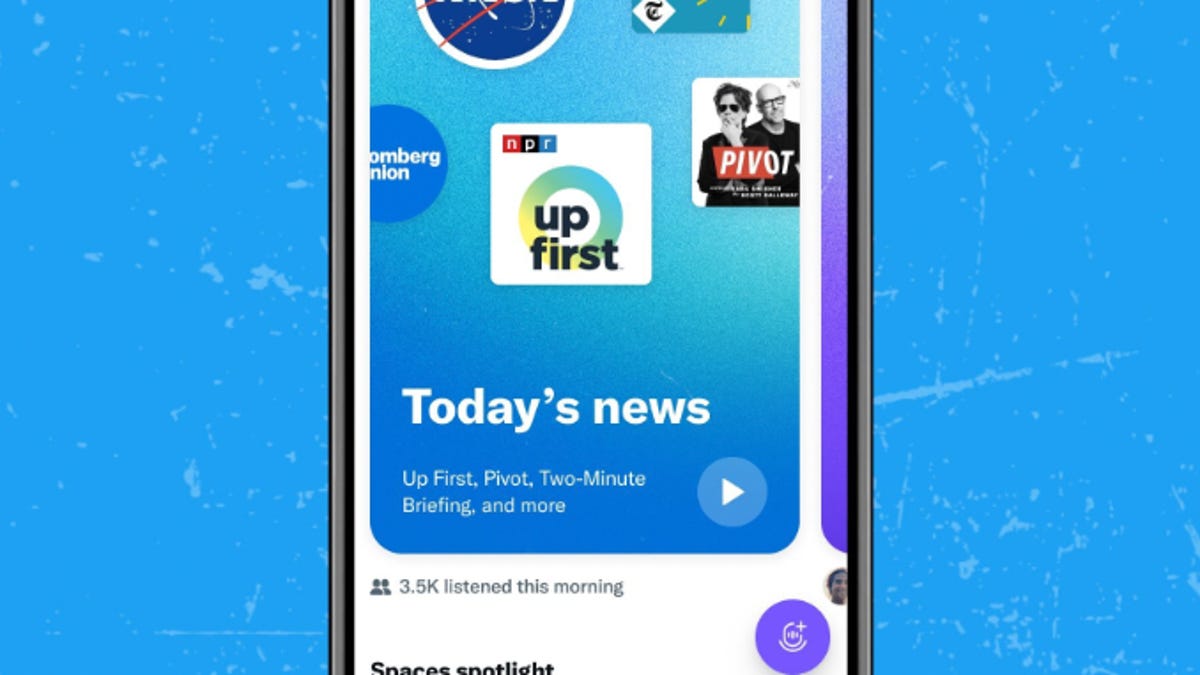 The podcasts will live within Twitter’s redesigned audio experience in the Spaces tab. Adding podcasts is a natural enhancement of the Spaces tab. Launched in 2020, it has functioned as an audio chatroom.

SEE: Elon Musk says he’s backing out of his plan to buy Twitter

Since then, it has gone through many different updates. On the Twitter Spaces page, Twitter says, “We’ve been testing and building this in the open with @TwitterSpaces and your feedback so we get it right. We love how it’s shaping up, but there is much more to come including new features and updates.”

The Twitter Spaces redesign will group audio content in personalized hubs by specific themes like News, Music, Sports and more. Users will have easy access to a selection of live and recorded Spaces that are personalized to their interests.

Twitter says they know that some conversations need more than 280 characters, and “bringing people closer to the ideas, content, and creators they know and love is core to Twitter no matter where the conversations take place.”

In addition, these hubs will also feature the most popular podcasts from around the world. According to the post, 45% of people who use Twitter in the US also listen to podcasts monthly. Twitter will suggest podcasts to users that are aligned with their interactions on the app.

To have an even more tailored experience, you can either “thumbs up” or “thumbs down” a podcast to show Twitter your interests.

The Spaces and podcasts feature is currently being tested. Starting this week, a select group of global English-speaking audiences can check out the revamped Spaces Tab and provide feedback on its functionality.

Explained: What are supermassive black holes, the one which was photographed at the centre of The Milky Way- Technology News, Firstpost

Travel like a pro with Rosetta Stone, expert tips, and cheap airfares