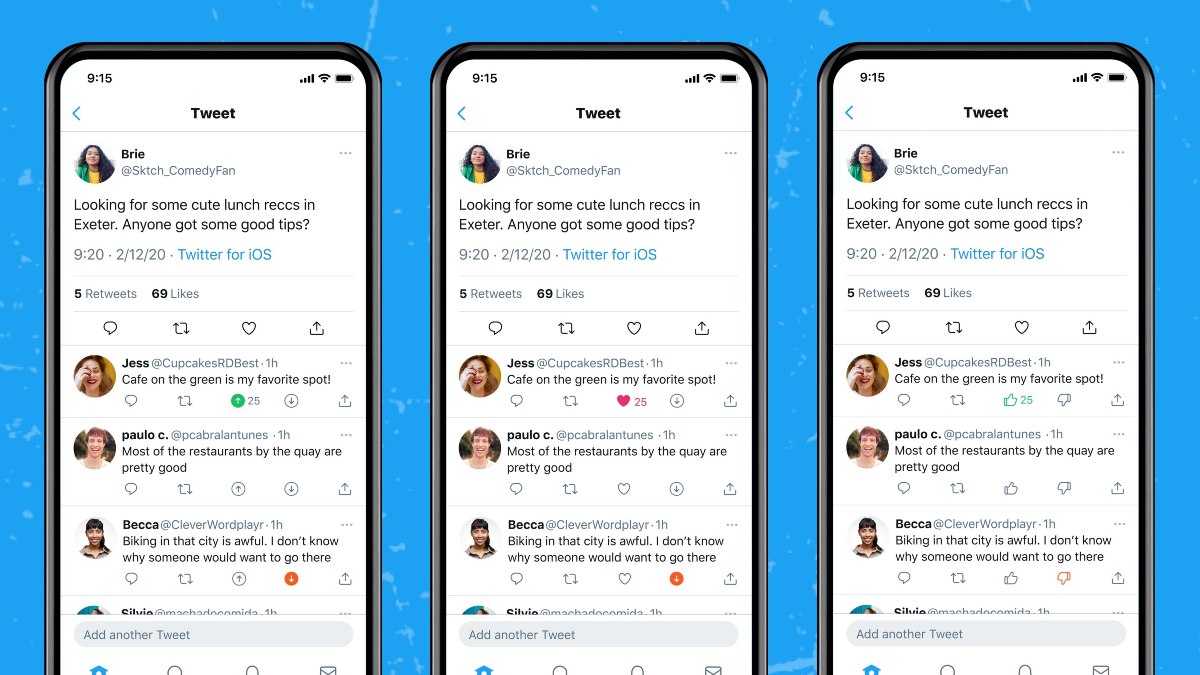 Twitter on Friday announced that it is expanding the experimental option to let users downvote replies within tweets to a global audience. The feature was initially tested with some iOS users last year. Twitter said that the option to downvote replies is to help understand the types of replies users find relevant in a conversation. Downvotes are, however, not visible to the public. This is unlike platforms including Reddit where both upvotes and downvotes are visible for public viewing to understand whether the masses have liked or disliked a particular comment.

As a result of the expansion, Twitter users on the Web will now start seeing the option to downvote a particular reply in a conversation. The experience will also soon be available to Android and iOS users around the globe, the company said in a tweet posted by the Twitter Support account on the platform.

It is important to note that your downvotes will only be visible to you. This means that other people on the platform will not be able to see which replies you have marked with downvotes.

Twitter also noted that the feature is only a test for research and votes will not change the order of replies.

In July last year, Twitter introduced downvote replies as the experimental feature to “work on ways to show” more relevant replies in a conversation. The microblogging network said that the initial testing helped understand that a majority of its users clicked the down arrow in their replies “either because the reply was perceived as offensive, or because they perceived it as not relevant, or both.”

Twitter also said that downvoting was the most frequently used way for people to flag content they didn’t want to see.

“People who have tested downvoting agree it improves the quality of conversations on Twitter. We’re excited to see how others think of it as it becomes available to more of you,” the company said.

Twitter might make downvote replies as a permanent addition to its platform to bolster its algorithms and make them more user-appealing in the future. However, the options to allow people to downvote or dislike a reply could negatively be used to mute dissenting views and opinions.

For instance, YouTube last year started hiding ‘Dislike’ counts from its site to protect creators from harassment and targeted attacks. Facebook in the past also considered adding a ‘Dislike’ button, but it has not yet rolled it out for the masses. The company instead brought reactions where people can express their views about a particular comment or reply with an emoji.


Jagmeet Singh writes about consumer technology for Gadgets 360, out of New Delhi. Jagmeet is a senior reporter for Gadgets 360, and has frequently written about apps, computer security, Internet services, and telecom developments. Jagmeet is available on Twitter at @JagmeetS13 or Email at jagmeets@ndtv.com. Please send in your leads and tips.
More

Instagram Rolls Out ‘Take a Break’ Feature to All Countries Including India, Will Nudge Young Users to Enable Feature

OTT is a blessing for character artistes like us: Sharat Sonu