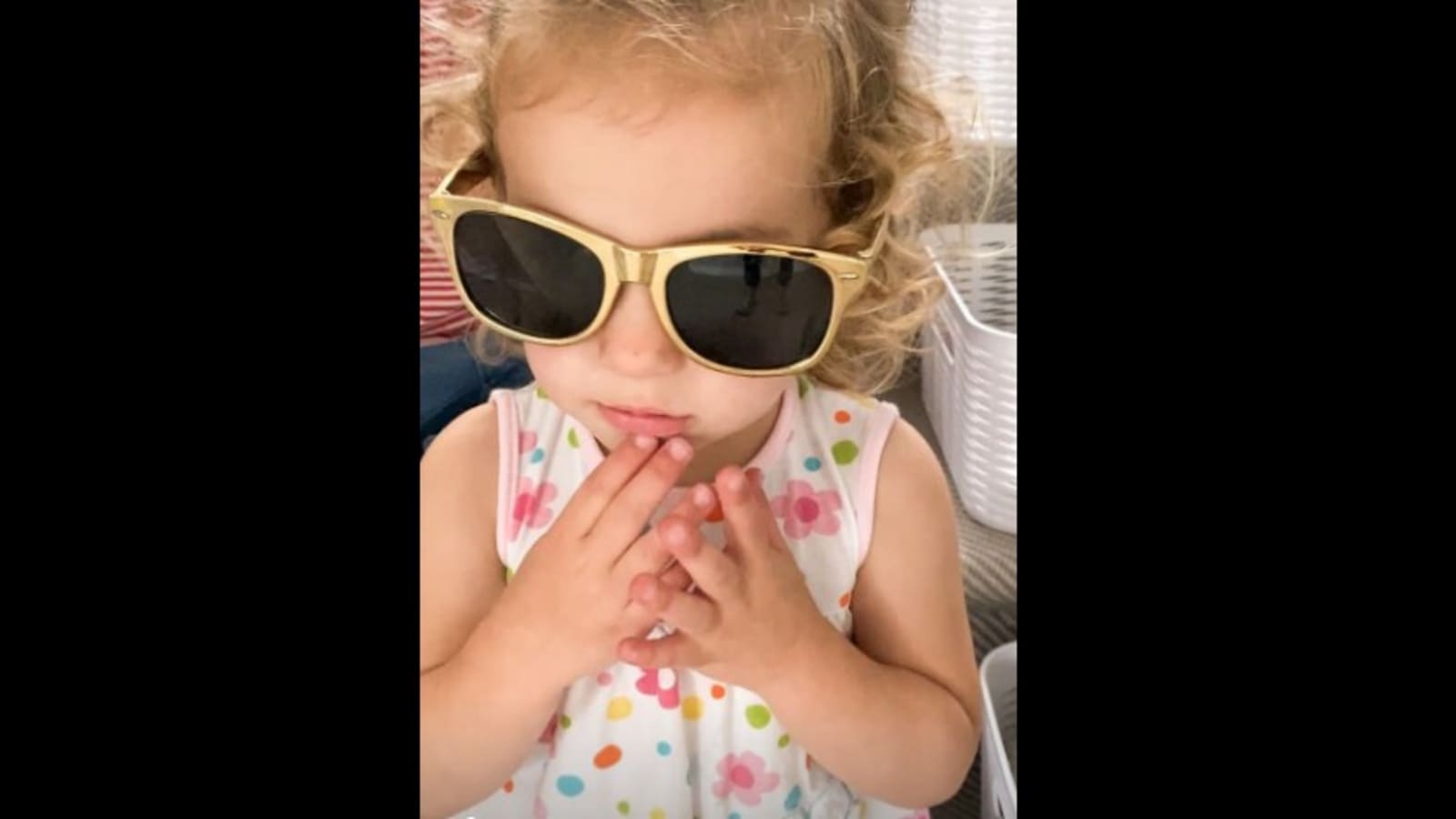 As children grow up, they often learn to team up with each other against their parents and pull off the funniest of pranks. These often end up becoming some of the most cherished memories of their life. The videos that showcase such adorable moments are also a definite hit all over social media, especially when the children are way too young to start pulling pranks. And that is exactly the case in this one Instagram video that has been going viral for the right reasons.

The video opens to show the two little baby girls who happened to be twins in the frame. Both of them can be seen to be a little preoccupied as they are fiddling with things. One of them can be seen holding an apple, while the other one can be seen trying to wear some sunglasses. This is when their mom asks the former what her name is. To her surprise, the latter also repeats the same name for herself – Jayna. The mom doesn’t think it’s funny anymore and this makes for quite a hilarious viral video.

“When your 2.5 year old twins are already playing games on you. Will the real Jayna, please stand up, please stand up?” reads the caption that comes along with this viral video. It was shared on the Instagram page dedicated to these twins named the Fox Twins who have almost 32,000 followers

The video was posted on Instagram on May 30 and since then, has garnered several comments from people who couldn’t stop adoring the quick wit on the duo. It has also received more than 74,000 likes on it so far.

An Instagram user writes, “The smile as she puts the glasses on…she KNOWS!” “Sorry, but it’s very funny,” reads another comment. A third comment relates, “Hahaha love her! My sister and I used to switch clothes and everything but we never fooled my mom! My dad and other people, yeah, sure. But my mom will never get confused.”

What are your thoughts on this viral video featuring twin baby girls?

Nakuul Mehta says he says ‘can’t live without’ wife Jankee Parekh as he dedicates cute video to her. Watch