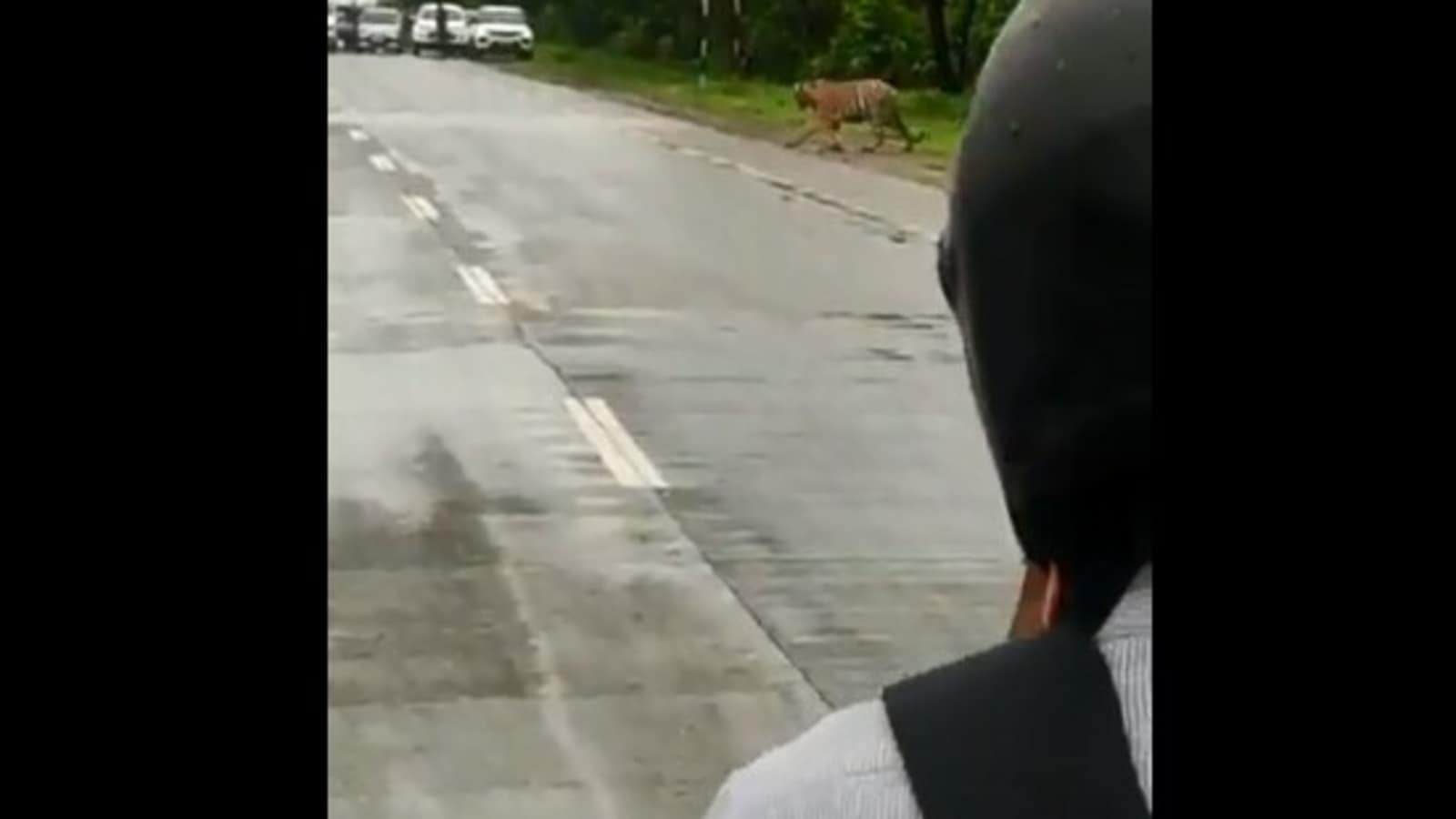 IFS officer Parveen Kaswan often takes to Twitter to share interesting videos that leave people stunned. From raising awareness about wildlife to talking about the various wild animals, his tweets are of different types. Just like his recent share that shows an incredible scene. It shows traffic stopping to make way for a tiger crossing a road.

“Green signal only for tiger. These beautiful people. Unknown location,” he wrote and posted the video. The clip opens to show a person, presumably a traffic cop, asking people to stop their cars and bikes. The reason behind it soon becomes clear as the video shows a tiger crossing the road at a distance. The big car emerges from one side of the road then vanishes into the jungle next on the other side.

The video has been shared a day ago. Since being posted, the clip has accumulated more than 81,000 views and the numbers are only increasing. Besides, the tweet has gathered nearly 4,700 likes. The video has also prompted people to post various kinds of comments. A few shared that a bike’s number plate suggests that the incident took place in Maharashtra.

“Surprising! We go around in thick forest on safari to get a glimpse of at least one tiger…but always come back without a trace! Here…this beast is crossing such a highway at ease… and looking at commuters. It appears to be a normal affair,” shared a Twitter user. “Brilliant. Human beings must learn to be humble when faced with these majestic lords of the jungles,” commented another. “Really very nice. Hats off to beautiful people esp. our Forest deptt staff,” posted a third. “Majestic,” wrote a fourth.

How to get into tech as a teacher | ZDNet

This realistic king cobra is not a snake but entirely made of chocolate. Watch