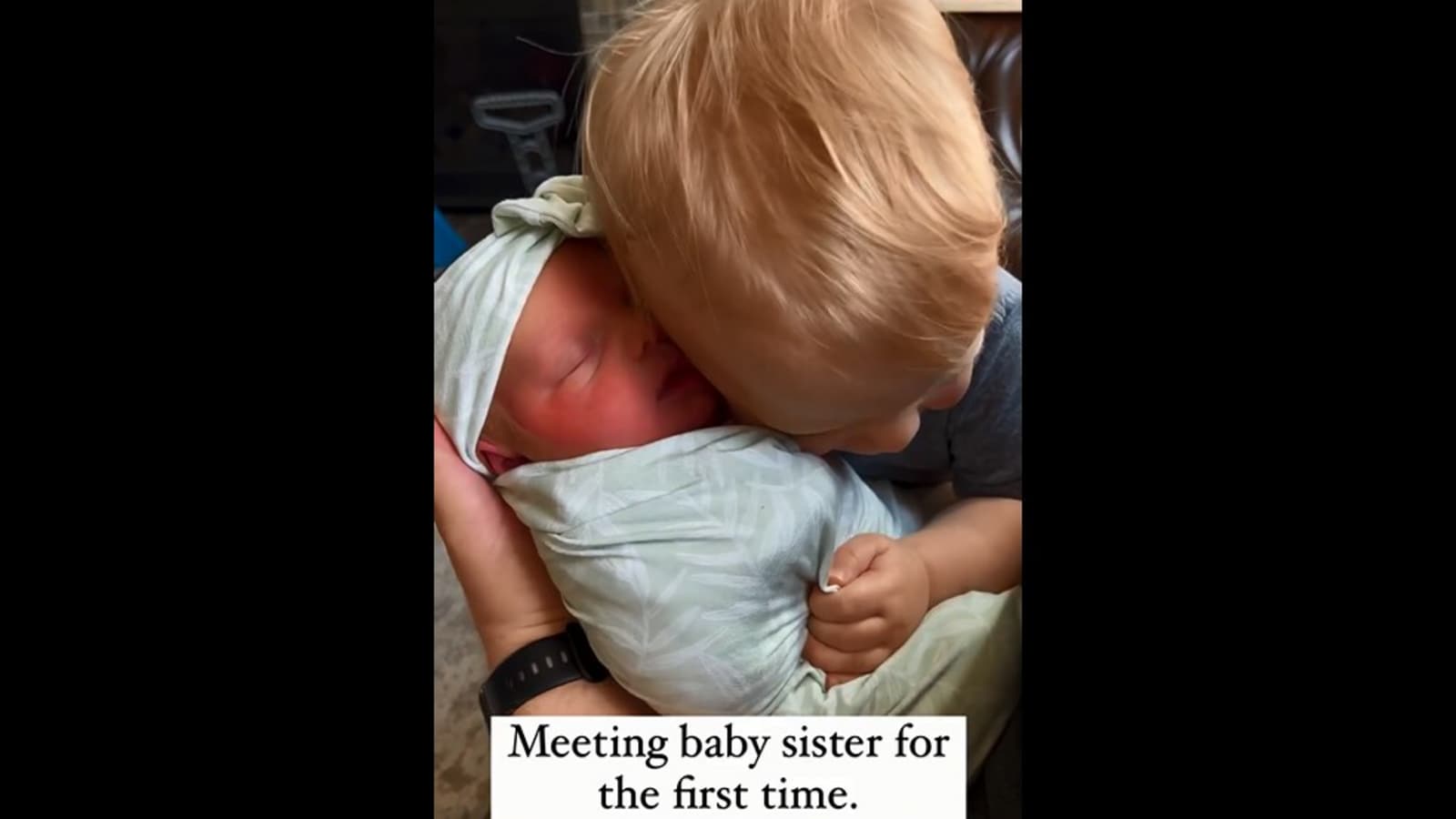 The post about the toddler telling his newborn sister that he loves her was posted on Instagram.

A post about a sweet interaction between a kid and his little sister has left people smiling. A video also shows the moment he first met his sister and it has won people’s hearts since being posted on Instagram. There is a possibility that the video will warm your heart too. Also, the caption posted along with the clip may leave you emotional as well.

The video was posted by the mom on her Instagram page. She also posted a detailed caption that paints a picture of the kind of relationship the toddler and his little sister share. “Cedar is so love in love with his sissy. She makes a lot of noises so he calls her “Squeaky”. He tries to share his toys, food, and pacifiers with her. He also loves to push her in her stroller and watch her sleep in her bassinet,” she wrote.

“Yesterday, she was crying and we told him that she was hungry, so he ran into the kitchen, grabbed a “sauce sauce” (applesauce pouch), said “ummy” (yummy) and tried to give it to her. He’s even held her face in his hands and said “I wa Squeaky” (I love Squeaky), and he really does. The hardest part is that he gets frustrated that he can’t carry her around and hold her,” she posted.

The video she shared showcases the first time the kid met his sister. Take a look at the video:

The video has been posted a few days ago. Since being shared, the clip has accumulated more than 5.5 million views and counting. The share has also prompted people to post various comments.

“Oh my goodness!!! Precious,” wrote an Instagram user. “That’s the sweetest reaction,” shared another. “Omg that is so cute! Congratulations! She is beautiful!” posted a third. “This is the absolute cutest thing ever,” expressed a fourth.

What are your thoughts on the video? Did it leave you smiling?