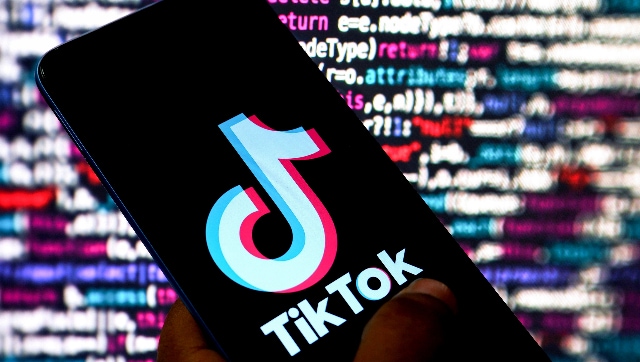 Despite making several headways into the US market, TikTok faces a “permanent ban” in the country, thanks to a recent bipartisan bill that was introduced in the Senate and House of Representatives. Republican Senator Marco Rubio and Republican Congressman Mike Gallagher, the two authors of the bill, say it is the only way, lawmakers feel, that TikTok can truly be stopped from collecting sensitive data on Americans for the Chinese Communist Party, and stop the CCP from influencing elections in the US.

In 2017, China introduced the National Intelligence Law which required all social media and internet companies, to hand over all user data that they get every year. This is the reason why many countries find it difficult to trust TikTok, ByteDance and other apps that originate in China. Image Credit: Pexels

In August 2020, the then President of the United States, Donald Trump had signed an executive order that effectively banned TikTok in the US. Along with TikTok, several other apps on both Android and iOS ecosystems, which had roots in China and in companies connected to the CCP, were banned. These included apps like WeChat, Alibaba etc.

Trump’s ban in effect was lifted when a federal judge in Pennsylvania issued an injunction that blocked the restrictions that would have otherwise blocked TikTok from operating in the US in November of the same year.

In September last year, President Joe Biden announced that TikTok would remain accessible in the US once a deal could be worked out to assuage national security concerns. At that time, Biden said it would take months for his administration to weigh all the potential risks involved in inking the deal. However, several senators and congressmen have decided to support the Republican bill.

The bill, which is officially known as the ‘‘Averting the National Threat of Internet Surveillance, Oppressive Censorship and Influence, and Algorithmic Learning by the Chinese Communist Party Act’’ or the ‘‘ANTI-SOCIAL CCP Act,” is designed to block and prohibit all transactions by social media companies controlled or influenced by “countries of concern.” The legislation specifically names TikTok and owner ByteDance as existing national security threats. If passed, its provisions would also extend to any social media platform controlled by other US foreign adversaries, including Russia, Iran, North Korea, Cuba, and Venezuela.

“Allowing the app to continue to operate in the US would be like allowing the USSR to buy up the New York Times, Washington Post, and major broadcast networks during the Cold War,” Gallagher said.

Gallagher and Rubio pointed to LinkedIn profiles connecting ByteDance employees with China propaganda outlets, as well as a concerning report from Forbes, showing that TikTok “planned to use the app to monitor the locations of American citizens for undisclosed purposes unrelated to advertising.” In a joint press release, Gallagher and Rubio called giving Americans access to TikTok is like giving access to “digital fentanyl that’s addicting Americans, collecting troves of their data, and censoring their news.”

The Bill has found a supporter across the political aisle from Democrat Representative Raja Krishnamoorthi.

China, in 2017, introduced a law called the National Intelligence Law which required all social media and internet companies, to hand over all data that they get.

Krishnamoorthi said that because of concerns over TikTok data, he’s found that there’s “widespread concern” on “both sides of the aisle” in Congress over how to handle TikTok’s growing influence and popularity in the US. For Kirshnamoorthi, the only acceptable way for TikTok to keep operating in the US would be if Biden could make it so that “it’s controlled by an American company or American interests.”