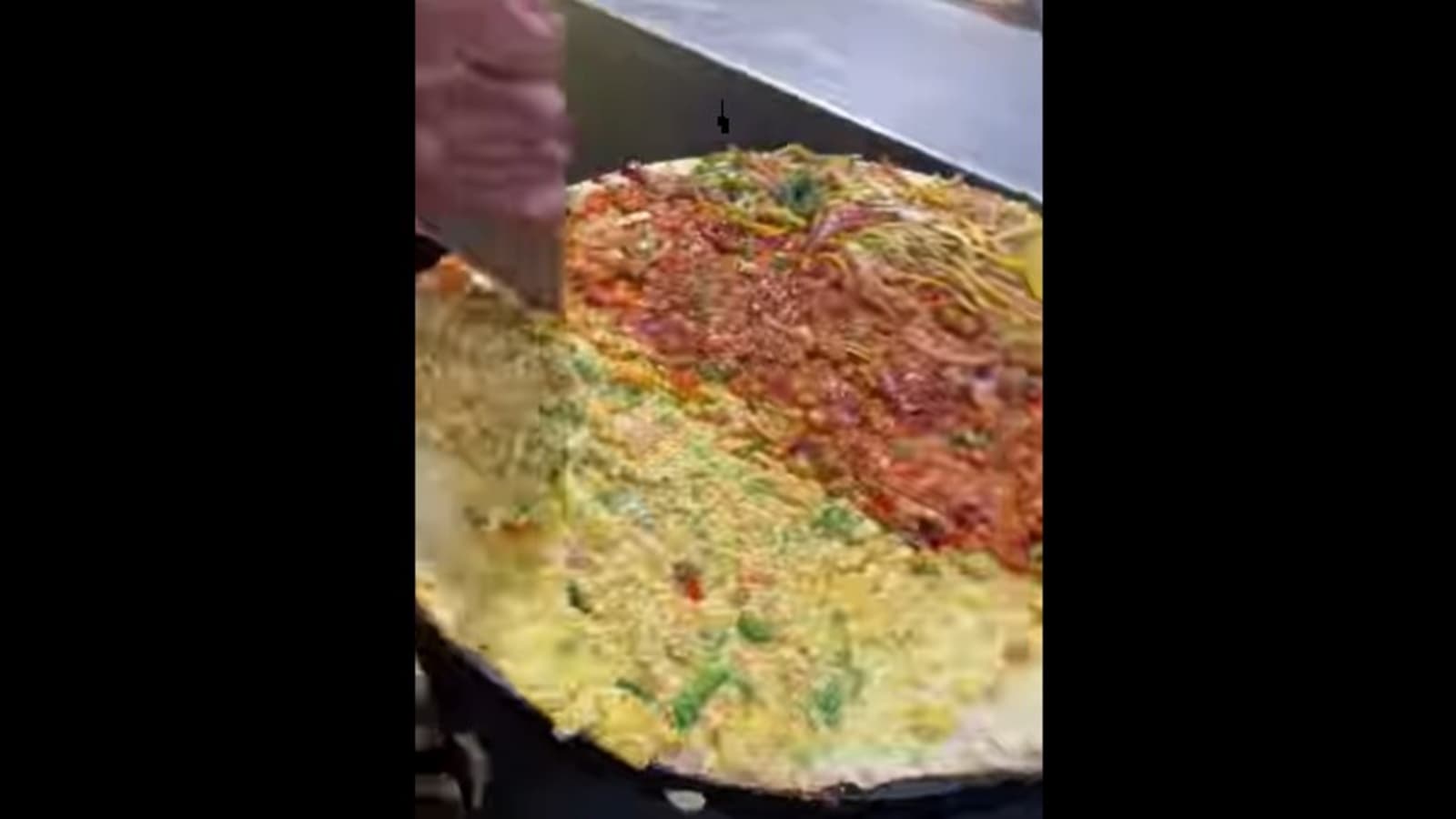 This dosa made at Ayyer Ji Dose Wale in Delhi, shows a three-in-one, fusion version of it that is now a viral video.

There certainly isn’t a lack of fusion foods when it comes to eateries trying to make the most of this trend. Lately, there have been viral videos that show gol gappa ice-cream or maybe some Maggi paratha. But this video posted on Instagram is a combination of three kinds of filling in a regular old dosa.

The video opens to show the man who was preparing the dosa, spreading some batter on the tawa. As the video progresses, viewers can see how he spreads three kinds of fillings onto the dosa, instead of the regular masala filling. The first filling looks like it is some kind of paneer preparation, the next kind looks like some vegetables prepared in a typical Indo-Chinese fashion. Lastly, he adds some chowmein into the dosa and this might be what created a stir on the Internet.

This unique kind of fusion dosa was made at an eatery called Ayyer Ji Dose Wale located in Geeta Colony, East Delhi. The caption that this food video was posted with, reads, “Have you ever tried this?” It is complete with a hot face emoji.

The video was posted on Instagram on January 13. So far, the video has received more than 50,000 likes. It has also received varied comments from netizens, most of whom wish to try this dish.

“Wow, looks super delicious,” commented an Instagram user, followed by some heart-eyed emojis. “Awesomely delicious,” posted another. However, some Instagram users beg to differ and say that they would rather like to have dosa with its traditional masala. A comment from one such individual reads, “Original is the best.”

What are your thoughts on this food video?

Urmila Matondkar recalls working with Saroj Khan: ‘She taught me a lot of things, had ringmaster’s precision’

Elon Musk has an excuse to potentially back out of Twitter Deal, 50% chance the deal goes through, say analysts- Technology News, Firstpost