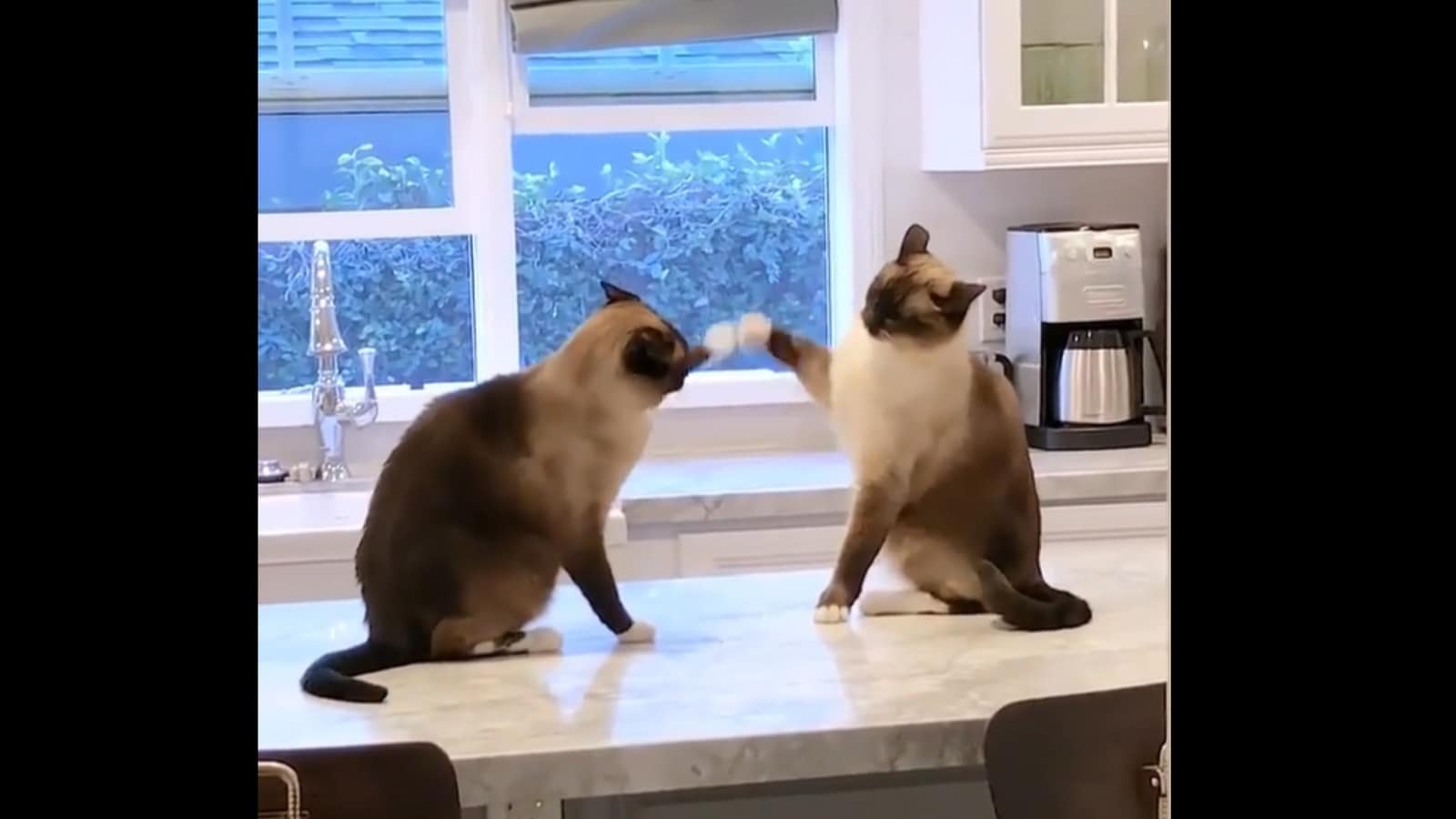 Cats undoubtedly have dynamic personalities. From their excursions with the mirrors to sneaky missions to steal snacks, they have got it all to uplift your spirits instantly. The videos of cats being cats never fail to steal a laugh from netizens. That is exactly what this Instagram video is doing which showcases a hilarious ‘paw-xing match’ between two kitties named Willoughby and Maisie.

The video was posted by an Instagram page dedicated to cats with the username @cats_of_instagram. The caption read, “From @mellamprey: “I feel like this fight lacks conviction. Pick a winner! Willoughby vs Maisie,” with a boxing glove emoticon and the hashtag #catsofinstagram. The video shows two kitties tapping their paws with each other. In the voiceover, a male voice introduces both the cats and their attires, “brown trunks and white gloves,” as if they’re in a fighting ring.

The video was originally posted on the Instagram account @mellamprey which is dedicated to a non-profit pet rescue organisation.

The video has garnered over 2 million views since it was re-shared a day ago. The share has also prompted people to post their reactions in the comments section. “Definitely Rock, paw-paw and scissors,” read a response from an Instagram page dedicated to a cat named Prin Jones. “Definitely an easy rumble,” read a comment with a shocked-cat emoticon from an Instagram page devoted to a cat named Nico.

An Instagram user commented, “They are just practicing their high fives!” with heart emoji. “I need to know how this ends. I’m guessing like the final scene in Rocky,” wrote another.

Watch the Trailer for Netflix’s Jamtara Season 2, Out September 23