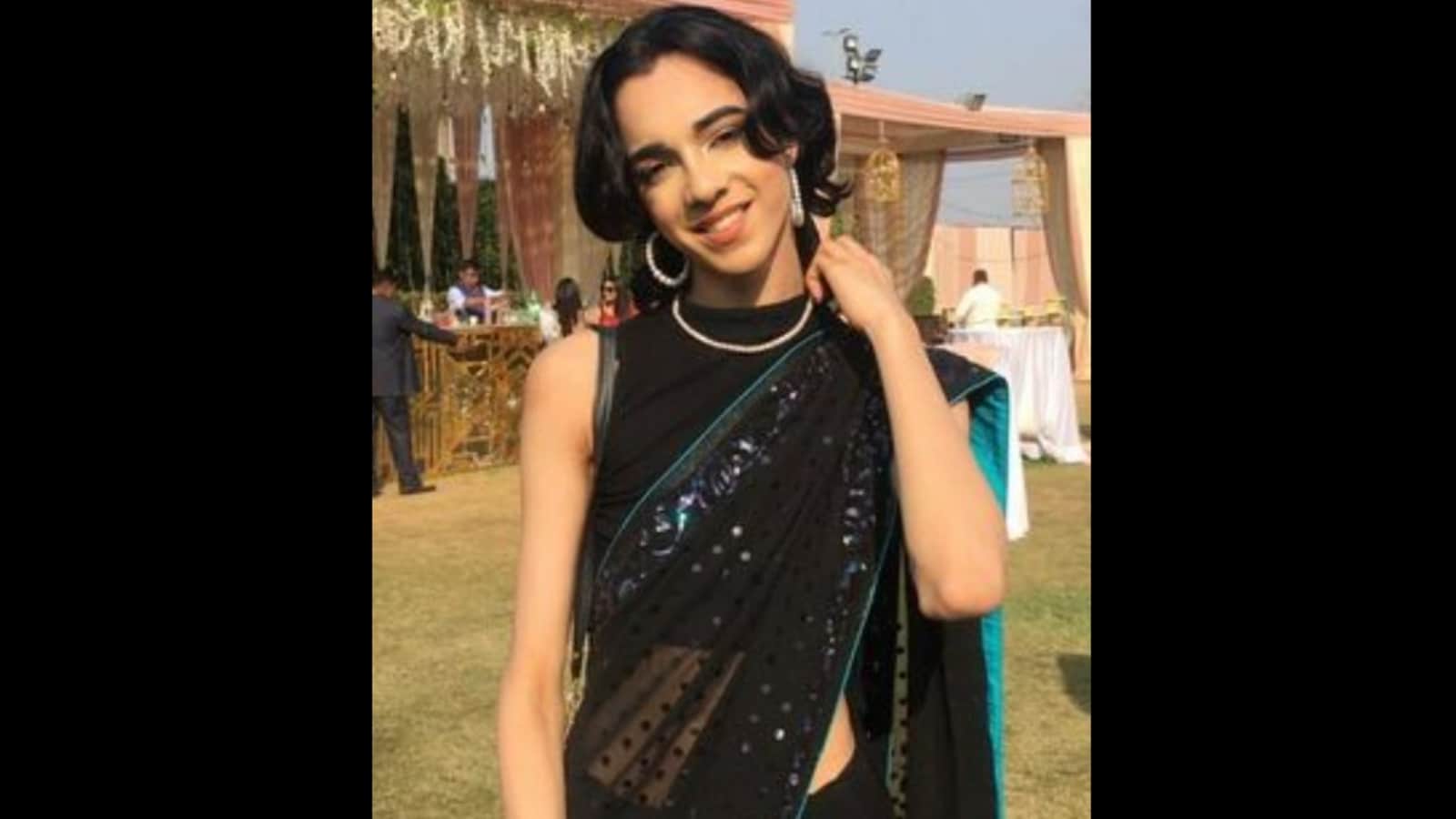 The day of one’s school farewell is made all the more cherishable with one’s clothing. Be it Indian or western, students turn up in their most stylish attires and that is exactly what one student named Sanat did in a video that went massively viral. More so, because they broke gender stereotypes when it came to going with a saree on the occasion where the dress code is usually traditional and divided according to the binary. Along with the outpouring of support that came with it, Hindustan Times reached out to them.

Sanat has over 21,000 followers on their Instagram page and uses he, she and they pronouns which they use interchangeably. “The kind of clothing that is marketed as ‘women’s clothing’ has always intrigued me more than ‘men’s’ – ever since I was a child. So I used to wear my mom’s heels often,” they share.

In the caption to the video shared on February 21, Sanat writes, “I’ve been dreaming of wearing a saree to my school events for a long time. But I honestly didn’t have the courage to. Even a few days before the farewell I almost chickened out.”

Take a look at it:

Talking about their experience wearing a saree for the first time in public, Sanat says, “I have worn a saree before, when I had collaborated with a fashion creator while I was in 10th grade and then again on Diwali, this time was different as it was the first time wearing it out in public and outside of my home.”

“I wanted to initially dodge my daadi [paternal grandmother] but she took note of my attire when I walked in to get some money and called me into her room. Though she didn’t exactly understand the point of it, she still complimented me and made me feel beautiful just like my mom did. It was the same case at school because nobody made a big deal out of it and treated me as normally as I wanted to be treated,” they add.

Sanat tells us how they just wish to normalise self-expression through clothing, irrespective of one’s gender. “So many little kids, especially little boys who wanted to wear sarees, have gotten in touch with me and let me know how my video has inspired them to take it up just as I had been inspired back when I joined social media and saw men wearing makeup and wearing whatever they wanted.”

Coming to their favourite saree icons, Sanat explains how it’s their mother whose saree looks and collection have had the greatest impact on them. “Other than this, I also look up to influencer Komal Pandey because she loves to mix and match her saree looks with contemporary clothing and that is something I aspire to do as well,” they conclude.

What are your thoughts on celebrating breaking gender stereotypes, more so during Pride Month?

Asus ROG Phone 6 is set to launch in July. Here’s what we know about the device so far- Technology News, Firstpost