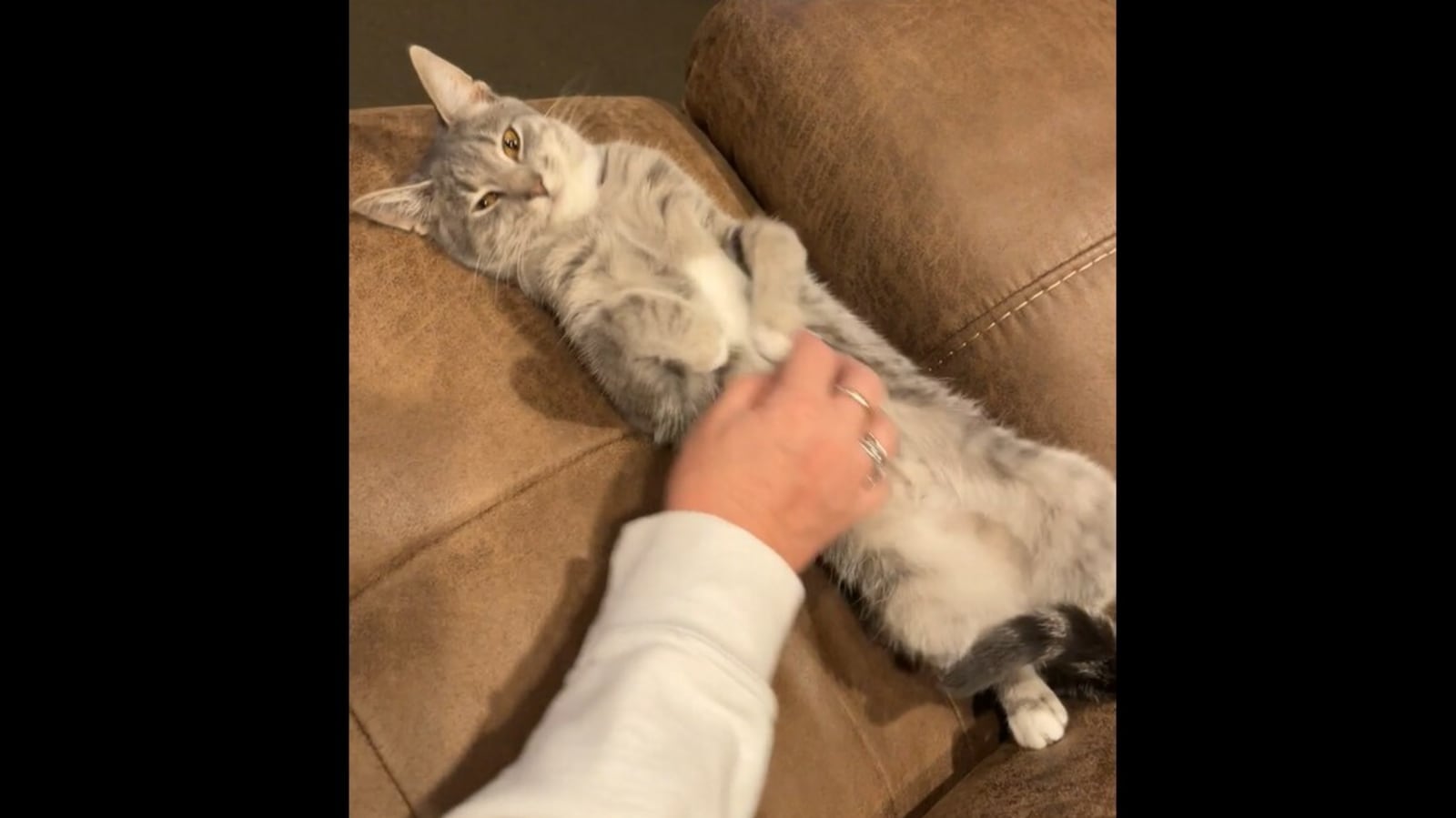 There are enough videos on the Internet that shows adorable dogs enjoying belly rubs. In fact, there are so many videos that shows doggos asking their humans for belly rubs because they love them so much. This video posted on Reddit, however, shows a gorgeous cat, named Butter, enjoying some TLC. And watching her video will likely leave you feeling calm as well.

“Butter girl loves the belly rub,” reads the caption shared along with video. In the clip, the cat can be seen lying comfortably on a couch. While the cat rests, her human is seen petting her. The cat seems to enjoy the TLC. With the weekend almost here, one can only hope to be as relaxed as this sweet kitty.

Shared three days ago, the video has collected nearly 2,000 upvotes and several comments.

“Aw, my boy is the exact same way. Absolutely loves his chest rubs! Your girl is adorable,” posted an individual. “My kitty loves her belly rubs, and then gently slashes you with all four sets of claws when she has decided she’s had enough,” wrote another.

“She looks like she’s in 7th heaven. Such a cutie,” added a third. “My heart melts!” reacted a fourth. Well, ours too.

What do you think about this video of Butter the cat?

NASA invites people to send their name to the Moon aboard Artemis I, ‘where is the gate?’ asks internet- Technology News, Firstpost