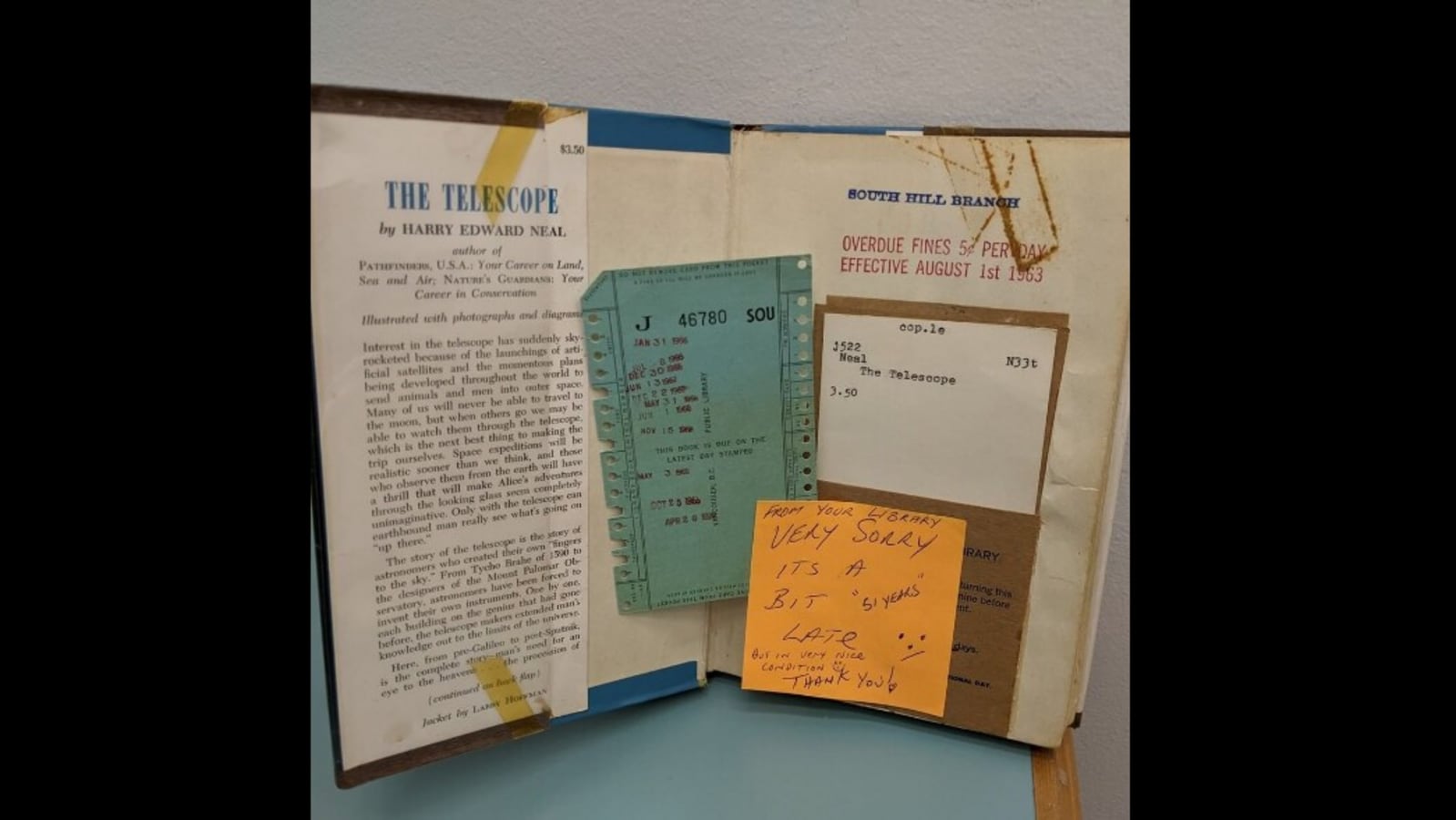 For anybody who has ever borrowed a book from their local library, the due date often becomes a problem. Many people don’t finish reading the book on time and even incur some late fees when it comes to returning the book to the library. Some even renew the book if they have not finished reading it just yet. And that might just have been the case with this book that was borrowed from the Vancouver Public Library in Canada. You might have a good laugh when you will get to know what exactly happened with this particular book.

The Vancouver Public Library that functions under the City of Vancouver in Canada, recently took to their Instagram page in order to share about a book that had been borrowed from them. A patron recently returned a book with a message apologising for the book’s 51-year overdue status. The book, The Telescope by Harry Edward Neal, was just returned with a sticky note apologising for its lateness, according to the Vancouver Public Library.

This post was shared with a caption that reads, “Such a sweet note in this book returned to our South Hill Branch *slightly* overdue (51 years!). With our recent removal of late fees… they won’t get charged a cent for their late return! Eliminating fines = greater access to all.”

Shared on June 7, this post has garnered over 500 likes and several witty comments.

An Instagram user writes, “I’ve been looking for that one!” “Hope they had the time to read it,” reads another comment. A third comment reads, “Better late than never, indeed!” It was accompanied by the emoji of a laughing face with tears in its eyes.

What are your thoughts on this overdue library book that was returned after 51 years?

Pet dad carves watermelon helmets for his dog who rocks them. Watch