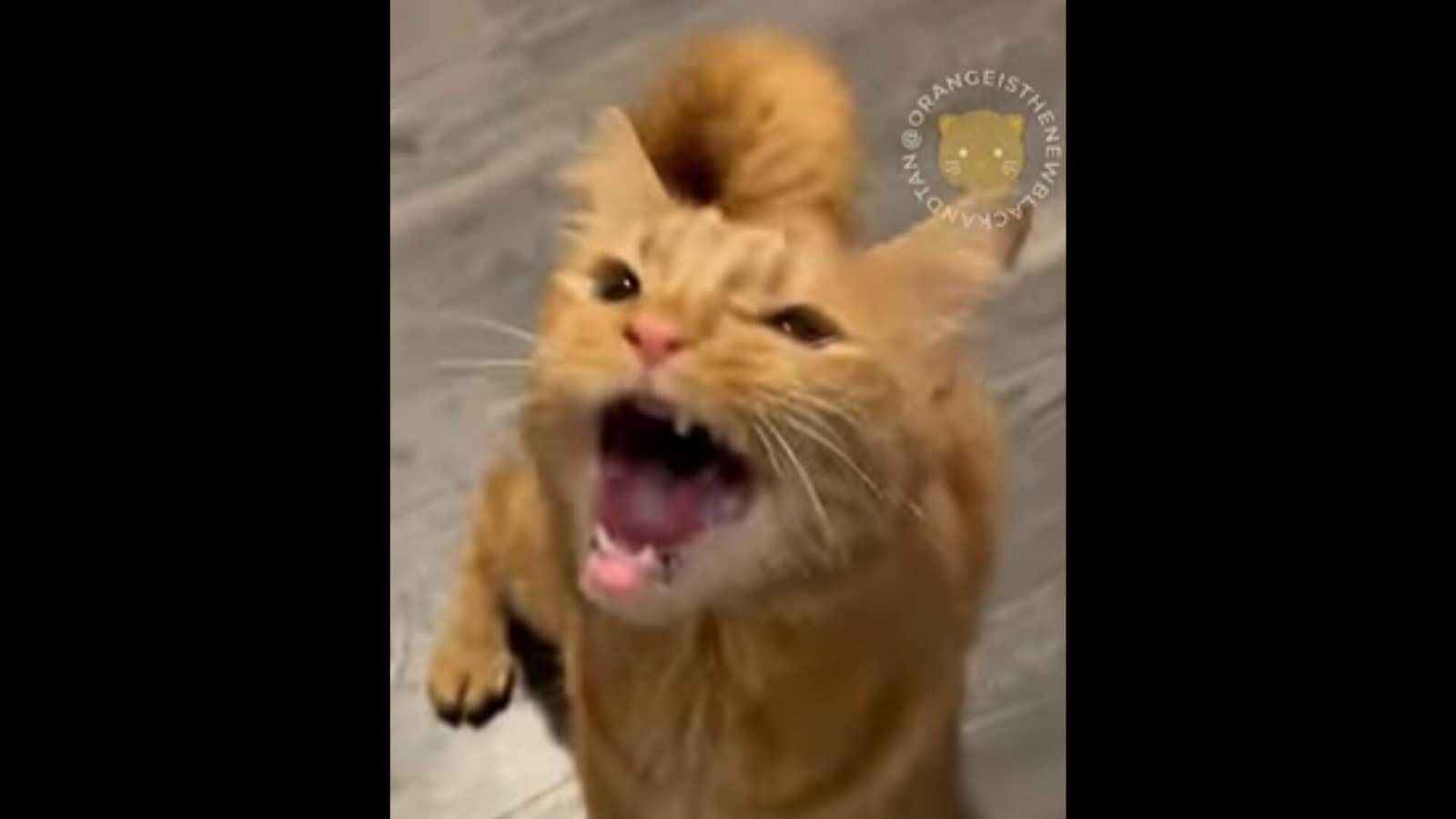 A lot of us might get cranky if we do not get food on time but very few reactions can beat the one of a particular cat in a video that has steadily been going viral on Instagram. It opens to show how a cute cat throws a fit after not being served food at exactly the time that it is used to. The video that has been shared on Instagram has been posted on the page that is devoted to three cute kitties named Phineas, Tyrion and Holly. And this page that is dedicated to these three felines has over 5.43 lakh dedicated followers on it who look forward to daily updates in the form of photos and videos of these cats’ day-to-day antics.

While the video of the cat is extremely cute, many have noted how the cat was having difficulty staying stable in one place. For this reason, the caption of this video clarifies, “Wondering why Phin is so wobbly? He was born with a condition called cerebellar hypoplasia! This means his cerebellum never fully developed, so he’s missing a lot of neurons important for proper coordination. It doesn’t get worse or better over time, and it’s not treatable, but it isn’t painful, and he’s a very happy cat despite his disability!”

Since being uploaded on Instagram just three days ago, the video has gotten more than 27,000 likes.

On Instagram, one person notes, “To be fair to Phin, doesn’t 8.3 seconds work out to roughly 2 weeks in cat years?” “Listen to what he says!” another user exclaims. A third response humorously shares, “Not fed exactly on time, so instantly falls over due to starvation!”

Dutch singer sings AP Dhillon’s Excuses and it is too good to miss. Watch