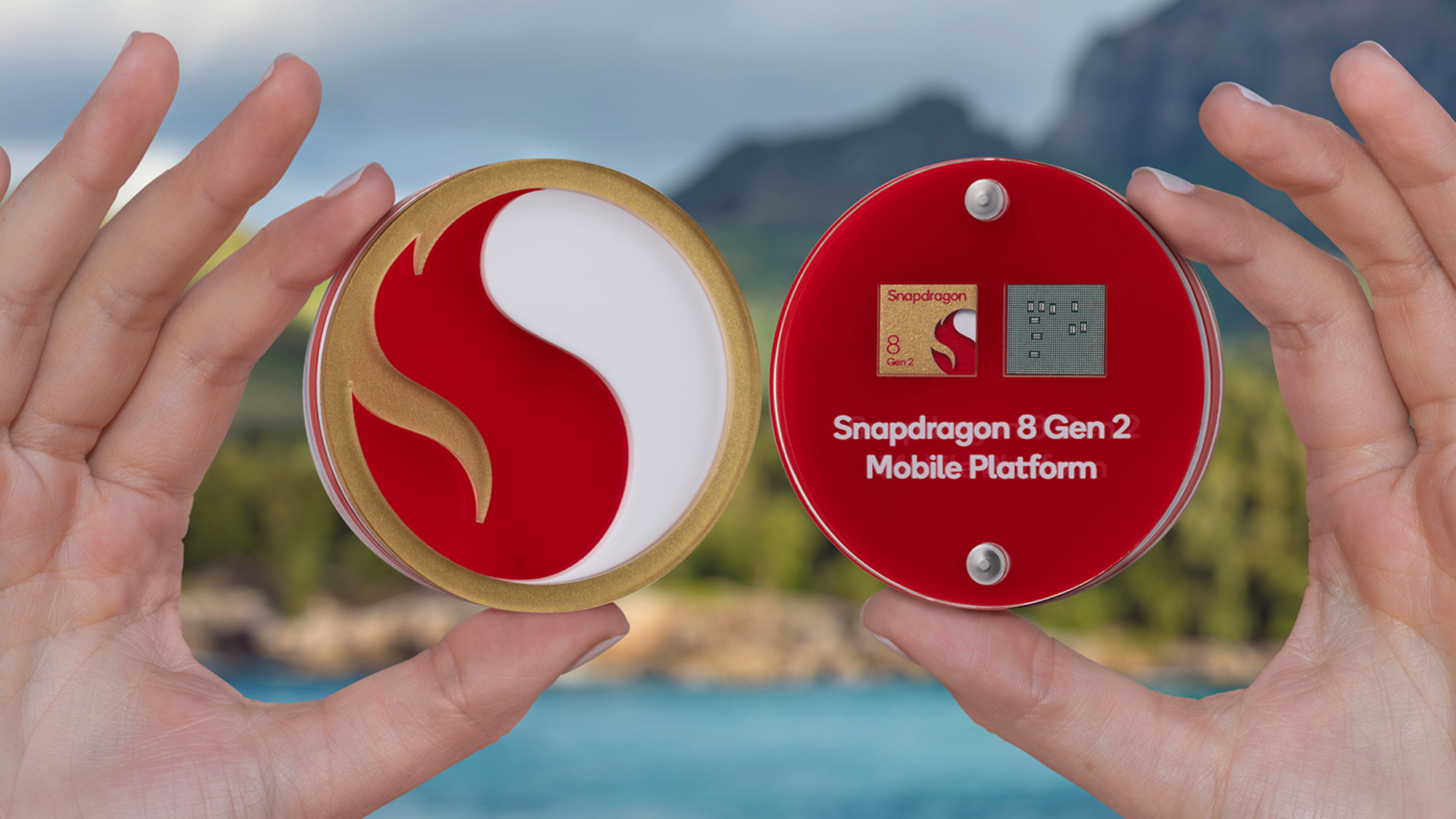 Predictable naming aside, the Snapdragon 8 Gen 2 builds on the last-generation model in some meaningful ways, ensuring that new Android phones can deliver top-tier gaming performance, excellent connectivity, and more.

Phones with the new chipset aren’t far off, either. According to Qualcomm, we’ll start seeing phones with the Snapdragon 8 Gen 2 before the end of the year. And the likes of ASUS, Honor, Motorola, ZTE, and Xiaomi have all committed to including it in their next-generation phones.

Qualcomm brought me to its annual tech summit to find out everything you need to know about the Qualcomm Snapdragon 8 Gen 2, and what it means for your next Android phone.

Perhaps the most important aspect of a new mobile chipset has to do with how well it performs. The Snapdragon 8 Gen 2 offers a new Kryo CPU, which offers one prime core that runs at 3.2GHz, four performance cores at 2.8GHz, and three efficiency cores at 2.0GHz. The result? According to Qualcomm, the chipset is 35% faster than the Snapdragon 8 Gen 1, and up to 40% more power efficient. We’ll have to wait until we actually get devices with the Snapdragon 8 Gen 2 to see if that holds up, but if Qualcomm’s estimates are anything to go by, it certainly is promising.

The chipset brings some improvements to the camera too, and is the first to offer Qualcomm’s new Cognitive ISP. What does that mean? Basically, it means that the chipset can automatically enhance photos and videos using a neural network — which helps make the camera aware of things like faces, hair, clothes, and so on. The result should be more detailed shots with better support for things like portrait mode, though we’ll have to wait and see just how much better it really is.

Along with the Cognitive ISP, the Snapdragon 8 Gen 2 also supports new camera sensors, like the Samsung ISOCELL HP3, which is a huge 200-megapixel sensor. And the chipset supports the AV1 codec at an 8K resolution and 60 frames per second.

As you would expect from Qualcomm, the Snapdragon 8 Gen 2 offers the latest and greatest connectivity tech. The chipset comes with the Snapdragon X70 modem, coupled with the Qualcomm 5G AI Processor, to deliver peak download speeds of up to a massive 10Gbps. Now, you won’t likely get that in the real world, but under the right conditions, you should expect great download speeds.

The chipset also supports Wi-Fi 7, and while there aren’t many routers and other devices that support Wi-Fi 7, a phone with the Snapdragon 8 Gen 2 will at least be ready for them once they are out.

Qualcomm is touting artificial intelligence as the heart of what makes the Snapdragon 8 Gen 2 a great product. The chipset comes with Qualcomm’s latest AI Engine, which can play into things like intelligently handling 5G networks, natural language processing, and more. Not only that, but it also supports INT4, which is a new AI precision format that can deliver up to 60% savings in performance per watt. So, your phone will be able to do the same AI-powered tasks with energy savings of up to 60%, ensuring that your device stays nice and charged up.

Elephant takes drum lessons in viral video, plays it with its trunk