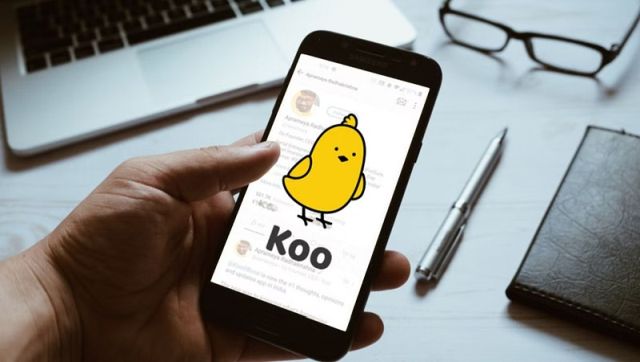 Ever since Elon Musk took over Twitter, things have been chaotic at the social media platform — with sudden feature announcements and the pullbacks, mass layoffs, resignations en masse, and an exodus of users.

Amid this commotion, many Twitter users are looking for alternatives, with Mastodon already emerging as a worthy competitor. Now, India’s own microblogging platform Koo is also emerging as an option for more users and trying to position itself as the next Twitter, should the now Elon Musk-controlled platform crash and burn, as unlikely as that may seem.

We take a closer look at Koo and how it’s expanding its user base across the world.

Koo, which caters primarily to non-English users, was launched in early 2020 by entrepreneurs Aprameya Radhakrishna and Mayank Bidwatka.

It rose in prominence after winning the government’s Atmanirbhar App Innovation Challenge and also when Prime Minister Narendra Modi mentioned it in his Mann ki Baat address.

However it grew significantly in 2021 when the Centre was embroiled in a struggle with Twitter over blocking of certain accounts. Soon after, Commerce Minister Piyush Goyal, then Law & IT Minister Ravi Shankar Prasad, Members of Parliament Tejasvi Surya and Shobha Karandlaje, former Karnataka Chief Minister BS Yediyurappa, Isha Foundation’s Jaggi Vasudev and former cricketers Javagal Srinath and Anil Kumble joined the platform.

Moreover, Union IT ministry, India Post and the Niti Aayog created accounts on the platform.

Since then, the social media networking site has clocked 50 million downloads, claiming to become the second largest microblogging platform in the world.

Interestingly, both platforms are similar — they both are meant for quick takes, both have verified user accounts. However, the distinguishing factor between the two is that Koo allows users to use their KYC document to self-verify for a green tick, and gives celebrities an VIP users “yellow ticks of eminence”.

Ever since the launch of Koo, which prides itself on supporting non-English languages, its user base has grown — a whopping 50 million downloads in this year itself — and recently the microblogging platform was launched in Brazil with support for the Portuguese language.

According to a statement made by Koo, it was downloaded over a million times within two days in Brazil alone.

The post read: “Just 20 per cent of the world speaks English. Eighty per cent of the world speaks a language native to its land. Most global products have a broken experience in languages. Nobody has as yet created a language-immersive experience for expressing and connecting with the world… We saw a gap that could be addressed in the whole world. This is the insight behind Koo.”

Since launching, “Koo has recently witnessed two million Koos (or posts) and 10 million likes within 48 hours, by users in Brazil alone.”

Koo was also launched in Nigeria in June last year after Twitter was indefinitely suspended in the country. Within hours of its launch, the Government of Nigeria too had joined Koo.

The Bengaluru-based microblogging platform has also announced plans to expand to the United States, with Aprameya Radhakrishna, the co-founder and chief executive of Koo, saying, “This is our moment!”

Not just the US, but the co-founders also plan to take the app to Indonesia, Bangladesh, Malaysia, the Philippines, the Middle East and Africa.

Interestingly, the turmoil at Twitter has also attributed to Koo’s growing performance with Aprameya being quoted as telling CNBCTV18 that there’s been an influx of users since Musk’s Twitter takeover.

“With the changes happening at Twitter, we did see a spike in new user acquisition. It’s been higher than usual. It’s clear that people around the world are looking for alternatives to Twitter. We are in the best position to fill this void,” Aprameya told CNBCTV18.com.

Additionally, the homegrown platform is also planning to make use of the workforce laid off by Twitter.

Koo’s co-founder Mayank Bidawatka, in a recent tweet, said the company is planning to hire some former employees of Twitter as his company keeps expanding. He said the employees who lost jobs “deserve to work where their talent is valued”.

Very sad to see #RIPTwitter and related # to this going down.

We’ll hire some of these Twitter ex-employees as we keep expanding and raise our larger, next round.

They deserve to work where their talent is valued. Micro-blogging is about people power. Not suppression.

Koo’s main selling point and what has attracted such a user base is that the platform allows people to use their local language to communicate. “People express their views freely on Twitter and Instagram but it’s mostly in English and those who don’t know the language find it tough to do so. Hence, working on an India-first approach made sense, and that’s how we put out our first version of the app, with localisation as our key focus,” Radhakrishna was quoted as saying.

Also, while Twitter struggles with the $8 Twitter Blue plan, which has been ridiculed and criticised by many, Koo has vowed free verification for life.

All in all, it seems now’s the time to ‘koo’ rather than to tweet.

Man gives hugs and flowers to strangers who miss someone on Mother’s Day. Watch