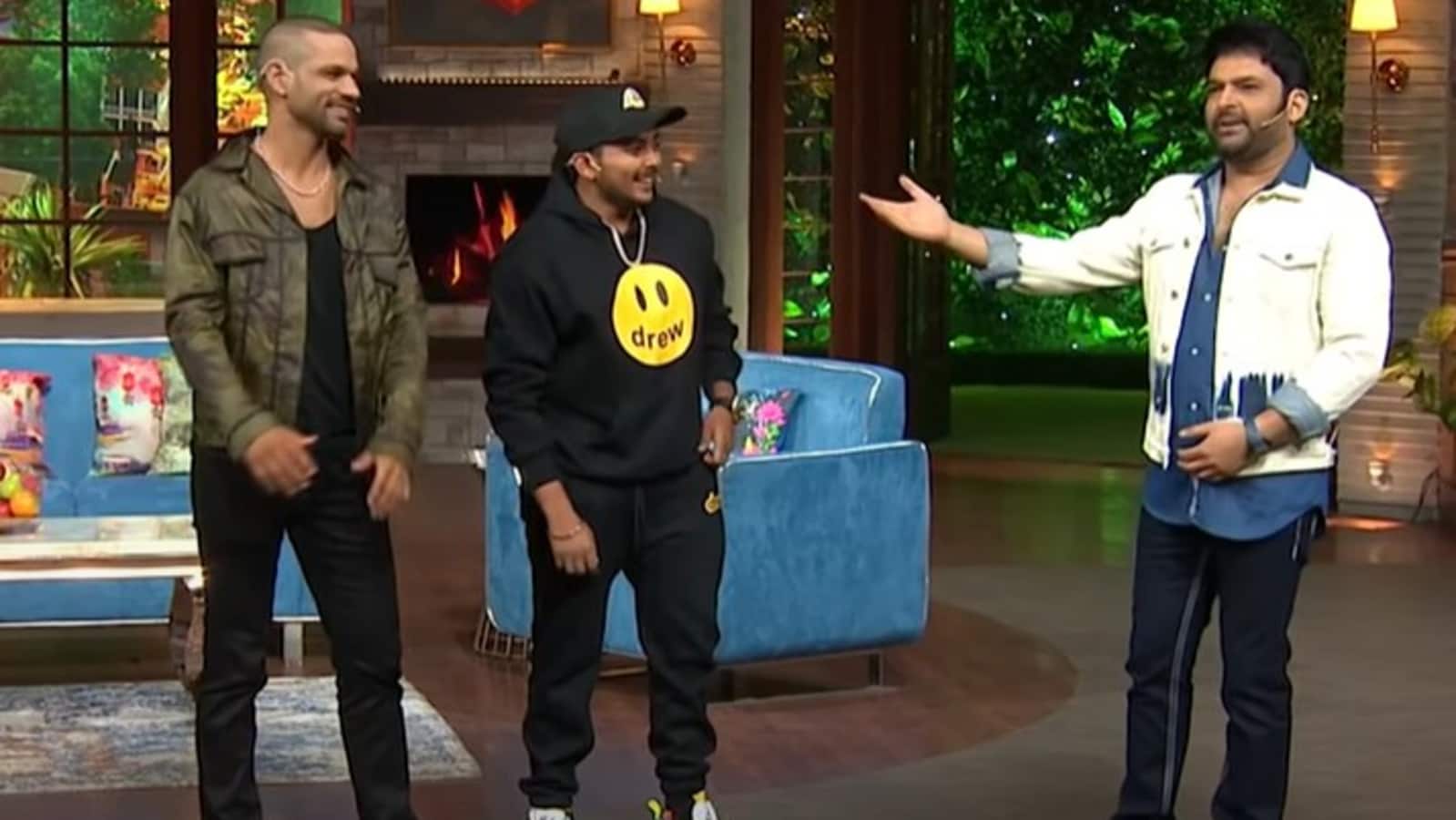 Cricketers Shikhar Dhawan and Prithvi Shaw appeared on Saturday’s episode of The Kapil Sharma Show and made some revelations about the Indian cricket team. The two were playing a game with host Kapil Sharma wherein they were given a number of habits or attributes and had to pick the player whom it applied the most to.

On being asked which cricketer gives constant updates to their spouse, Shikhar said, “Main hi kiya karta tha pehle. Normal, jaise bus se jaa rahe hai, koi picture bhej di (I only used to do it before. Normal stuff, like sending a picture when we were leaving in the bus etc).” He was married to Aesha Dhawan but she announced their separation last year, after eight years of marriage.

Prithvi revealed that Shreyas Iyer uses cosmetic products, while Cheteshwar Pujara is the superstitious one and always keeps his bat, gloves and pads in the same position in the dressing room. Shikhar called Ravindra Jadeja the most miserly one in the team but stopped himself from elaborating further.

Dog always brings something back when out on a walk. Watch cute video