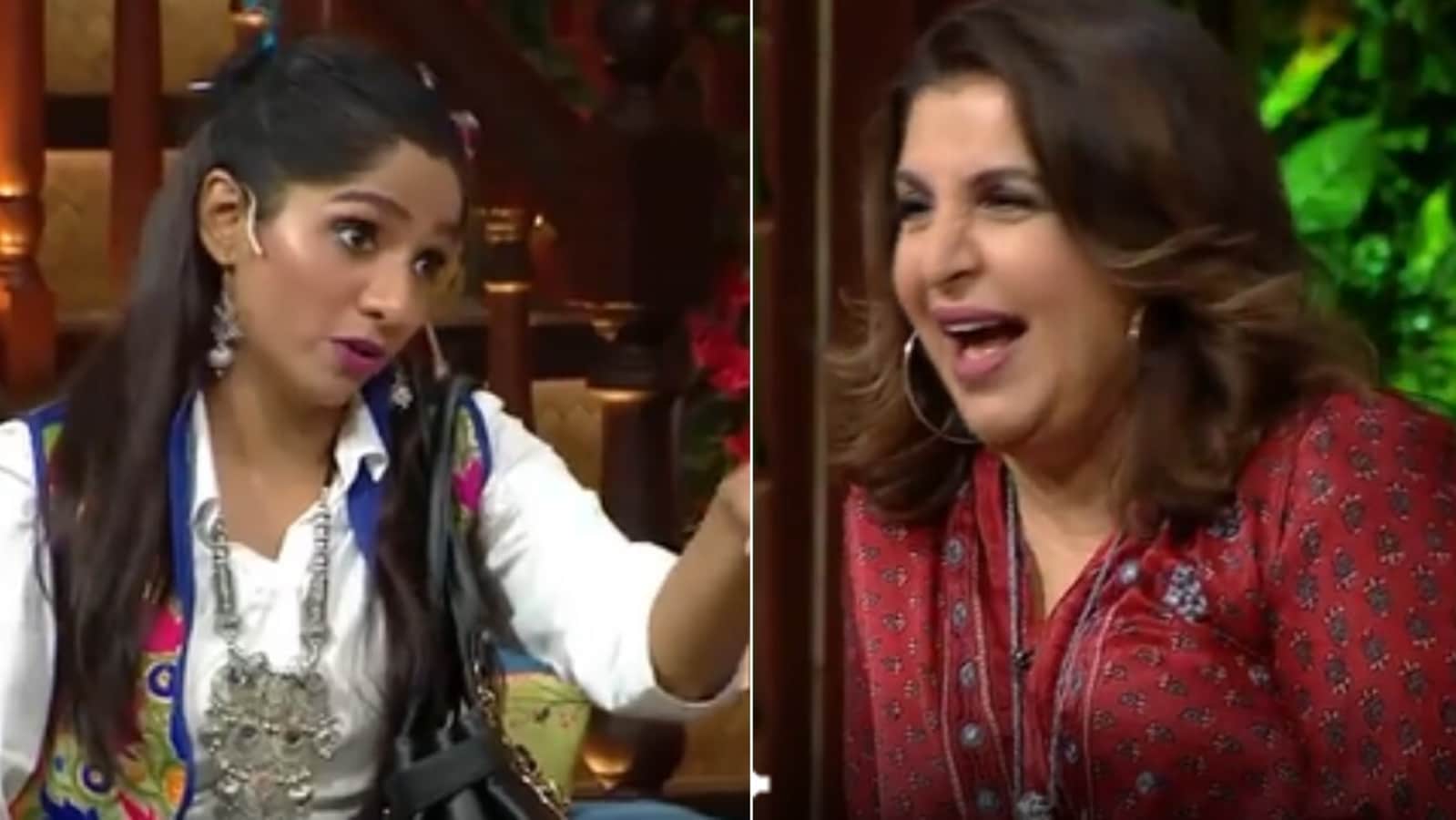 In this week’s episode of The Kapil Sharma Show, Kapil will be seen welcoming Raveena Tandon and Farah Khan.

In this week’s episode of The Kapil Sharma Show, Kapil will be seen welcoming Raveena Tandon and Farah Khan. Comedian Johny Lever’s daughter Jamie Lever, who joined the comedy show recently, will be seen mimicking Farah in the episode.

On Tuesday, Colors TV shared the new promo from the upcoming episode of The Kapil Sharma Show.

Farah then jokes about Kapil’s dancing skills and says “Yeh dance dekh ke baarish he band ho jaye yar (This dance can make the rain stop). Kapil then points out at Archana Puran Singh and says “Mein inka dikhaun aapko dance (Do you want to see her dance then)?” Farah then replies, “Inka meine dekha hai, inko meine choreograph kiya hai kayi bar. Mera career doobte doobte bacha hai (I have seen her dance moves, I have choreographed her several times. My career was on the verge to sink because of her).”

Then Jamie Lever enters the stage and gives her introduction, “Yeh mere cheela shoes and mere Jaya Prada bag (These are my Cheela shoes and my bag is from Jaya Prada), I am Bhavika Bhatt from Bhavnagar.” Jamie then imitates her father Johny Lever upon Kapil’s rand later she did Farah’s impression, by saying, “Oh god, don’t do this ya. It is a really big problem ya, I was so scared coming here today.” Farah and Raveena burst into laughter after this.

Jamie recently imitated Farah in the show, when Abhishek Bachchan and Chitrangda Singh came as guests to promote their film Bob Biswas. Jamie got dressed up like Farah and did her impression and joked that she wanted to make Mein Hun Na with actor Shah Rukh Khan but he told her that “Mein nahi hun na (I am not there).”

The Kapil Sharma Show will air on Saturday and Sunday at 9:30 PM on Sony Television.