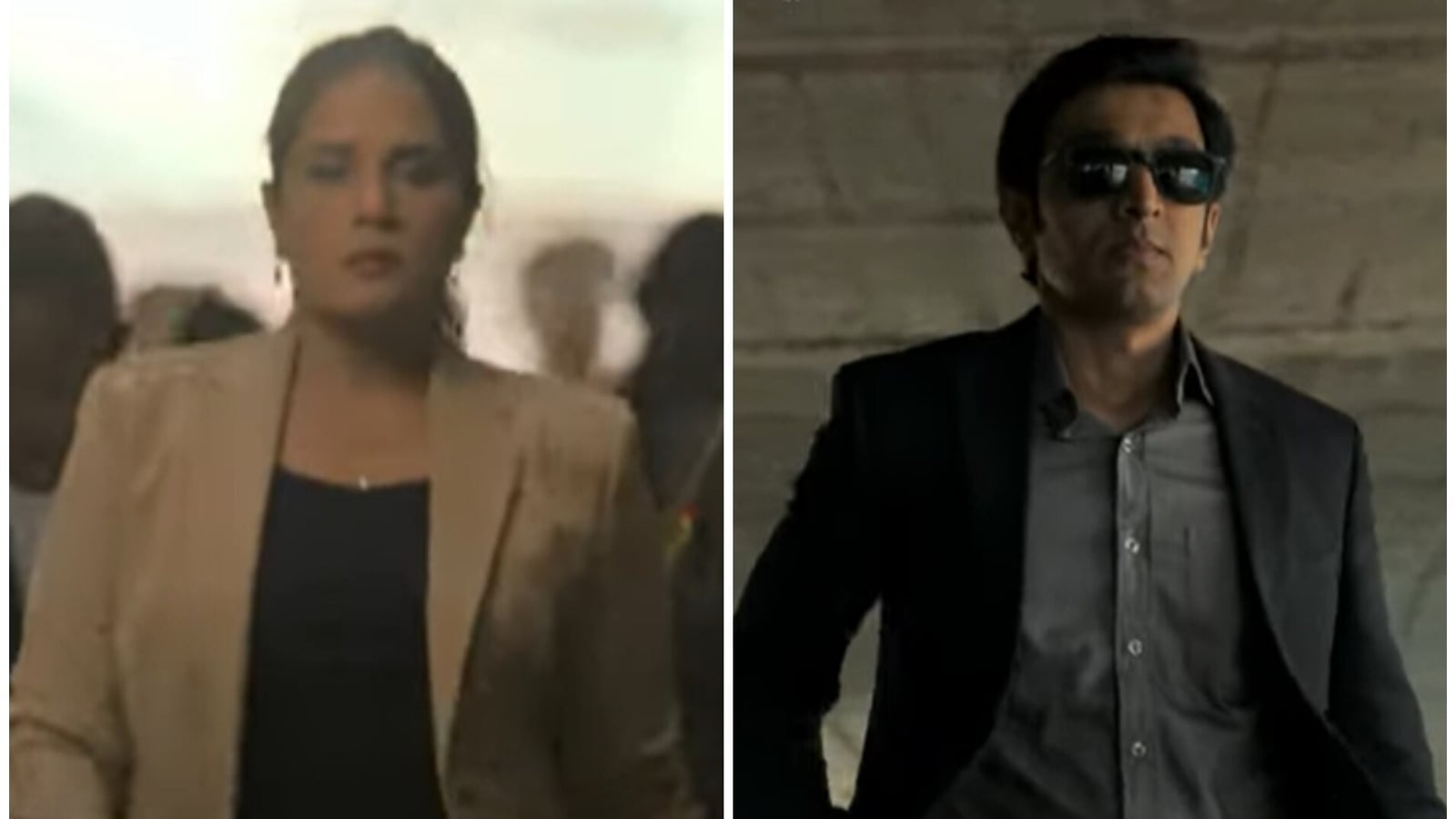 The trailer for the Disney+ Hotstar series The Great Indian Murder has just dropped online. Richa Chadha and Pratik Gandhi play investigating officers on a high-profile killing in the thriller, which is based on Vikas Swarup’s bestselling novel Six Suspects.

An official synopsis of the show read, “Vicky Rai is the cunning 32-year-old owner of the Rai Group of Industries and son of the Home Minister of Chhattisgarh, Jagannath Rai. Vicky gets murdered in cold blood at a party thrown by him to celebrate his acquittal in a rape and murder case of two shelter home girls. Six suspects surrounding his murder come under the radar of the case’s investigating officers DCP Sudha Bhardwaj and Suraj Yadav of Central Bureau of Investigation.”

“Vicky’s case has also put an unintended halt in his father, Jagannath Rai’s political career which he tries to win by fair or foul means, even after Vicky’s death. The Great Indian Murder is about exploring several versions of a single murder, a story that Sudha and Suraj weave through their investigations,” it added.

Fans showered love in the comments section on YouTube. One called the show a ‘masterpiece’, while another said that it is ‘filled with talented actors’. “This is how you make a trailer,” a third fan wrote.

Richa, who plays the role of DCP Sudha Bhardwaj in The Great Indian Murder, said in a statement that she ‘instantly’ knew that she wanted to be a part of the show when she read the script. “Each character in this series has an intense motive and justification for their actions – it is somewhat relatable, yet nerve-wracking. It is an exemplary example of a thriller series writing which only Tigmanshu Dhulia could have pulled off! Can’t wait to see the audience’s reaction to it,” she said.

Also read: Scam 1992 star Pratik Gandhi talks about ‘months with no income’, being moved to tears by Shabana Azmi’s compliment

Pratik, who will be seen as a CBI officer, said that he wanted to be ‘very thoughtful’ while selecting his next web series and that The Great Indian Murder seemed like the right choice. Talking about his character, he said that it was a ‘whole new challenge’ for him. “He is someone who represents the law but never shies away from breaking it or mending it to ease his way. This grey layer and his easy transition between the dark and light sides make him special and very human,” he added.

Mama calls her kids, looks at them and smiles. Video captures their reactions