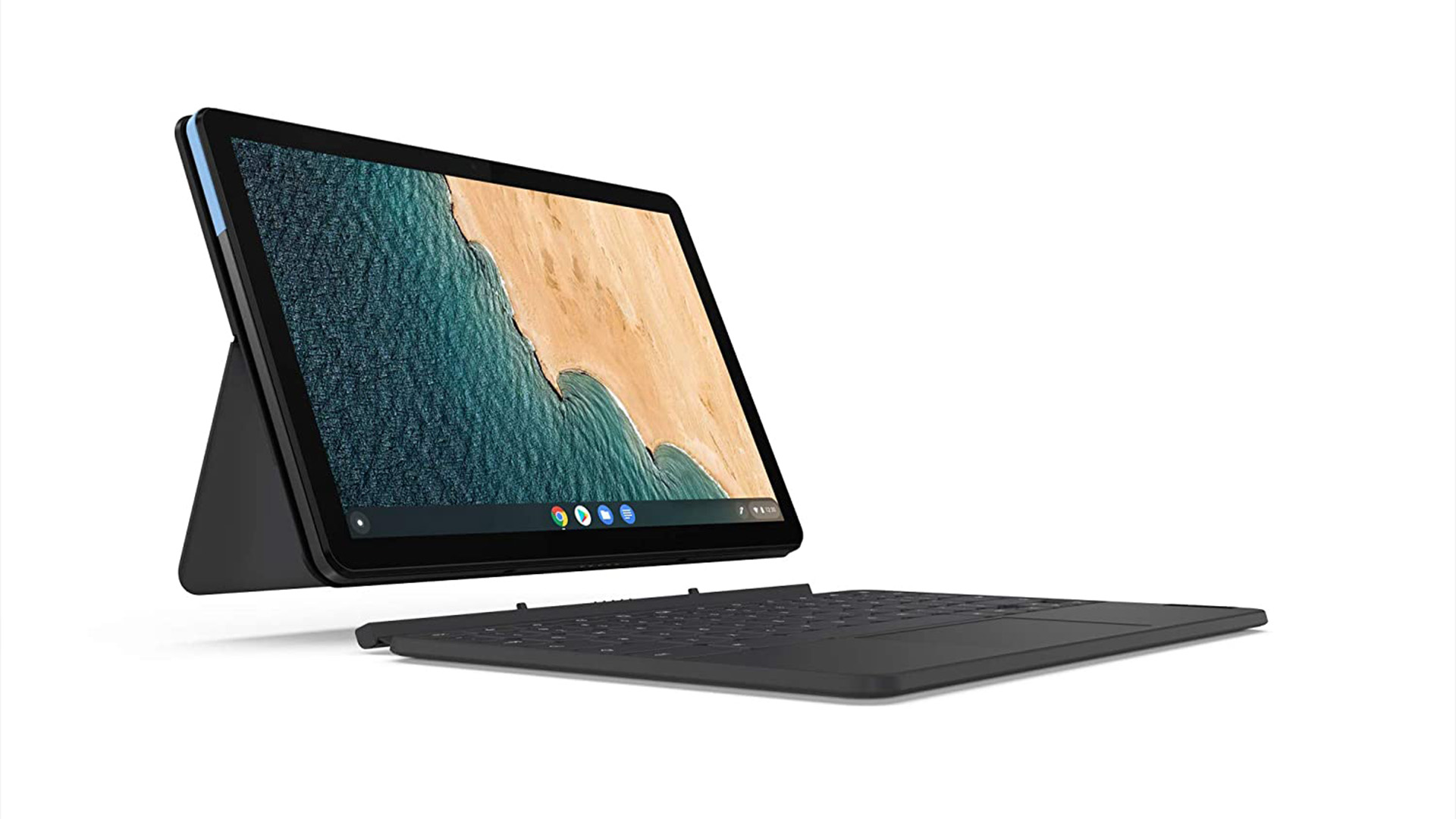 Google’s Chrome OS has seen increased popularity in recent years, thanks to the affordability and reliability of Chromebooks. The pandemic only increased the speed of Chromebook adoption, as they can be great tools for studying and working from home. But Chromebooks have never been high-end laptops capable of serving gamers. That said, the first gaming Chromebooks might be closer than ever, as Google and its partners have made a great deal of progress on bringing more powerful hardware to market.

If it wasn’t evident by now, Google is very interested in competing in the lucrative gaming ecosystem. The company is taking several avenues to achieve that, and gaming Chromebooks might further serve its goals.

For starters, we have the Google Stadia game streaming service that works on various devices, including Chromebooks. Then there’s the new Google Play Games project for Windows 11. Google just launched a beta that lets Windows users play select Android games on their laptops and desktops. You can actually download the game and play it on your machine rather than streaming it.

Then there’s the Google Tensor System-on-Chip (SoC) that powers the Pixel 6. That’s Google’s first custom processor, which could lead to more advanced silicon that might rival Apple’s A and M series processors one day. And let’s not forget that the M1 chips that Apple unveiled in late 2021 give Macs more power than the PS5.

Before we get to have future Tensor SoC power a Google gaming Chromebook, we might get Intel devices from various vendors. That’s according to a new 9to5Google report.

The blog found evidence that Google added support for full-color RGB keyboards to Chromebooks. This is the sort of feature that gaming products would get. The report notes that users can customize each keyboard key to show a specific color. And the feature doesn’t target external keyboards that work with Chromebooks. Instead, the RGB keyboard support is coming to a few select unreleased devices.

9to5Google identified three different devices that could launch as gaming Chromebooks soon. The first two are Vell and Taniks, and they run on Intel’s 12th Gel Alder Lake laptop processors. The third one is called Ripple, and it appears to be the name of a detachable keyboard that would work together with a Chromebook tablet.

Taniks appears to be a Lenovo device, which is another company that released plenty of Chromebooks in the past. Lenovo has its own line of gaming products, the Legion. That’s where a gaming Chromebook will fit.

As for Ripple, it’s unclear what company is actually developing it.

Notably absent from the list is Google. The company might want to launch its own hardware to showcase the powers of a gaming Chromebook. That’s especially if Google is also working on any sort of new tablet to include in its line of Pixel devices. But that’s just speculation at this point, as there are no rumors detailing such a Google-made gaming Chromebook.

Separately, companies like Nvidia and Mediatek have been working on bringing RTX gaming to Chrome OS.

What’s certain is that Google will be closely involved in the Chromebook’s gaming future, regardless of whether it makes its own gaming hardware or not.

Bigg Boss: Why Sidharth Shukla, Shehnaaz Gill’s love was the most unique the show ever saw