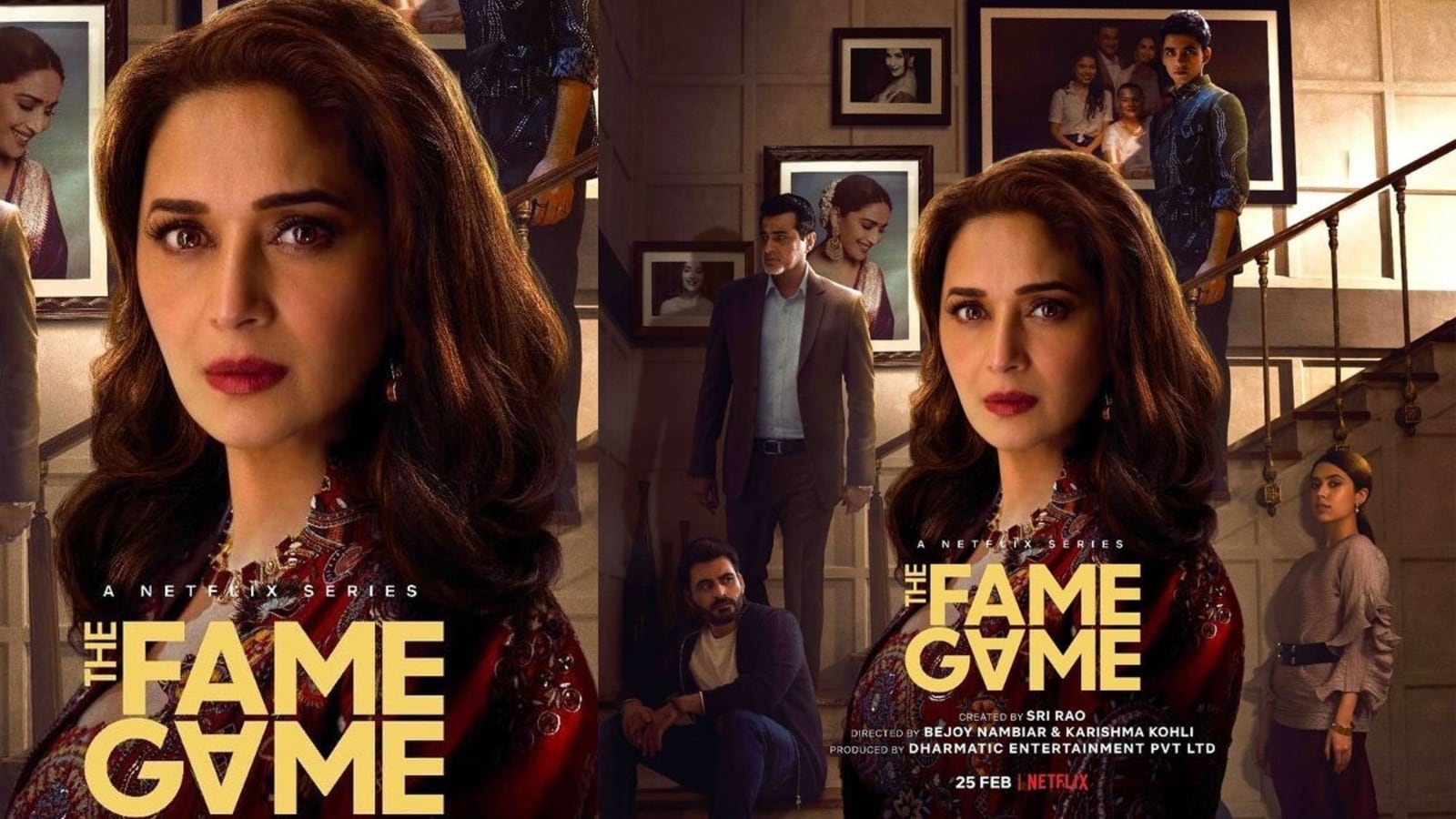 Filmmaker Karan Johar has announced a title change for Madhuri Dixi’t debut web show, Finding Anamika. After the teaser was released in September last year, the show has now been titled The Fame Game.

The actor will be seen in the role of a Bollywood star named Anamika Anand in the show that will release on Netflix on February 25. Sharing the poster on social media, Karan wrote, “There is always a hidden truth behind the curtain of fame and stardom. What is this truth in the life of Bollywood’s biggest star Anamika Anand? Know more soon. The Fame Game series premieres 25th February, only on Netflix!”

The poster shows a worried Madhuri in the centre with glimpses of her co-stars Sanjay Kapoor, Manav Kaul, Lakshvir Saran and Muskkaan Jaferi around her. Suhasini Muley will also be seen in a pivotal role on the show.

Opening up more about her character Anamika, Madhuri shared on her Instagram account, “Ajnabi si hai uski duniya. Ankahi si hai uski kahani. Par ab woh aa rahi hai apni kahani lekar duniya ke samne (Her world is like a stranger, her story is unheard of. But now she is coming in front of the world with her story).”

The Fame Game was earlier titled Finding Anamika. The show is said to be a rollercoaster ride through the highs and lows of superstar Anamika’s life (played by Madhuri), revealing hidden truths and painful lies. It goes with the logline, “Bollywood icon Anamika Anand has it all but is her life perfect or a perfectly crafted facade? In a world of glitz, glamour and fame – the lines of what is real and what is not can often be blurred.”

Sri Rao has written the story of The Fame Game, which is directed by Bejoy Nambiar and Karishma Kohli. Madhuri was last seen in 2019 film Kalank. She was also a judge on dance reality show, Dance Deewane.

Sega Genesis Mini 2 coming in October with over 50 games

Golden Retriever’s ways of enjoying his time at the pool impress people. Watch

These couples are and will be friends first!