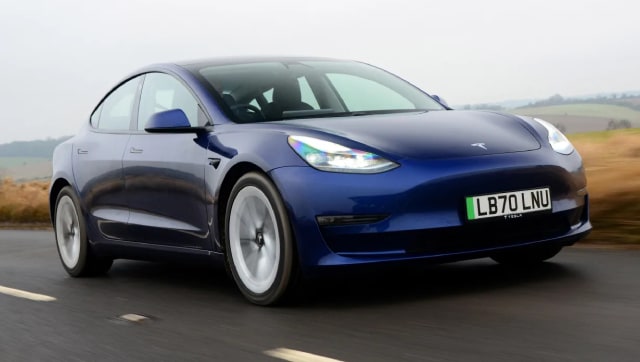 There can be no doubt that Elon Musk’s Tesla has been at the forefront of the electric vehicle revolution that we have witnessed in recent years. However, there have been numerous instances where the tech involved in Tesla’s Cars, namely its autopilot features have put safety in question again.

A video has been doing the rounds on social media, where a Tesla Model 3 in China is seen speeding in an uncontrollable manner, killing two school-going children, before finally coming to a stop in a crash.

While initially it was assumed that the driver of the Model 3 was under some sort of influence, local police authorities have confirmed that the driver was completely sober and had not taken any substance that would impair his abilities.

Instead, they are now focusing on the car itself.

Rumours soon started going around that the rogue Tesla Model 3 had faced some sort of software glitch that made it act out this way.

Users who claim to have keenly observed the CCTV footage of the moments leading up to the accident claim that the driver of the Tesla Model 3 tried to engage in auto parking when the system completely glitched out, and the car took off running at tremendous speeds.

Because this theory hasn’t been corroborated by any official source investigating the matter, it should be taken with a massive grain of salt. However, Tesla in China has a history of issues with cars and their brakes.

According to information available on Weibo, reported by CNEV Post, the vehicle drove in this high-speed state for 2.6 kilometres. During the last 1.4 kilometres, the car had a blown-out left front tyre – causing the death of a motorcyclist and a high school girl on a bicycle.

As per the official incident report, the accident took place in Chaozhou, Guangdong province in southern China. A man was reportedly driving a Tesla car when the vehicle lost control and turned up the acceleration. The driver’s family claims that the car’s brake failed, but Tesla denies the same. For about two kilometres, the vehicle continued to drive at high speeds. The vehicle appears to be out of control, knocking down two bikes and two bicycles on the way, killing two children and injuring three other people.

The official report also says that the driver was tested for being under the influence of drugs and alcohol, but the possibility was ruled out. Now, the local traffic police are testing the vehicle.

Data taken from the car showed no proof the brake pedal had been applied before the crash, and video showed the brake lights remained off, the electric car maker said in a statement. Instead, the accelerator was heavily engaged in the lead-up to the accident, which killed a motorcyclist and high-school student on a bicycle. Tesla said it will “actively provide any necessary aid” to the local police probe, which may involve a third-party investigator.

Pet parent designs stair lift for dog with arthritis. Watch the pooch using it in this viral video