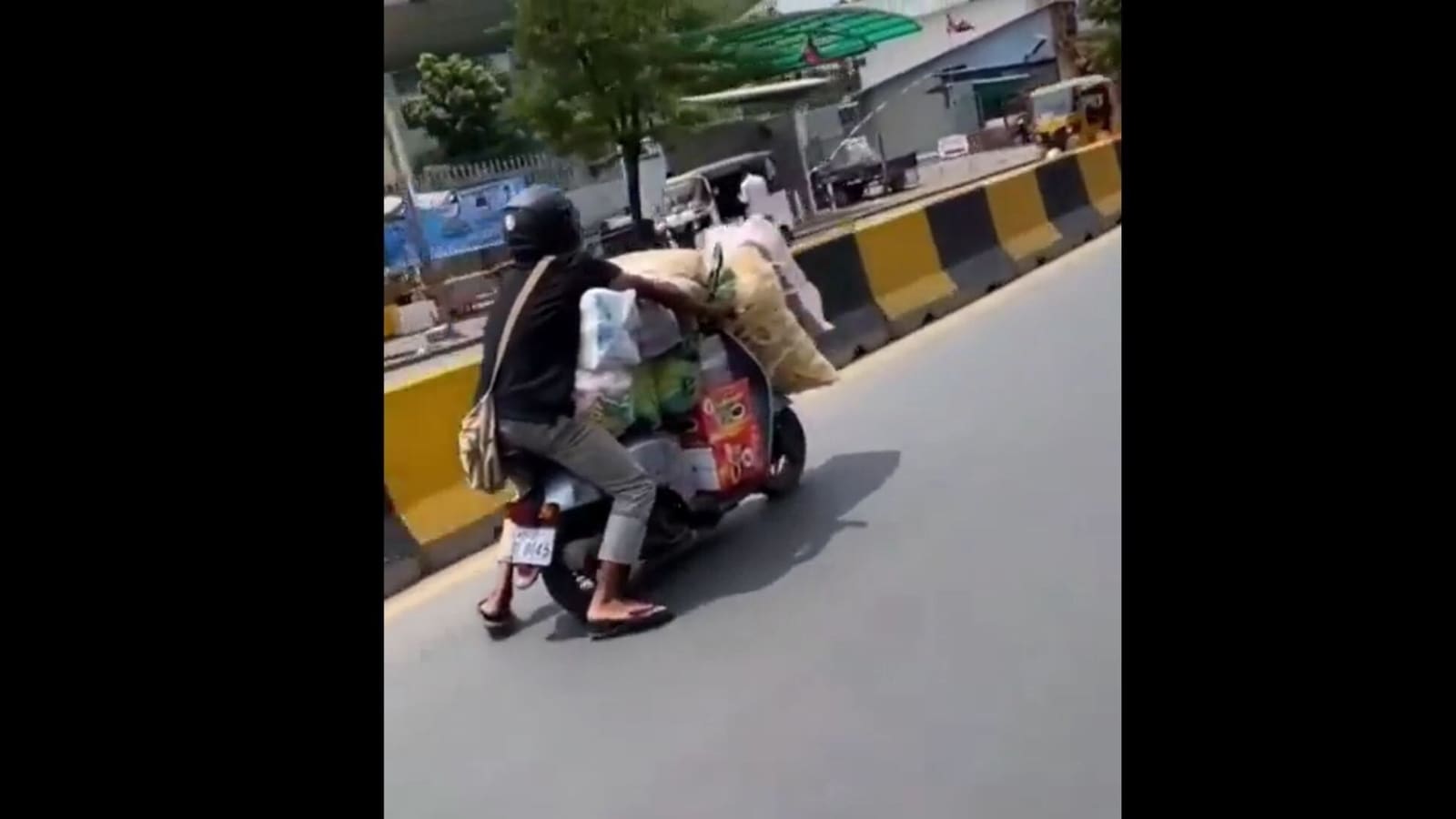 There are many videos on social media that show people breaking traffic rules and riding dangerously. One such video shared on Twitter shows a man riding a scooter that was so immensely overloaded with various items that he was barely able to sit on it and drive. The Telangana Police also retweeted the video with an advisory.

A Twitter user named @sagarcasm posted the video on his Twitter account on June 21. It has received more than 7.23 lakh views so far. The video shows a man riding a scooter that is stacked with goods. While he is wearing a helmet, there is hardly any space for him to sit and his feet are almost touching the ground. There are sacks tied to the front of the scooter as well. The video was shared with a cheeky caption that said, “My 32GB phone carrying 31.9 GB data.”

The Telangana Police reposted the video on Twitter and wrote, “There is a possibility to retrieve the data from the Mobile, even if it’s damaged. But not life… So our appeal to people avoid putting their life’s at risk and others too.”

They also used the hashtags #FollowTrafficRules and #RoadSafety in the tweet.

Meanwhile, Twitterati saw the funny side of the video and posted some hilarious comments.

“Most of them are the files generated in what’s app database folder!” commented a Twitter user. “More like leaving mom’s home post vacation,” wrote another. “Me trying to cover whole syllabus in one night..!!” posted a third.

Akshay Oberoi unfazed by labels like OTT actor: I don’t care much but we need to get rid of them