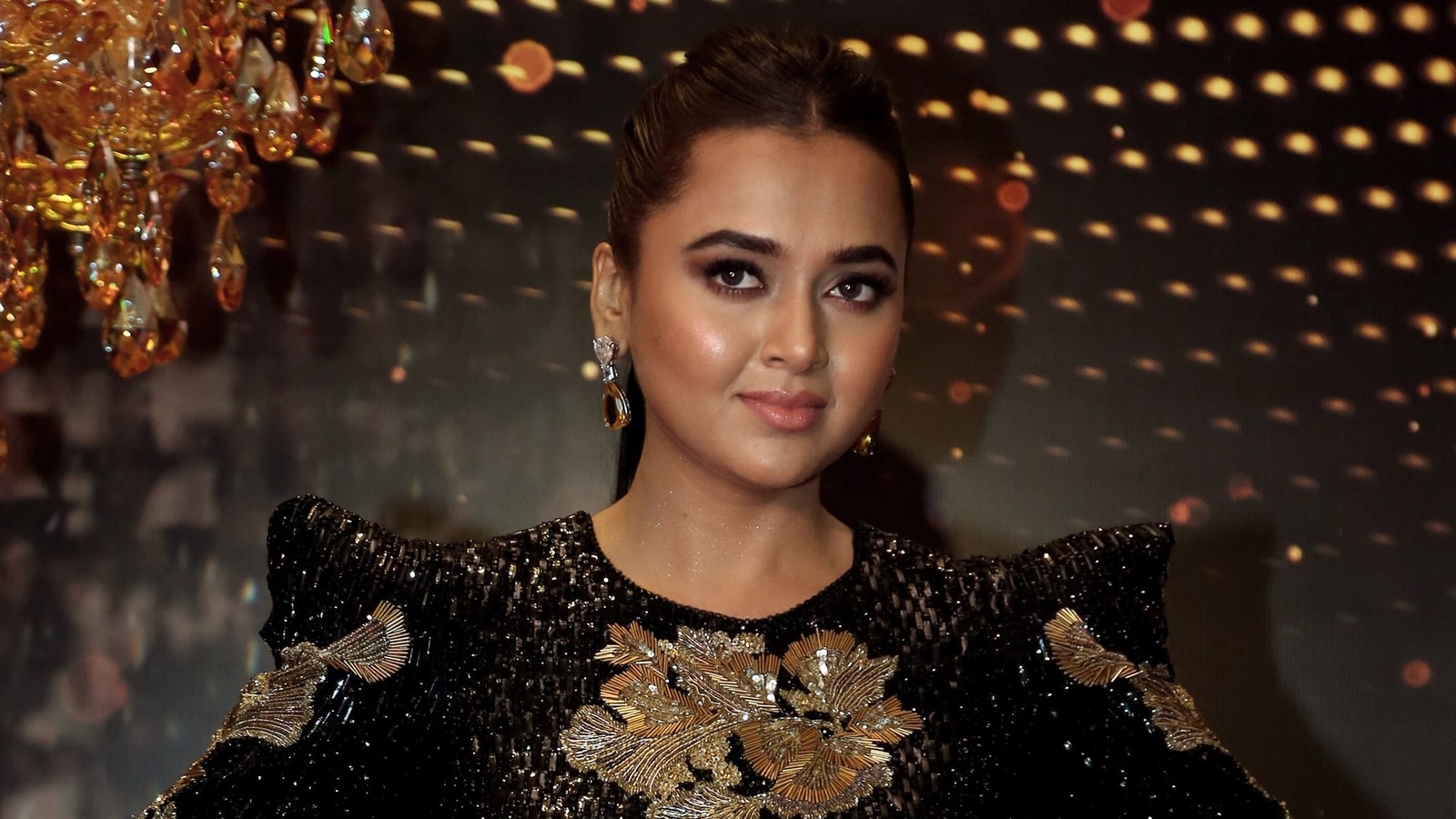 Television actor Tejasswi Prakash has been in the industry for over 10 years, but it was her appearance on Bigg Boss 15, after which she rose to fame. Tejasswi not only just participated in the reality show but also won the trophy of that season with flying colours. In a new interview, Tejasswi spoke about her school days and said that she used to be ‘extremely skinny’ at that time, leding to some name-calling. Also Read: Karan Kundrra says he would marry Tejasswi Prakash soon: ‘Everything is going right’

Tejasswi made her acting debut in 2012 with Star One’s show 2612. IShe later appeared on Sanskaar Dharohar Apnon Ki in 2013. From 2013 to 2016, she played the role of Ragini Maheshwari in Swaragini. In 2020, she participated in the reality show, Khatron Ke Khiladi 10.

In a new interview with IDiva, Tejasswi said, “I used to be extremely skinny in school. Like people used to call me a hanger. I was extra skinny. So when we used to play on our school’s playground then people used to tell me ‘Keep a ₹5 coin in your pocket or you’ll fly away’.”

During Bigg Boss 15, she met her current boyfriend, television actor Karan Kundrra, who was the second runner-up of the show. The two are often spotted out and about in Mumbai and also at events. On being asked if he was planning to tie the knot with Tejasswi, Karan told Filmy Mirchi in a recent interview, “Jaldi hi honi chahiye (it should happen soon). Everything is going right. Everything is going wonderful. Miyan bhi raazi, biwi bhi raazi, kazi bhi raazi (the husband is ready, the wife is ready, the officiant is also ready).”