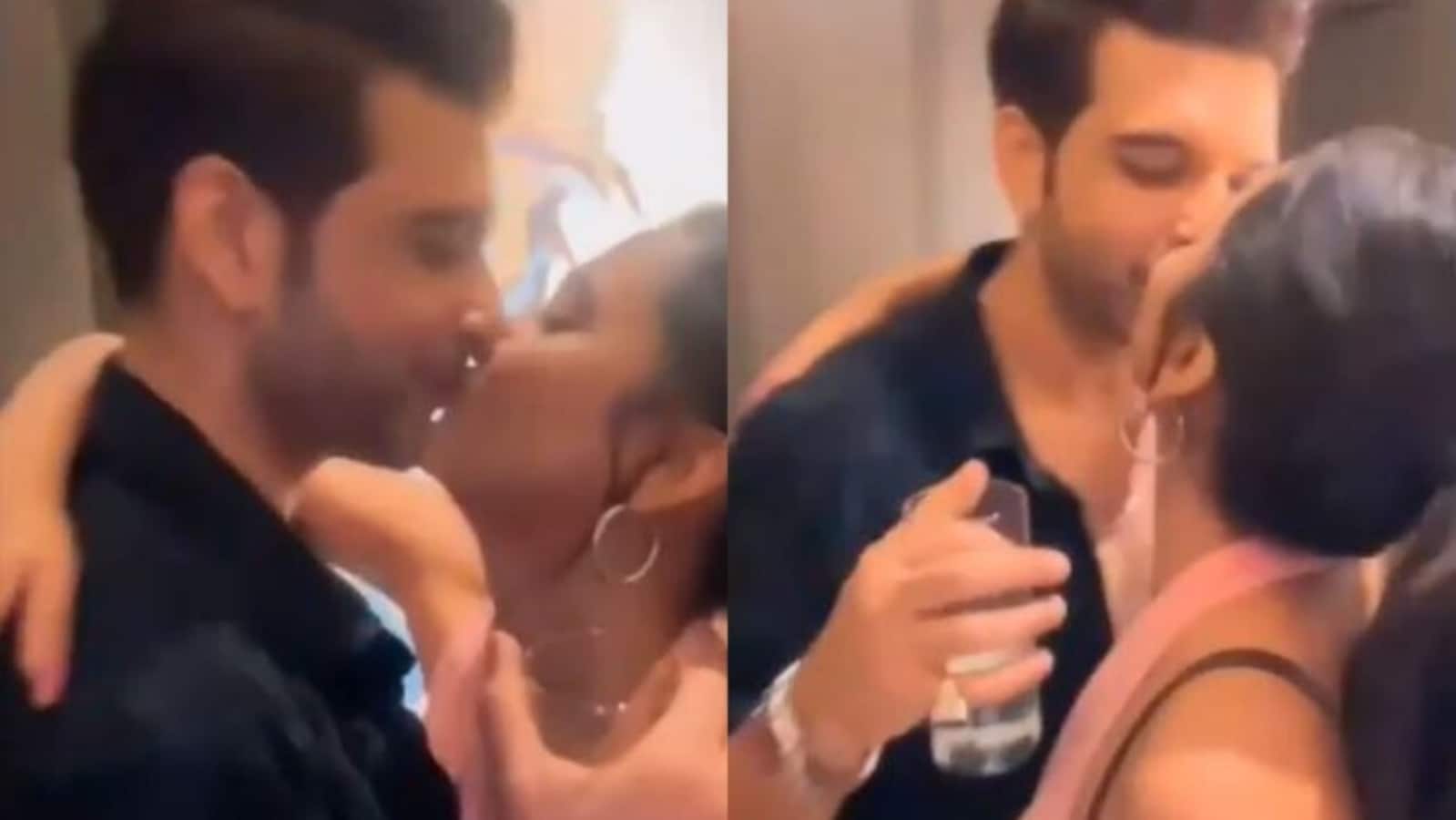 Actor Tejasswi Prakash was shocked after one of her friends recorded a clip of her kissing her boyfriend-actor Karan Kundrra at a party. The couple recently attended the birthday party of film producer Vanessa Walia. A video has surfaced on social media platforms in which the couple embraced each other. (Also Read | Tejasswi Prakash sings romantic song, Karan Kundrra reacts)

In the clip, Tejasswi held Karan Kundrra as they smiled and shared a kiss. After kissing several times, both of them turned towards the camera. A shocked Tejasswi asked, “Oh, did you record it?” Karan spoke into the camera, “Please post it. Why are my lips so red?”

The clip ended with Tejasswi saying, “Stop, no, you can’t…” The words on the video read, “Clearly a V day” followed by face with rolling eyes, heart eyes and laughing emojis. A voice was heard in the video saying, “It’s Vanessa’s birthday, what’s wrong with you?” Vanessa stood next to the couple and smiled. For the party, Tejasswi wore a peach top and white pants. Karan opted for a black shirt and pants.

Reacting to the video, a fan wrote, “Awwe how cute they are blushing sweet people.” Another person also commented, “Most adorable couple.” Another comment read, “The hottest and cutest couple #tejran.”

Tejasswi and Karan have been dating for several months. They declared their love for each other on the reality show Bigg Boss 15, hosted by actor Salman Khan. Recently, the couple was seen as the hosts of Dance Deewane Juniors. Tejasswi has been shooting for Ekta Kapoor’s Naagin 6.

Earlier, speaking about the speculations on their wedding plans, Tejasswi told Hindustan Times, “All the positive rumours about the roka and shaadi, I love all of them. (But also) It’s funny. Why should I tell you (people who ask) if the roka has happened, if we are planning our wedding or if we are buying a house? Wo humare beech ke baat hain (It is a matter among us). In my head, I’m like why do you want to know? But it’s nice and cute. About the negative ones, I’m not used to it.”