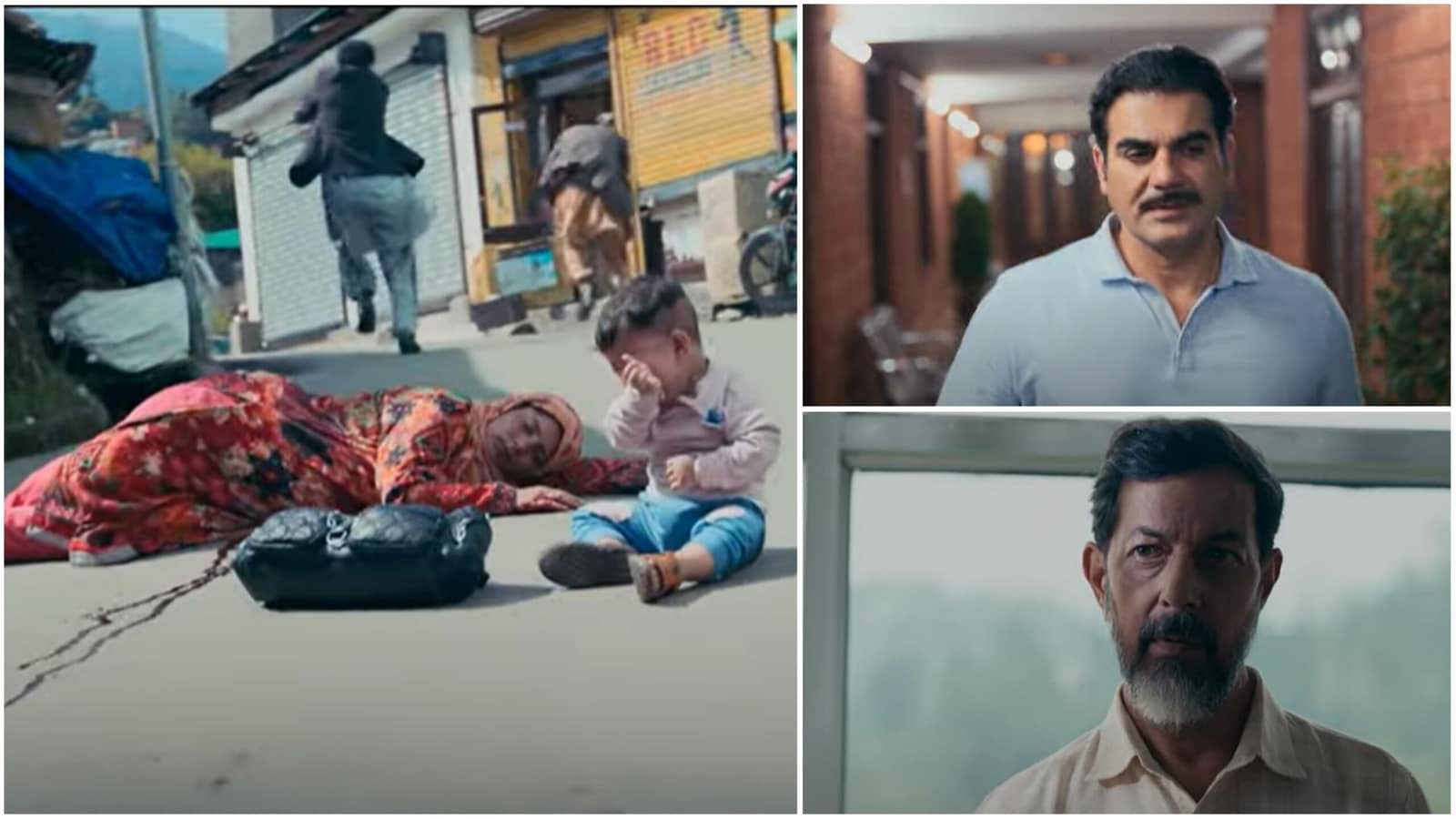 The teaser for SonyLIV’s new show Tanaav was released on Friday, and revealed an ensemble cast of Arbaaz Khan, Rajat Kapoor, Zarina Wahab, Manav Vij, and more. The 1:18-minute-long video gave a glimpse into the tense political drama that featured deaths and bombings as it navigated the complex situations in Kashmir. Also Read| Maharani 2 review: Huma Qureshi-starrer shows how political drama should be made

The teaser of Tanaav, literally meaning stress, introduced the characters against the idyllic but tense backdrop of the Kashmir valley in the year 2017. It started with a suspicious-looking woman entering a cafe where people are enjoying a good time before it blows up in a bombing. Satyadeep Mishra, Manav Vij, Arslan Goni, Arbaaz Khan, Rajat Kapoor, Zarina Wahab, Shashank Arora, and Ekta Kaul among other actors are featured before a voiceover says, “Ye Kashmir hai. Kuch khatam nahi hone waala (This is Kashmir. Nothing is going to end).” The last scene teases a graphic show as it features a toddler crying as his bleeding mother lies next to him on the street.

As per the synopsis, “Tanaav tells the story of a Special Unit, their bravery, and courage. Delving into the human drama behind the ideologies, dealing with complex emotions and flawed characters, all of whom share the same feelings of love, loss, betrayal, and revenge, Tanaav is a socio-political action drama with family at its core.”

The series, which will start streaming on SonyLIV soon, is the Hindi adaptation of the internationally-acclaimed Israeli web series Fauda. The official release date of the show is not yet announced.

Ketki Dave returned to work just a day after husband Rasik Dave’s death: ‘I don’t want people to be a part of my grief’