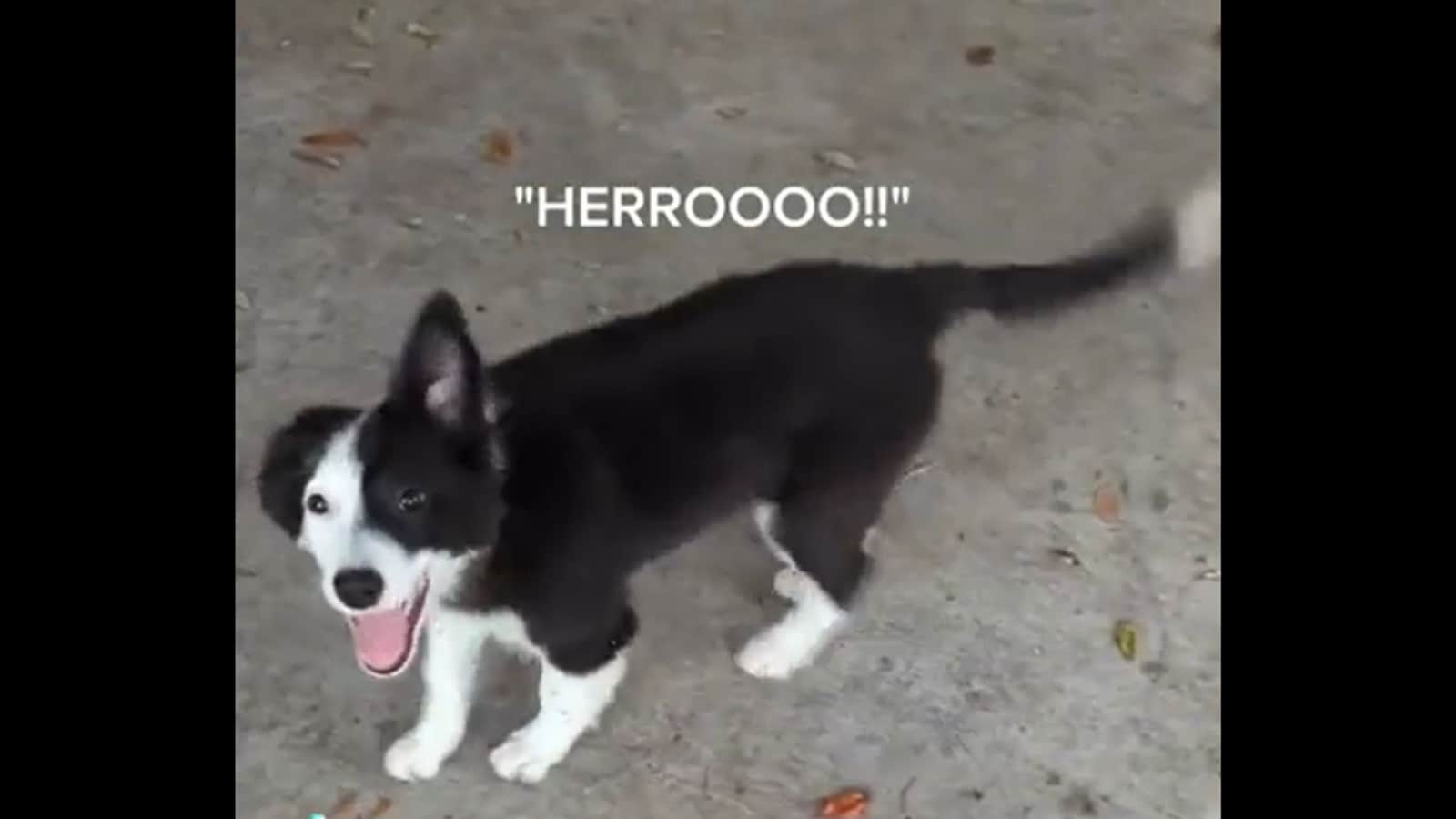 The videos that capture the antics of pets, be they cats or dogs, are always a delight to watch. And this particular video that has recently surfaced online and has been going viral since then shows something similar on the part of an adorable dog. It captures an extremely talented dog saying ‘hello’ in her signature style. Yes, you read that right. The video opens to show two dogs walking about, wagging their tails. As the video progress, their human companion says ‘Lorna’. Upon listening to her name, the dog reacted and even greeted the human with a ‘hello’.

The video was posted on the Instagram page WeRateDogs and is credited to a TikTok user who uses the handle @sabotajjj. “This is Lorna. She had us at hello. Literally. 12/10,” read the caption of the video shared on the meta-owned platform. A text overlay on the video reads, “Herroooo!!”

The video was shared a few hours ago on Instagram, and it has since raked up more than 7.7 lakh views, and the numbers are quickly increasing. Netizens also took to the comments section to share their thoughts.

“The sweetest hello in the history of hellos,” posted an individual. “This is the most beautiful thing I’ve heard all week,” wrote another. “I have now watched this approximately 3535754 times. As has my dog,” shared a third. “This has given me enough serotonin to last the rest of the year,” expressed a fourth. “How many times is too many times to watch this video? Asking for a friend,” enquired a fifth.

iOS 16.1 will turn the iPhone 14 Pro’s Dynamic Island into a live scoreboard