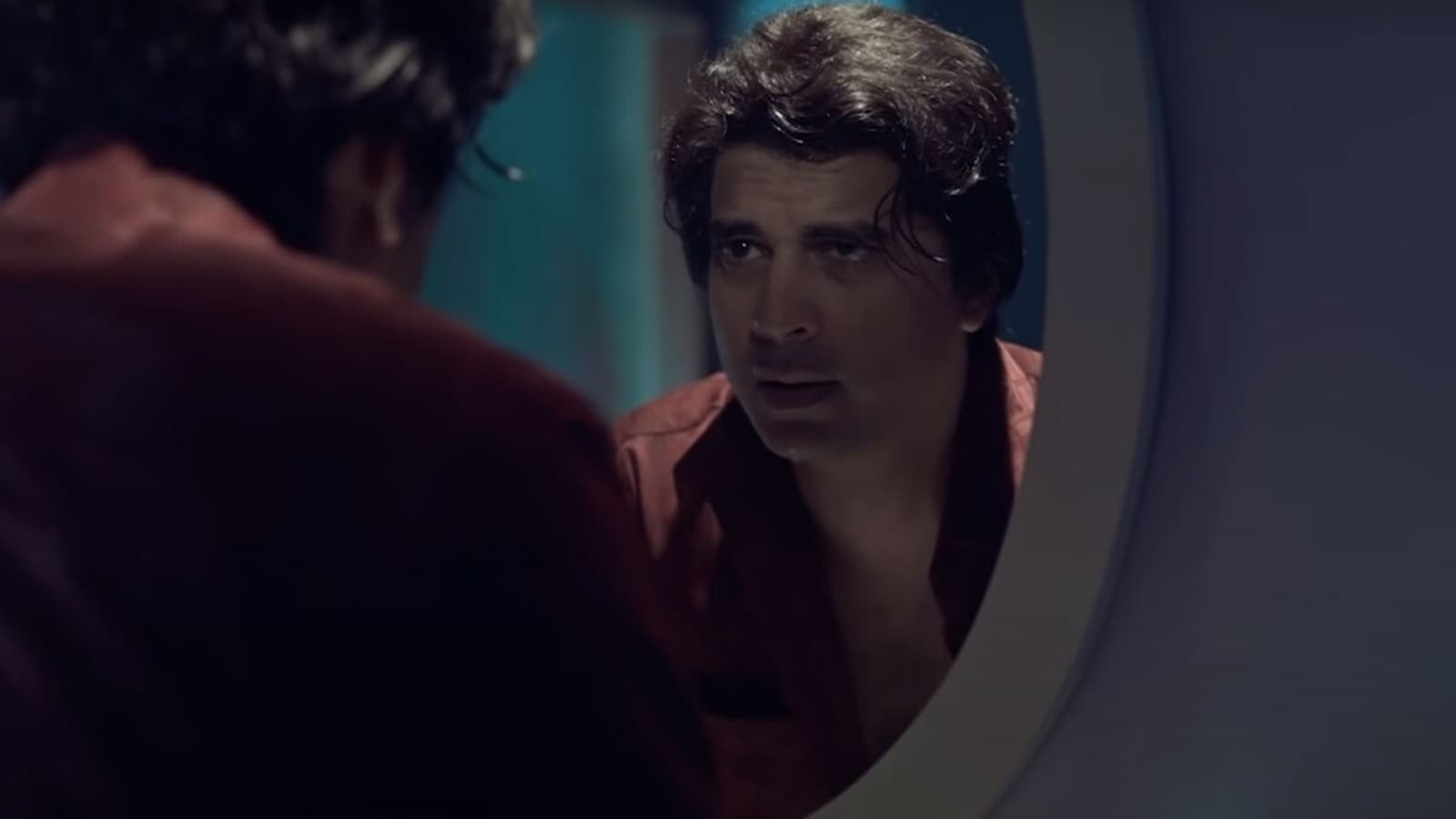 Tahir Raj Bhasin is having a wonderful New Year as the actor just witnessed a big silver screen release and has two major OTT releases this month. After 83, Tahir plays a film director from the 90s in web show Ranjish Hi Sahi on Voot Select, inspired from the life of filmmaker Mahesh Bhatt. He also plays a romantic hero caught in a love triangle in Ye Kaali Kaali Ankhen on Netflix.

In an interview with Hindustan Times, the actor opened up about bringing back the 70s in his new OTT release and his other projects that also include Looop Lapeta with Taapsee Pannu. Excerpts:

How have you recreated the vibe of the 70s in Ranjish Hi Sahi?

It’s a very dramatic era to recreate; it’s the golden era of films. There were a number of things I needed to do physically. I put on 8-9 kilos because my character Shankar is a little older. There is also a change in hairstyle; it’s parted in a very retro fashion. When you make a period film, one has to let go of the technological advancements, certain kind of language and certain kind of body mannerisms. It was fun to be on the set which was meant to be an illusion of the 70s – – you let go of the phone, iPad, laptop in the vanity van and immerse yourself in a world which is devoid of technology. Even the cameras and lights that we were shooting with were brought in from that period. It was a big learning for me right from the kind of cameras to the cans of film reels to the way the film slicing and editing used to take place – it was a complete different trip.

Your character says in the trailer ‘I always say I don’t have a story’. Is this story inspired from Mahesh Bhatt’s life?

Yes, definitely. Mahesh Bhatt is the creative producer of the show. I would say 50 percent of the story is inspired from his true life incidents and 50 percent of it is fiction. I play Shankar, which is not his biopic in any way, he is a fictional character. But since Mahesh Bhatt is an institution in himself and he was a director in the 70s, there would be stories from his life that are part of the show.

You now have Loop Lapeta with Taapsee. Tell us something about it.

It’s an adaptation of German cult classic Run Lola Run, it’s basically a chase film. It will up the benchmark of romance and style. To do a heist film which also has romance in it and to play opposite Taapsee Pannu – it’s an incredible dose of fun. My character of Satya is the most fun character that I have ever played. He is extremely chilled out, he believes in looking for shortcuts in everything, it’s my foray into comedy and romance and who better to do it with than Taapsee!

Did Sunil Gavaskar react to your performance in 83. How did you inculcate his ‘tiger walk’?

It was a big challenge because people love cricket and films in this country and when you play a legend like Sunil Gavaskar, you know there will be pressure. I had the privilege of watching the final product with Sunil Gavaskar himself. He hugged me and said, ‘In your performance, I saw myself from back in the day.’ That the biggest compliment I could get. As far as physicality is concerned, it took six months of work –learning how he wore his gloves, held his bat and how he used to walk. It was challenging because I don’t come from a cricket background.

Chhichhore is one of your highest grossers.

It was a phenomenal experience. It was very exciting because it was a film that jumps between two timelines, you are able to play a young as well as an older version of yourself.

You have done few films but much of your work stands out. Is it a conscious decision to be choosy?

Yes. It’s been a progress in the journey – that has always been an endeavour — to make progress with different scripts and make an impact. It’s been a very diverse filmography so far. Mardaani was a crime thriller, Force 2 was an action drama, Manto was period biopic, Chhicchore was a college drama, 83 was a sports film. After having gone through all those steps, I am now entering the phase of being the lead and a romantic hero. I couldn’t have asked for more festive opening to the year – not one but two OTT releases in the same month.

You found more success as an antagonist in Mardaani as well as Force 2. Do you think your counterparts are too f playing the lead and focussing on the length of the character than being experimental about roles?

Every actor has his individual choices. For me, what matters is the impact a character makes. I look at the parts that I have played as great – I believe there is a little bit of good and little bit of evil in everyone, how you balance is the way the script is written and the character is played.

You have been visible on the OTT space. Do you still think one is better than the other, do you have a preference?

I really believe films are sacred and the experience of going to a theatre and watching them on the big screen cannot be replaced. But at the same time, there are stories that are best told on OTT. Great things come to people who wait, I believe in quality over quantity. In the long term, both cinema and OTT will co-exist. Five years ago, you could only be a film star or a TV star, now you can be a film star and do a show in the same year or if you are lucky, in the same month.