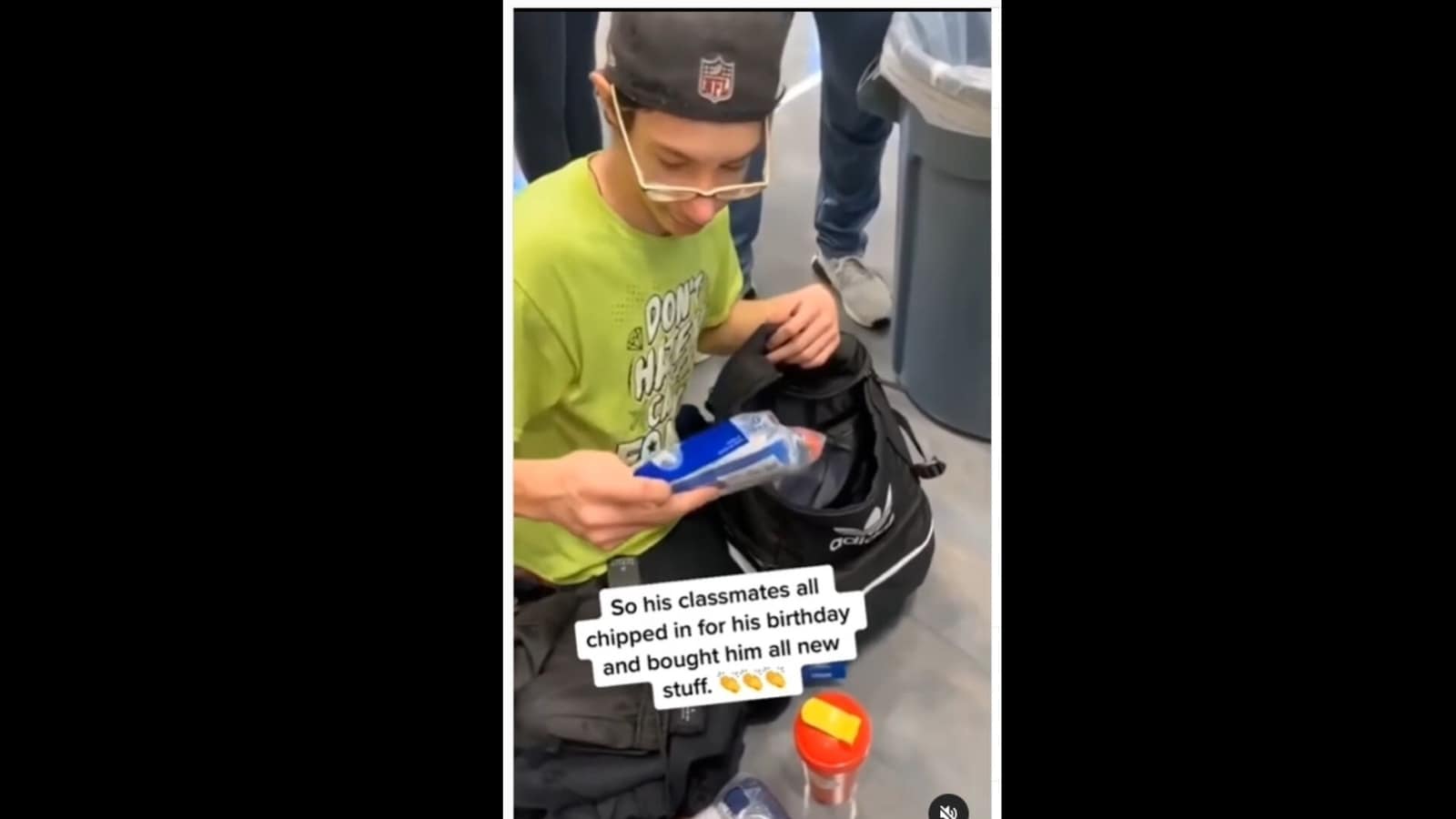 A little act of kindness can make a world of difference to someone’s life. It is always delightful to see videos that showcase the generosity and kindness of people as it restores your faith in humanity. In a kind gesture, kids came together to buy gifts for a classmate whose mother had passed away some time ago. The video may make you teary-eyed as it so heartening to watch.

The video was posted by the Instagram page Good News Movement on Monday and it has got more than 6.49 lakh views already. The text inserts on the video explain that the boy’s mother had died and his family had been struggling to pay the bills. His classmates noticed that he had been wearing the same clothes every day. So, in a wonderful gesture, they all chipped in and bought him new stuff on his birthday. The video shows the boy being wished happy birthday by his classmates. They give him a new backpack and as he opens it, he sees new clothes and other stuff. The boy then wears the new clothes and shoes that he is given and says “thank you” to his classmates.

“HUMANITY: This student’s mother died and his family had been struggling to pay bills, so his classmates stepped in to get him new clothes and a few other gifts. You are all the good news this world needs,” says the caption of the video.

“Love to see people come together and do a good thing,” commented an Instagram user. “This is beautiful. Too many kids are often made fun of because of this very reason and his classmate did the opposite. Some families fall on hard times, no one wants it but it does happen,” wrote another. A third individual commented, “Kids can be so great, rise to the need and filled with kindness and humanity.”

What are your thoughts on this generous act of the students for their classmate?