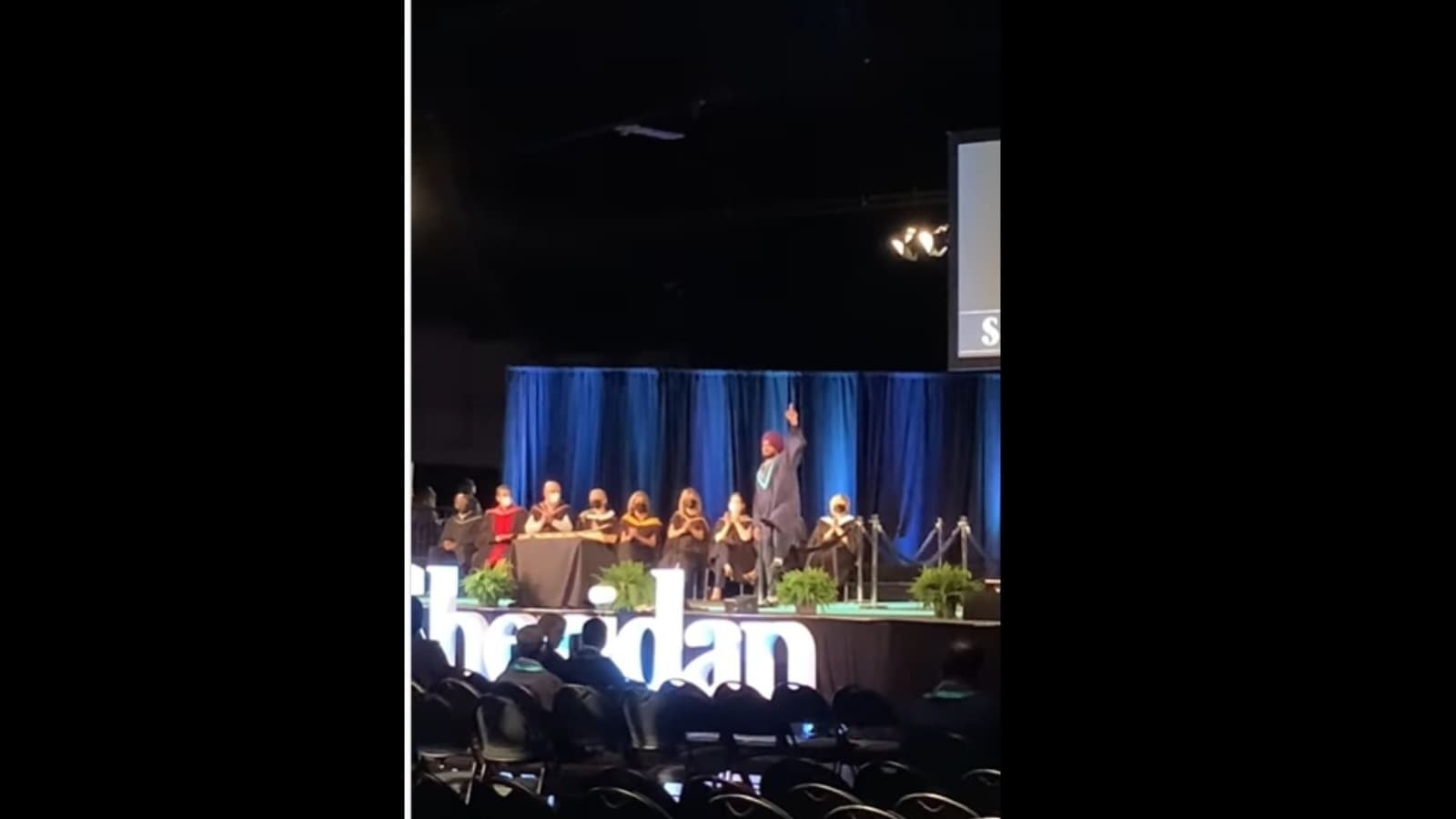 After the untimely demise of singer-rapper Sidhu Moose Wala, there have been many videos of people paying their respect and tribute to the late singer in their own way. Like this Indian youth, Kamaljot Singh Jawanda, who paid homage to Sidhu Moose Wala during his graduation ceremony at Sheridan College in Ontario, Canada, on June 9.

Kamaljot posted the video on his personal Instagram account six days ago and it has received more than 7.2 million views so far, making it viral. The video shows him doing Sidhu Moose Wala’s signature step by smacking his thigh and pointing his finger in the sky. Moose Wala was known to do this signature step in the videos of his songs and during live shows. Now, the trademark step of Moose Wala has been used by a lot of people to pay their respects to the late singer-rapper who died in a shootout in Punjab’s Mansa on May 29.

Talking to Hindustan Times, Kamaljot shared what inspired him to pay tribute to Moose Wala was his strong personality and his love towards his parents. He said he felt proud of Moose Wala who represented Punjab at an international level and made the whole community proud.

“His gesture was a unique thing to some of my mates and they also started doing it after seeing his live shows on YouTube. This step was adopted among the youngsters who recently graduated from different colleges,” Kamaljot said.

From Pepsi to Ageas: How These Brands Are Using Deepfake in Their Ads