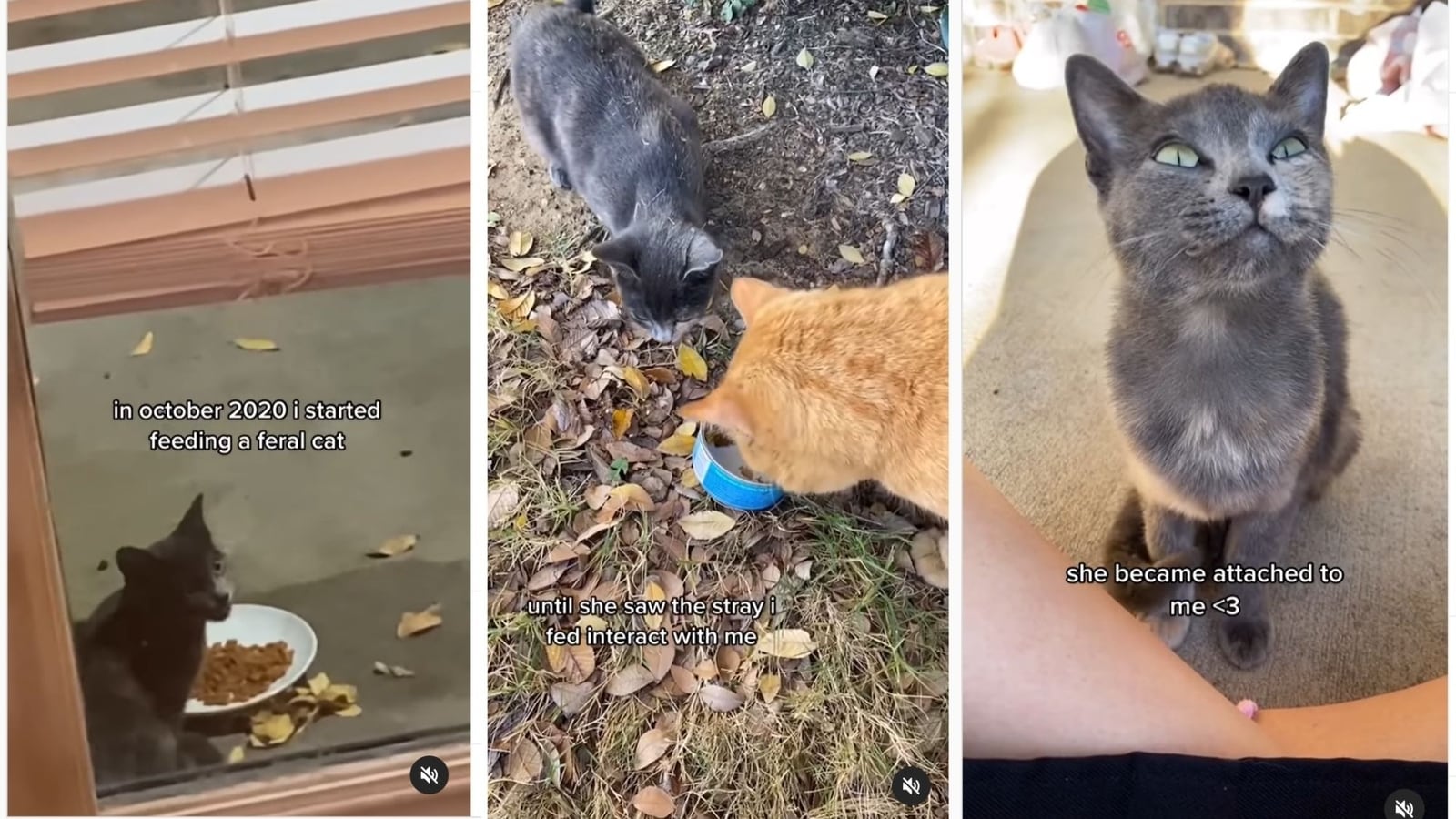 This cute video shared on Instagram shows the journey of a stray kitten to becoming a house cat.

For people who love animals, it is often a dream in their life to be able to save, form a bond and later adopt stray animals. In this particular video that has been shared on Instagram and gone all kinds of viral, viewers get to see the journey of how a feral kitty became a loving and attached house cat between the time period of October 2020 to May 2022. There is a good chance that this adorable video will bring a huge smile to your face.

This viral cat video narrates the story of how a particular stray cat who has later been named Pumpkin – came to know her mom. The video opens to show various snippets from different stages of how this cat came to be close to her human. At first, she would not trust her and even eat the food that was given by her human at a distance because she had never interacted with one before. But slowly, she got inspired by the other cat who she now lives with, named Peach.

The two stray cats got close to each other and eventually got adopted by their human named Madeline. The two adorable fur babies now have a joint Instagram page that goes by their names – Peach and Pumpkin. They have followership of over 60,500 people who love to see these cats’ daily adventures and videos that often go viral. The caption to the video reads, “Felt like being sappy today.”

The video has been posted on Instagram seven days ago and since then, has garnered several comments from people who simply loved the story behind their favourite catto on the platform. It has also received more than 510,000 views on it so far.

An Instagram user writes, “I’ve been dreaming of this moment my whole life. I want to find a stray kitten and save it.” “Pumpkin’s origin story is beautiful,” reads another comment. A third comment hilariously reads, “You think you rescued them, but you were in fact a victim of the very elaborate scam by 2 professional con artists. I would bet money they live rent free, eat your food for free, get all kinds of snacks for free. You have been had.”

What are your thoughts on this cute cat video?

Realme Narzo 50a Prime Teased Ahead of India Launch