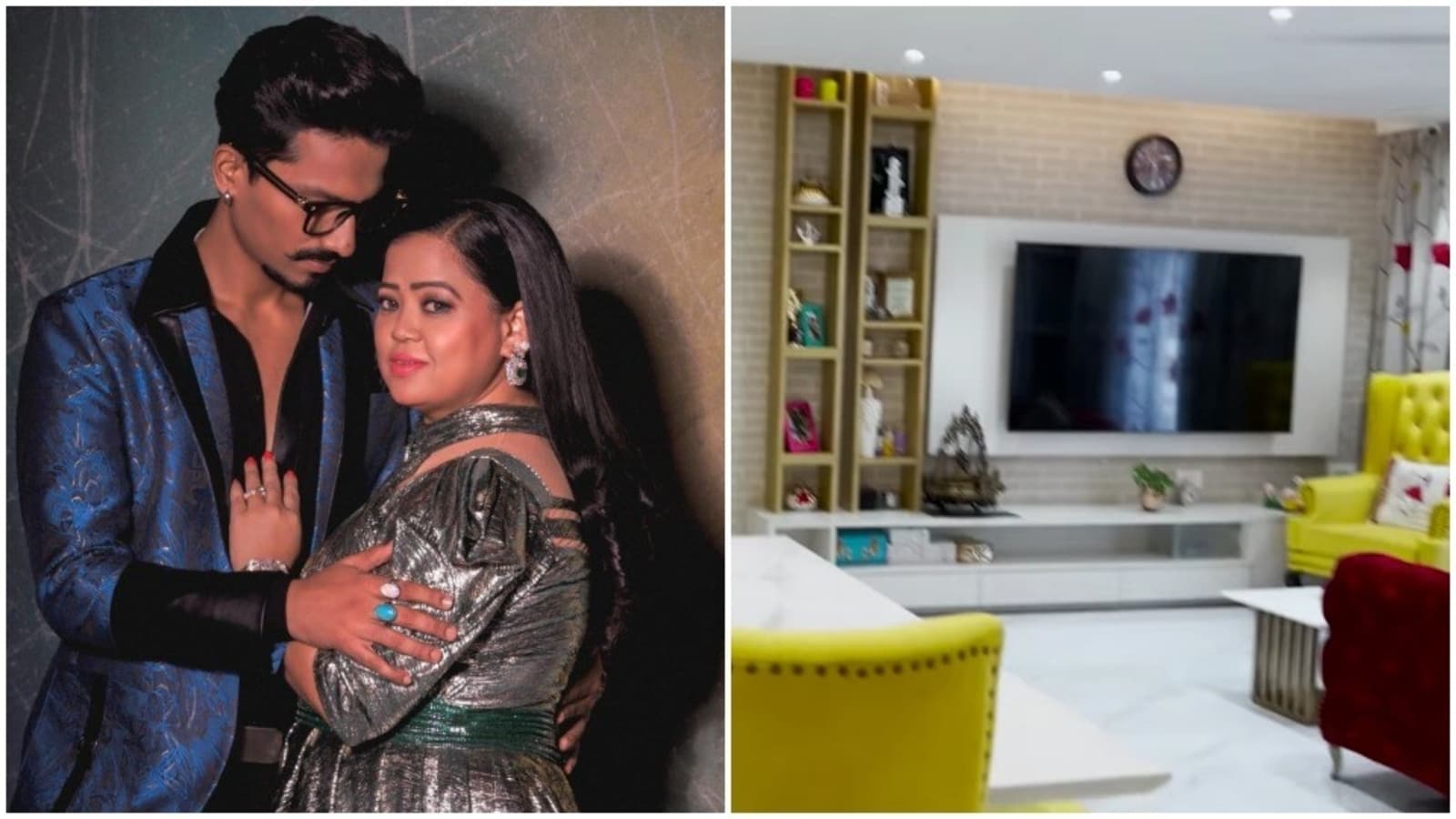 Bharti Singh and Haarsh Limbachiyaa have shared a home video tour on their YouTube channel. Watch it here.

Comedians and television hosts Bharti Singh and Haarsh Limbachiyaa have shared a new vlog on their YouTube channel, this time giving a tour of their Mumbai home. In the video, Bharti took fans around her 2-BHK home in Mumbai, sharing glimpses of all the corners.

Bharti began the video tour right from the main gate of their house. It opens to a foyer area with motivational words framed and hung on a wall. The door is opened by her house help and Bharti takes fans inside her pristine and white kitchen with parallel counters. She showed fans just how neatly everything is hidden in the drawers and cupboards.

Bharti then showed her living room, decorated with a large red couch and a yellow high back chair. The couch faced a large television and a white TV unit which held the couple’s pictures with their friends and some decorative items. On the other side was a white marble dining table with yellow chairs.

The comedian also showed her fans her balcony with artificial grass, a view of other buildings and two chairs. She joked that she got only two chairs to avoid her guests staying over for too long. Bharti added that people should not stay overnight. Instead, they should have a snack and some drinks and leave for their own homes.

Next up was the couple’s bedroom with a large, turfted purple bed and two green couches in one corner. Haarsh was sleeping in the bed while Bharti showed fans just how many cupboardful of clothes he has. She also showed the viewers her bathroom, powder room and Haarsh’s computer room where he works on his videos.

There was also a bar, which Bharti said is left unused as the couple is expecting their first baby.

Bharti and Haarsh got married in 2017 and announced her pregnancy last year. They are currently seen as hosts on talent show Hunarbaaz.

Rottweiler doggo pushes her toy lamb on a swing ever so gently. Watch