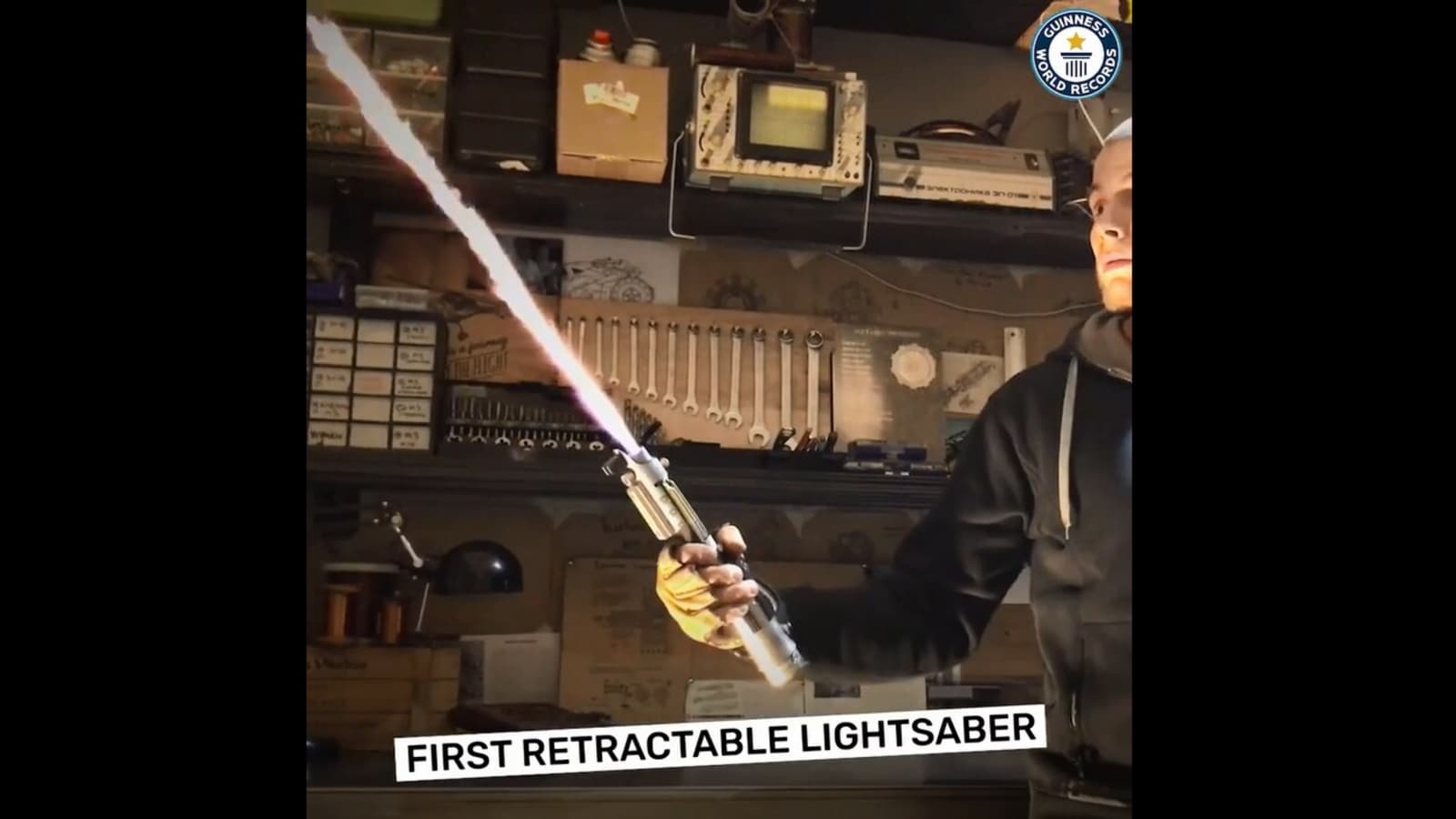 Guinness World Records often takes to Instagram to share about such records that leave people amazed and intrigued. Case in point, this share about a retractable real life lightsaber by a Star Wars fan from Russia.

“First retractable lightsaber: How Star Wars superfan @alex_burkan [Alex Burkan] from Russia created a self-contained real life lightsaber,” they shared while posting the video. They also added more information about the record while replying to their own post.

“The lightsaber produces a plasma blade measuring over 1m (3.28 ft) in length which can cut through metal. Alex’s creations is a replica of the Starkiller from the videogame ‘Star Wars: The Force Unleashed’,” they wrote.

“Alex isn’t the only person – or indeed record holder – who’s tried to create a real-life version of the iconic Star Wars weapon. @thehacksmith (Canada) also created a lightsaber of their own, which broke the record for first retractable proto-lightsaber. ‘The Hacksmith version is much more powerful, it definitely works longer than 30 seconds. Our duel would be extremely fast and furious, because I have only 30 seconds to win!’,” they added.

Take a look at the video that shows the mechanism behind the equipment.

The video has been shared two days ago. Since being posted, the clip has accumulated more than 1.4 lakh views and the numbers are only increasing. The video has attracted tons of comments. Also, many posted heart or fire emoticons to showcase their reactions.

“Omg we are getting closer,” wrote an Instagram user. “Awesome,” posted another. “Bro, you are extremely brilliant!!! I hope you keep breaking records with your amazing inventions,” expressed a third.

Meghan Markle reveals what a woman once told her during an event: ‘What you are doing to your father…’