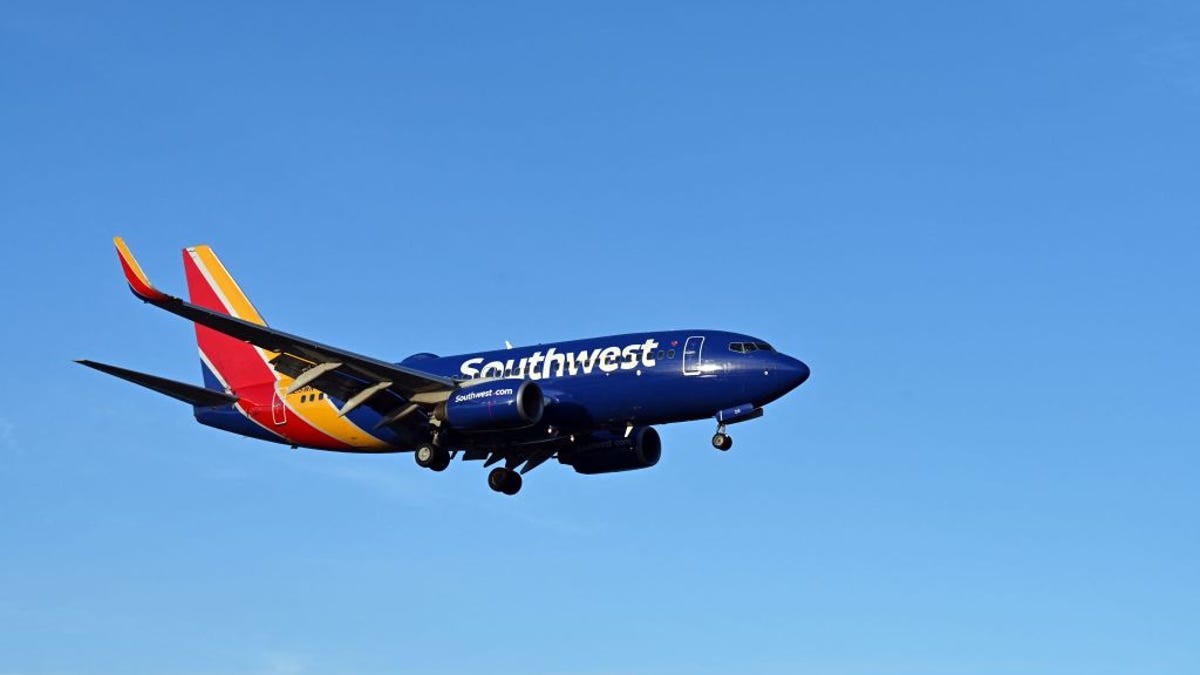 It seems like only this morning that I read of yet more airline disruption across America, but airline executives are — as they so often do — looking ahead to the storms to come.

How can they tackle them? How can they keep getting you to fly when vacation time is over, kids are back at school, and elections loom like grisly bears in the wood?

We love you. We really love you.

I’ve been especially fascinated with the movements at Southwest Airlines of late.

It’s the airline that always professes love but doesn’t always show it. Recently, though, it’s made something of a spectacle out of endearing itself to humanity.

Why, but a couple of weeks ago, Southwest announced that its flight credits will live forever.

“What is this fair madness?!” exclaimed rival airline executives in their sleep. But yes, it was true. Southwest stopped to consider what real human beings would like and gave them something they might respect, appreciate and even adore.

Why would an airline do that?

I wanted to believe this was exclusively an appeal for renewed love and affection from the everyday human. There may, however, be a slightly more venal aspect here.

On the airline’s second-quarter earnings call, Southwest confessed that leisure travelers have a certain limit to how much they’re prepared to pay.

Southwest’s executives worried whether business travel would soon return to sufficiently bounteous volumes. It didn’t seem to be happening.

Would it surprise you to hear that the businesspeople traveling most were in the education, government and small business fields?

Would it also surprise that those traveling less — at least on Southwest — were in the consulting, banking and, oh look, tech fields?

Please imagine, then, that by ensuring flight credits never expire, Southwest may be tempting businesses to schedule more of their executives on trips, knowing that if the trips are cancelled for some reason, they have permanent credit in their bank.

Oddly, here was Southwest’s chief commercial officer Andrew Watterson on the earnings call: “The hoped-for benefit as we get into the travel season here, post-summer, is getting more travelers per account out on the road.”

What do you know? This new outpouring of love may really be all about business travel.

My evidence, m’lud, doesn’t stop there.

Let us help you help yourselves, oh businesses.

No sooner had Southwest offered its flight credit joy than it launched Southwest Business Assist.

The idea here is simple — to give those hard-working corporate travel managers instant, technological control over their company’s flying.

And wait, what’s the first benefit underneath the main introduction on Southwest’s site? Why a picture of two very happy Southwest flight attendants who look like they’ve flown a lot together. Oh, and the words: “Flight credits don’t expire. Expiring flight credits are a thing of the past.”

They’re big on emphasizing that to businesses, you see.

There’s more. So much more.

By now, you’ll be thinking Southwest is very, very desperate for the love of business customers. But wait, there’s much more. So much more.

In a veritable lava flow of love, Southwest announced that customers can now upgrade their boarding group online.

Who wouldn’t want to be in the glorious A1-A15 boarding group? The one where people rush to get the best seats. Which, for some, are actually aisle seats, making it awkward for B-level customers to push by. The A’s get first dibs on overhead bins too.

Now what sort of flyer do you think would want that most? Perhaps the flyer in the consulting, banking or tech industry who just wants to get home after three days of difficult meetings — and whose companies were too stingy to buy them Business Select tickets?

There’s something bracingly pleasing about an airline that seems truly focused on actually surprising its customers. In a good way, that is.

There’s one final kink to all this. Southwest has invested heavily in short-haul flights between businessy sorts of cities. It works operationally for the airline. But, as winter approaches, the ideal would be for actual businesspeople to flood these particular routes.

Southwest’s Watterson again: “It just shows you there’s insufficient business demand for that level of short-haul at this point in time. But as we go into a more heavy business travel season that can be mitigated through the return of business travel.”

It will be fascinating to see how much of an effect Southwest’s Winter of Love may have.

But wait, this just in. The Global Business Travel Association’s annual report and forecast have just been published. It muses that business travel may not return to pre-pandemic levels until 2026.