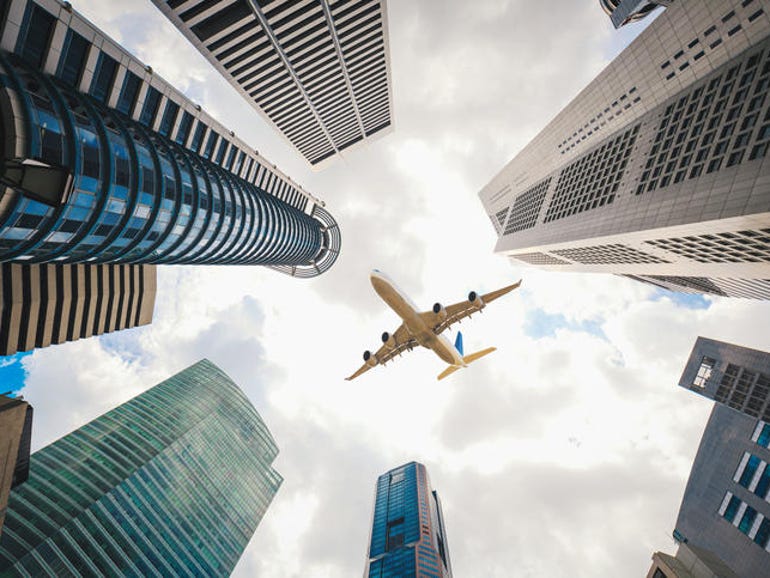 I hope you haven’t been on a plane during the last few weeks.

It’s not that I want to stop you from having a good time, visiting family, or seeing your abysmal NFL team squander its chances and stomp on your hopes. It’s that many airlines have managed their businesses about as well as I manage to play the ukulele.

Thousands of flights have been canceled. Hundreds of excuses have been given.

“What could technology have done about all this?” I hear you mumble.

Well, please let me refer you to Robert Jordan, the new CEO of Southwest Airlines.

Southwest has been at the forefront of the airline backward-step movement. A couple of weeks ago, it canceled 1,200 flights in just two days.

But Jordan, speaking to the Associated Press this week, sounded oddly contrite — for an airline CEO, you understand.

“The company is not broken,” he offered. I fear some might equate that to a pilot in a plane with no engine announcing: “The joystick is not broken.”

Jordan tried to step carefully. He confessed the need to “modernize.”

No, he didn’t confess that Southwest is technologically behind its competitors. Instead, Jordan said, “I do think we need to work on, for example, our operational tools. I don’t know that (employees) have all the tools to manage the complex company that we are.”

Tools aren’t human. At least, not yet. So he really is talking about more advanced technology that can monitor the operation second-by-second, anticipating problems.

Jordan went further: “When you’re in irregular operations (such as cancelations and delays caused by weather or other factors), I’ve got aircraft out of place and customers out of place, and this aircraft needs to end up in that maintenance base. There are probably tools that we can use to more quickly notice problems and provide solutions.”

For all the love — I’m so sorry, with Southwest it’s “LUV” — that the airline peddles and generates, you might think it would have invested in technological underpinnings to make LUV truly work out.

After all, most of us find love via technology these days.

One gets the feeling, though, that Jordan believes the airline has neglected its technological parameters. Take the onboard Wi-Fi, for example.

“Is our Wi-Fi as reliable as it needs to be? I’m not sure that it is,” he admitted.

You don’t have the power. Maybe you should.

There may be even greater technological life-basics that have been neglected.

“Do we need to think about things like whether power (outlets for passengers) on the aircraft are important?” he said. “Can you do everything that you need to do as a customer to self-serve for yourself on your phone?”

You mean run down my battery so that you don’t have to provide an outlet?

If you’ve ever flown Southwest, you know the airline doesn’t provide any power outlets at all on its Boeing 737s. Which is odd for an airline that now flies as far as Hawaii.

Could it be that Southwest wants everyone to self-serve for themselves, so that the airline doesn’t need to provide, well, service? I’m not sure that today’s gimme-gimme-gimme-now customer will take entirely kindly to that.

Some airlines have gone to other extremes when it comes to technology. American Airlines, for example, believes that it doesn’t need to provide seatback screens, instead relying on passengers to have their own devices on which they can entertain themselves.

Which is perfect for a family of six, naturally.

As business travel slowly returns — it might, you know, someday — technology may become one of the prime differentiators in a sphere that has precious few.

Once upon a time, Southwest was known specifically for its low fares and its relaxed, somewhat caring attitude. Now, it’s no longer universally the cheapest, and love can only take you so far.

We’re living in an always-on world. Airlines must provide for that.

In so many ways, Southwest remains an excellent airline. It’s built a brand for which customers have enormous affection. It’s made many decisions that are immensely customer-friendly — no baggage fees, for example.

I fear those of dry humor will observe, however, that it must be hard to make big investments in tech when you always know there’ll be public money to bail you out, any time you hit turbulence.

Nvidia Preparing to Walk Away From Arm Acquisition: Report