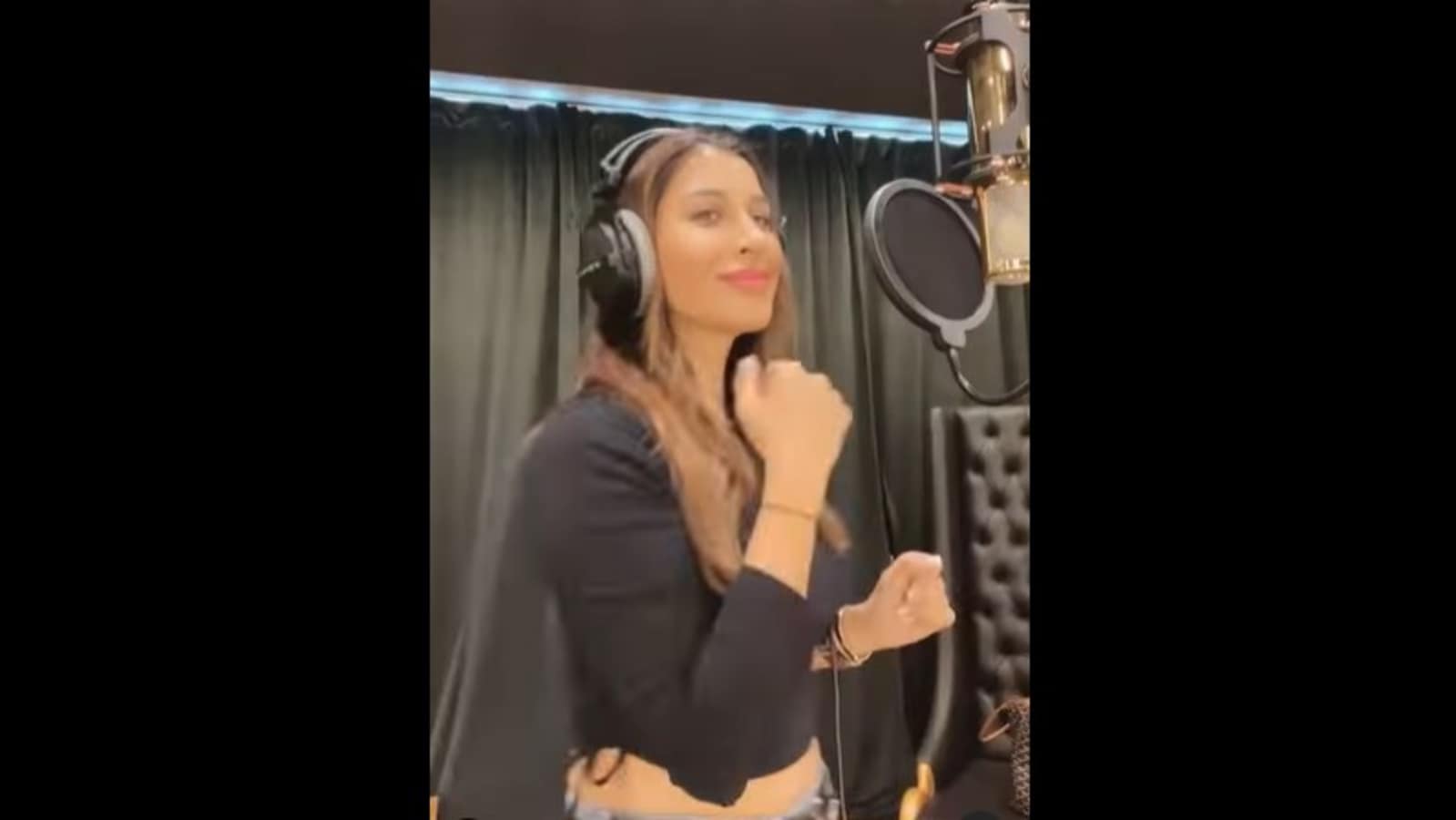 This video posted on Instagram by Sophie Choudry, shows her singing Oo Antava. It went viral and received comments from Malaika Arora, Rakul Preet Singh and Allu Sirish among others.

If you are familiar with Instagram, then you might know what kind of a viral wave the song Oo Antava from the movie Pushpa: The Rise has created on the app. Hopping onto this trend are many people who are seen dancing to this song, acing the hook steps. But recently, Sophie Choudry has taken to her Instagram page to share a video of herself singing the song.

The actor-singer is heard singing the viral Oo Antava song with a lot of perfection and enthusiasm. This video has gone extremely viral and has received several reactions from celebrities including Malaika Arora, Rakul Preet Singh and Allu Arjun’s brother Allu Sirish among others.

“I promised I’d try so this had to be done…Such an epic song. Please excuse the mistakes. How did I do?” she captioned this video of herself singing Oo Antava. She also proceeded to tag the original singer, Indravathi Chauhan and complimented her for how well she performed it.

The video was posted on Instagram around five days ago. So far, the video has gone massively viral and received 1.9 lakh likes. It has also received many comments from celebrities and the numbers only keep going up.

What are your thoughts on this video by Sophie Choudry?

Best standing desks 2022: Get up out of your seat | ZDNet