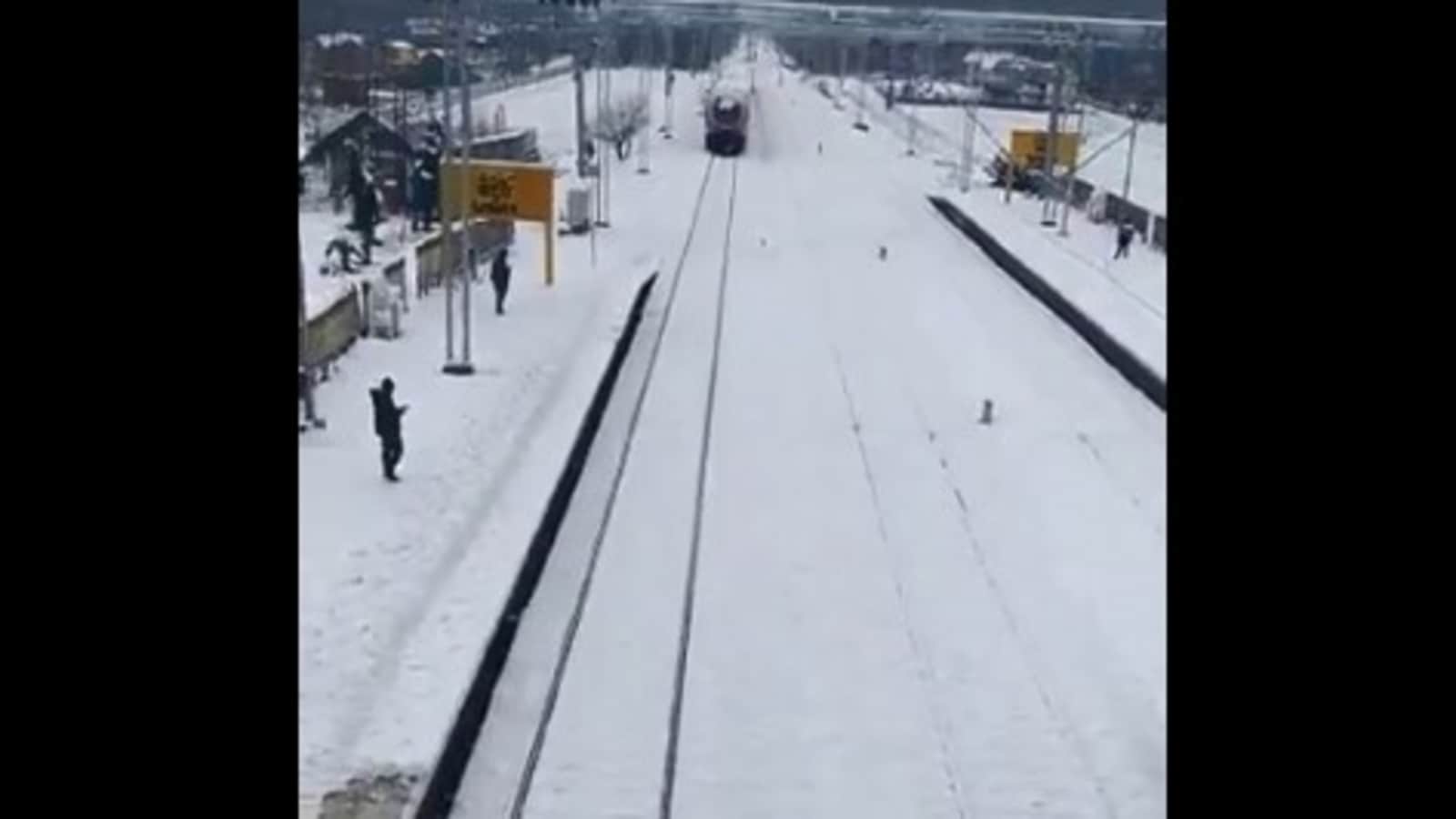 There are certain videos on the Internet that are absolutely memerising to watch. Just like this clip posted on the official Twitter handle of the Indian Railways. The video has left people mesmerised and may have the same effect on you too.

“The breathtaking view of the snow clad train entering snow covered Sadura Railway Station at Baramulla – Banihal section,” reads the caption posted along with the video.

The video opens to show the station covered in a white sheet of snow. Within moments, a trains pulls in and the vehicle is also covered with snow. The clip makes for an amazing video that is sure to amuse you.

The clip has been shared a day ago. Since being posted, the clip has accumulated more than 34,000 views and the numbers are only increasing. The share has also prompted people to post varied comments.

“Very nice,” wrote a Twitter user. “India’s Switzerland,” shared another. “I want to go there,” expressed a third.

Snake slithers away with slipper. Video amuses some, irks others

Dog hilariously wakes human up in the middle of the night, asks her to play. Watch