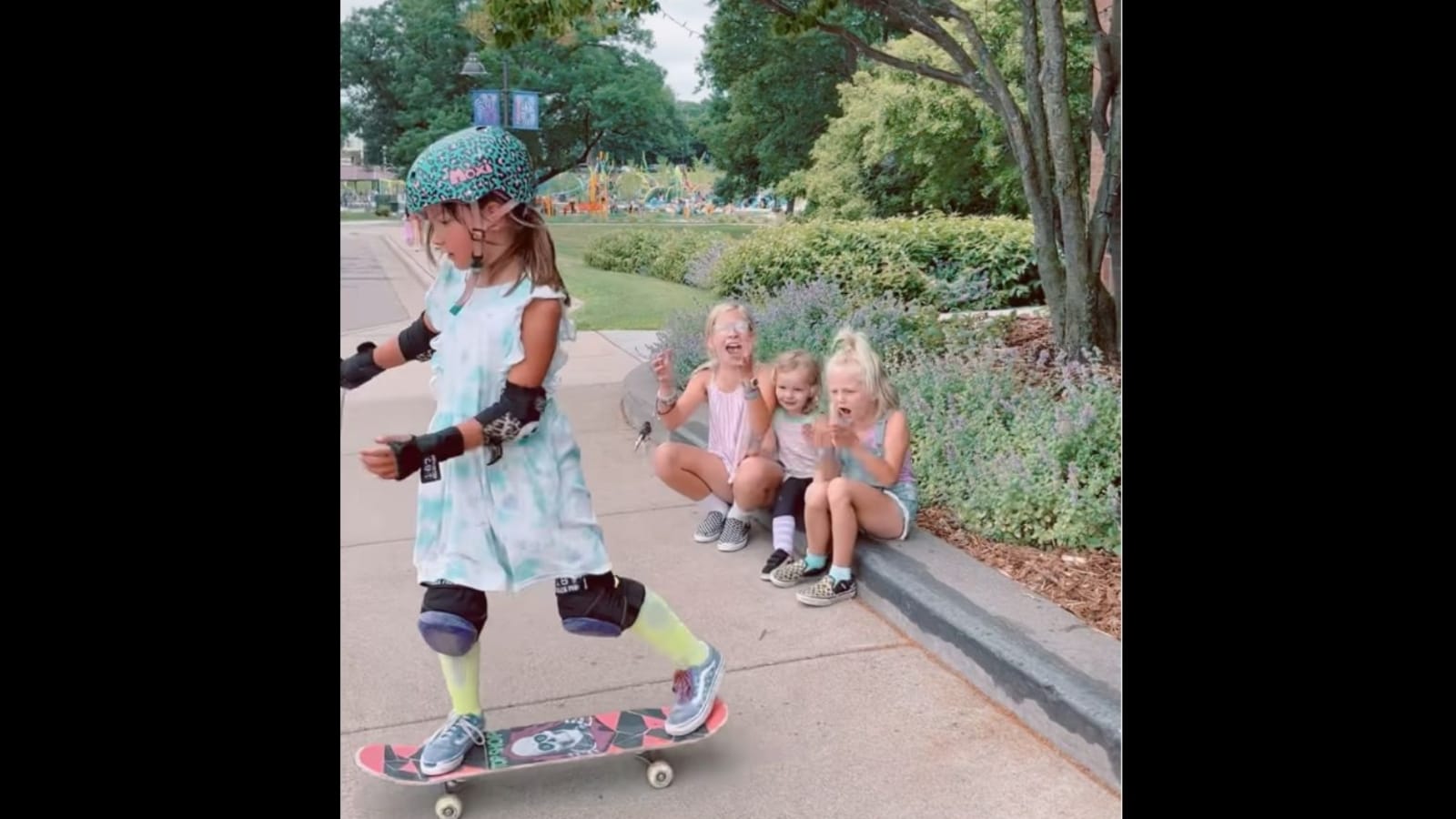 This viral clip shows a little girl’s sisters motivating her to do a skateboard trick. Netizens applaud the bond these sisters share.

A little cheerleading can motivate and persuade anyone to do anything. That is what is showed in this video shared on Instagram. The clip going viral shows a little girl taking a long time to learn a particular skateboard trick. However, when her sisters cheer for her, she masters the trick faster. The enthusiasm these sisters share is unmatched and beautiful to see.

The video shows how a girl named Lulu, trying to do the 50/50 skateboard trick alone, keeps getting frustrated and also starts losing confidence.. However, Lulu later amazes herself and everyone with her ‘kickflip off’ when her sisters sit with her and start cheering for her.

The reel was shared by an Instagram user named Mindy Johnson on July 7. Johnson is the mother of the young girls in the video. She writes in the caption, “With a four sister girl skate squad, Lulu won’t ever have to learn tricks alone. I melt every time they cheer her on. She was getting frustrated learning the 50/50, but they sat with her and shared in her joy when she finally did land it. I think she even surprised herself with the kickflip off! She’s determined to clean it up and get it faster.”

Instagram users praised the efforts of the little girl and the determination she possessed despite her young age. Garnering over eighty thousand likes, the video is being loved by netizens. A user gushing over the endearing video could relate as she commented, “Sisters make the best cheerleader. My sister is my biggest cheerleader too.”

Mindy Jhonson frequently uploads pictures and videos of her daughters skating. All four girls– Viva, Lulu, Edie, and Dot in the video are young skateboarders from the US. Mindy has approximately 56,000 followers on Instagram.

Anand Mahindra tweets video, jokes that this vehicle is example of ‘e-mobility’