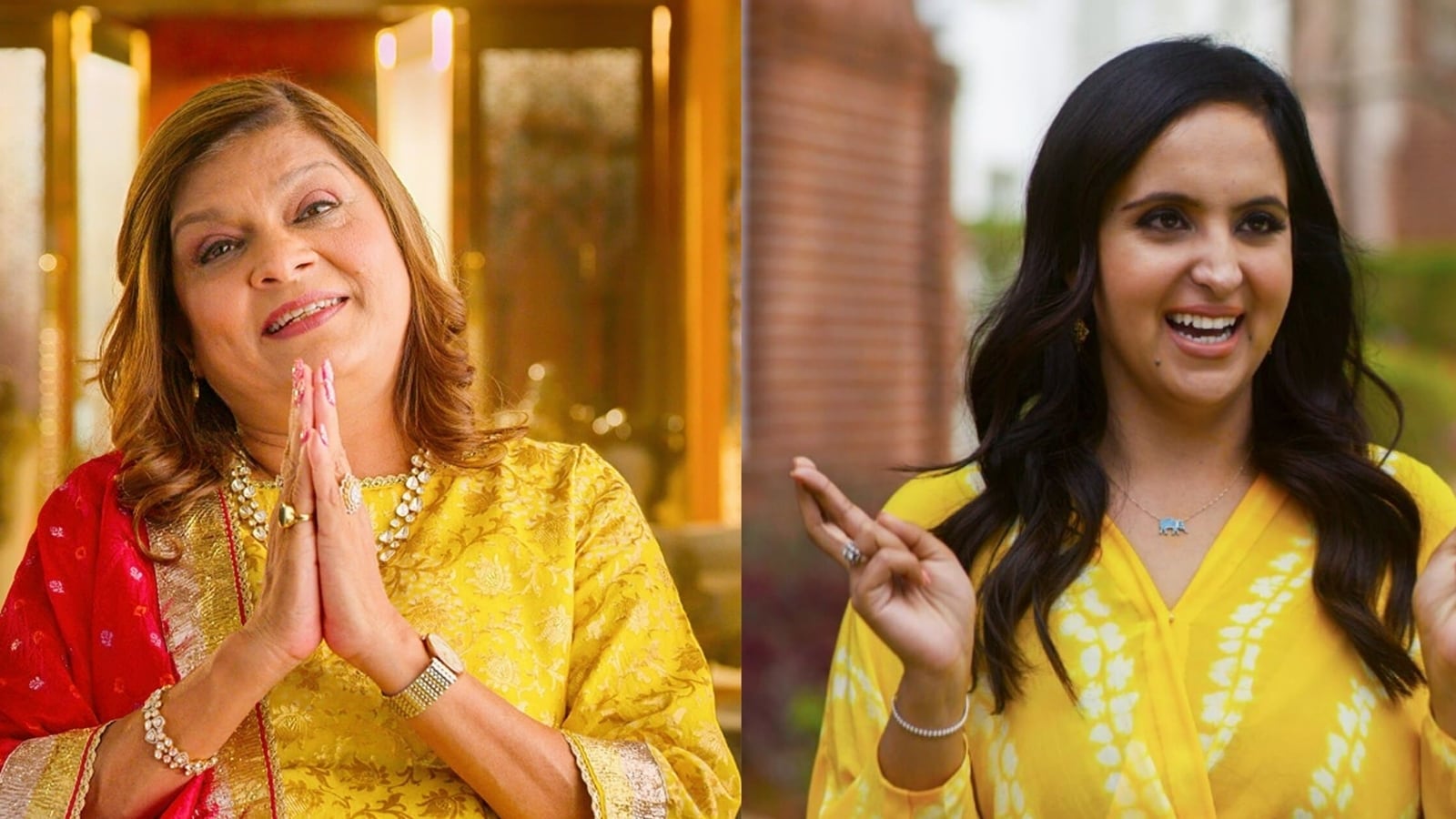 Matchmaker Sima Taparia has said that Aparna Shewakramani could not find a match for herself on the Netflix show Indian Matchmaking as she is stubborn. Sima suggested that the latter’s ‘criteria is too long’. (Also read: Seema Sajdeh poses with Sima Taparia, says, ‘we agree to disagree’)

Sima also responded to the criticism that her show has received over the past two seasons. She said both negative and positive reactions are important to make a show hit. After describing Sima as ‘difficult’ after the first season, Aparna was seen finding her own dates without taking Sima’s help.

Speaking at the Sahitya AajTak 2022, Sima said, “Aparna is stubborn. When you are stubborn, you get fewer matches. That’s what happened on the show. You should keep an eye on the criteria. If your criteria are too long, then you may not get matches.”

Aparna had said in an interview after the show aired that her values didn’t align with Sima’s adding that she is more progressive and views partnerships as equal. She had told Today, “We didn’t see eye-to-eye on a lot of things that surrounded our culture.”

Sima also confirmed the third season of her Netflix show at the event. She said, “You’ll see Season 3 soon. Netflix will plan and announce soon. It’s ready completely. It will come out within a few months.”

Aparna had received flak online soon after the first season of Indian Matchmaking premiered in 2020 but she later received praise for speaking her mind and not putting up with bad dates. Aparna has written a book after appearing on the Netflix show titled, She’s Unlikeable: And Other Lies That Bring Women Down.

iOS 15.4.1 now available with a fix for the battery drain bug