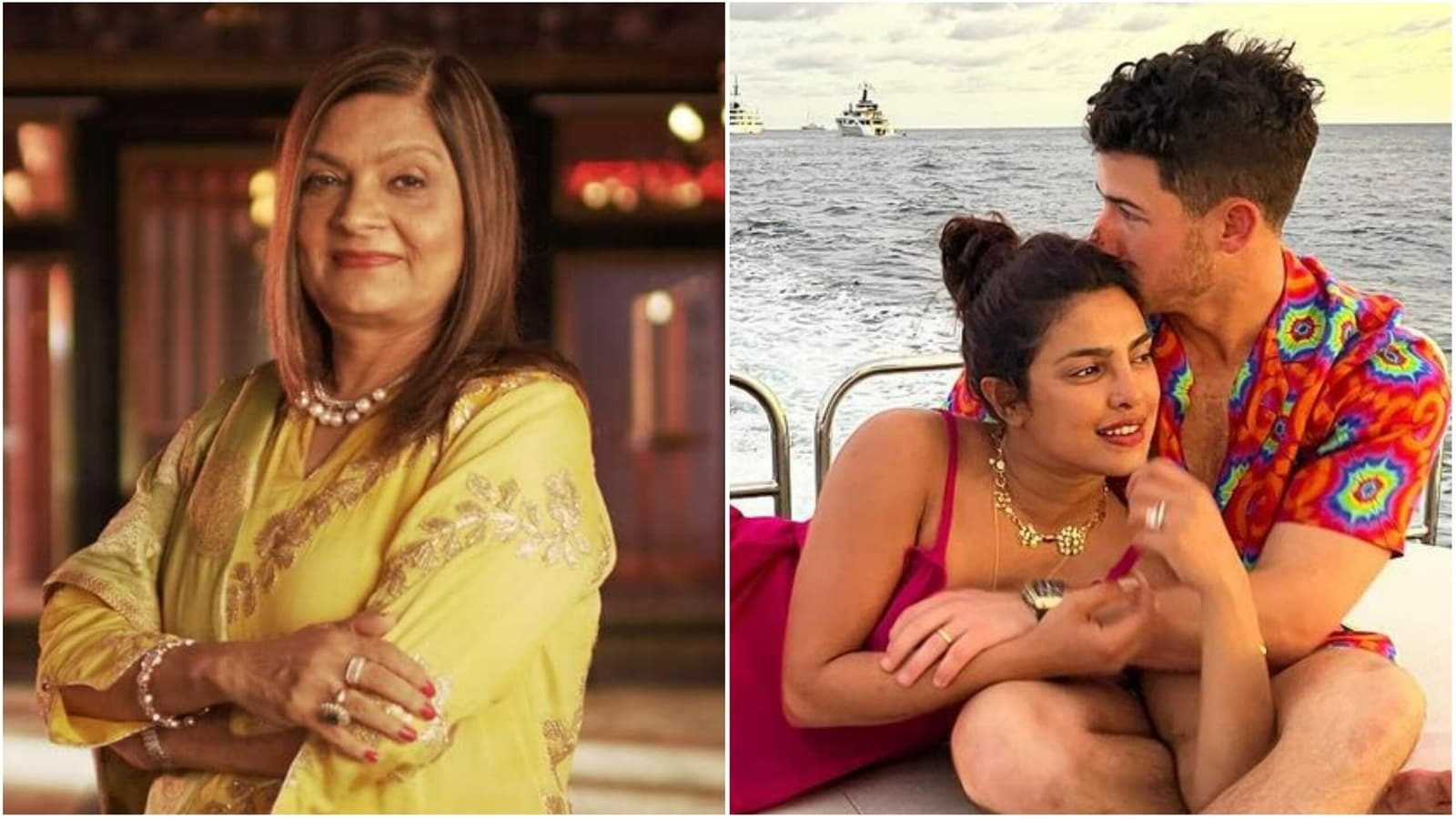 The second season of the Netflix series Indian Matchmaking started streaming on the platform on Wednesday, and as expected, it showed matchmaker Sima Taparia advising her clients to adjust and compromise. This season, Sima also advised her client Nadia Jagessar not to marry a man who is more than two or three years younger than her. She also said that she does not think actor Priyanka Chopra and singer Nick Jonas are a good pair due to their age gap. Also Read| Sima Aunty is back on Netflix; fans say, ‘memes hi memes honge’

In the second episode of the series, Sima Taparia arrived at Nadia’s house for a meeting with her and her family, and discussed her potential matches with them. As Nadia told Sima about a man named Vishal that she liked at a recent party she hosted, the matchmaker said that she agrees that he is a good boy, but she finds him too young for Nadia.

Nadia, meanwhile, said in her confessional that she doesn’t think Vishal is too young as he did not act like a child. She also gave the example of Priyanka Chopra and Nick Jonas‘ marriage to Sima during their conversation, noting that the actor is 11 years older than her husband. Sima did not mince her words as she expressed her opinions about the age gap between Priyanka and Nick.

She replied to Nadia, “But I don’t feel it’s a good match. Sorry to tell that. They have married, but it’s not a good match. He looks so small and petite in front of her, and she looks elder.” Sima added in her confessional, “Nadia liked Vishal because he was a cute and attractive boy. But I think she should see more things than this in a boy.”

Priyanka Chopra and Nick Jonas tied the knot with two wedding ceremonies in 2018. They welcomed their daughter Malti Marie Chopra Jonas via surrogacy earlier this year. Indian Matchmaking season 2 premiered on Netflix on August 10. It featured some old clients of Sima, including Nadia, as well as some new clients as she helped them meet their potential spouses.

McDonald’s and Chick-fil-A both have a big problem. Only one has a solution