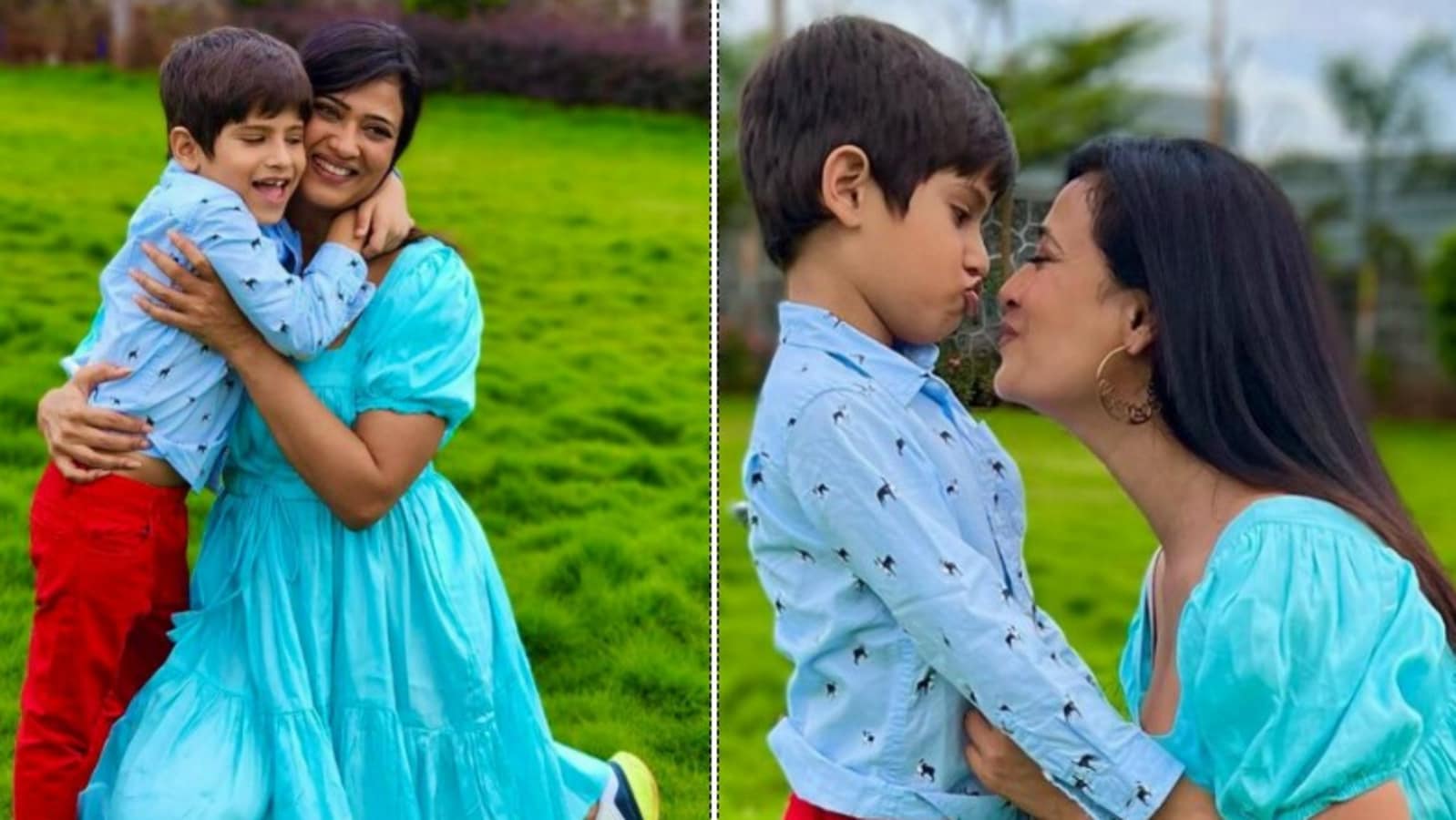 Shweta Tiwari and daughter Palak Tiwari often share glimpse of their lives on social media with their fans. The actor has been spending a lot of her time with her daughter, as well as her son Reyansh Kohli. On Tuesday, Shweta shared adorable new pictures with her son, where the two were smiling wide for the camera. Posting their photos on Instagram, she called him ‘meri jaan’. Daughter Palak left a comment on Shweta’s post. Read more: Palak Tiwari says she looks like her father, had heard comments that ‘she doesn’t resemble’ mom Shweta Tiwari

Shweta shared her pictures with Reyansh with the caption, “You! You are My Good days Meri jaan!” The two wore matching blue outfits. While Shweta wore a blue dress with white sneakers, her son was seen in a blue shirt and a pair of red pants. The two were seen posing for the camera in the first picture, while the second one was a candid photo of the two. In their third photo, the mother-son duo was captured enjoying a game of carrom.

Many of her social media followers responded to Shweta and Reyansh’s photos, leaving comments like ‘so cute’. However, the most interesting comment was made by Shweta’s daughter Palak. “Ya mom, let’s act like I don’t exist,” she wrote. Fans were quick to react to Palak’s comment. One person called her ‘jealous’, while another one wrote, “Just the comeback I wanted to see.”

Palak is the daughter of Sweta Tiwari and her ex-husband Raja Chaudhary. Reyansh Kohli is Shweta’s son from her second marriage with actor Abhinav Kohli.

Shweta, who won Bigg Boss 4 and Comedy Circus Ka Naya Daur, was seen in the reality show Khatron Ke Khiladi 11 in 2021. In a recent interview with journalist Puja Talwar, her daughter Palak, who shot to fame with Bijlee Bijlee, her debut music video with singer Harrdy Sandhu, spoke about her mother. She said she can’t be the person who tarnishes her mother’s name and image. Palak also said that her mother has kept her grounded.

“”I may get more opportunities because of my mother but I need to sit and think is this opportunity benefiting me or am I tarnishing my mother’s name by doing this?” Palak said.

Archana Puran Singh finds her memes with Navjot Singh Sidhu strange, asks why people think she has ‘no other work’