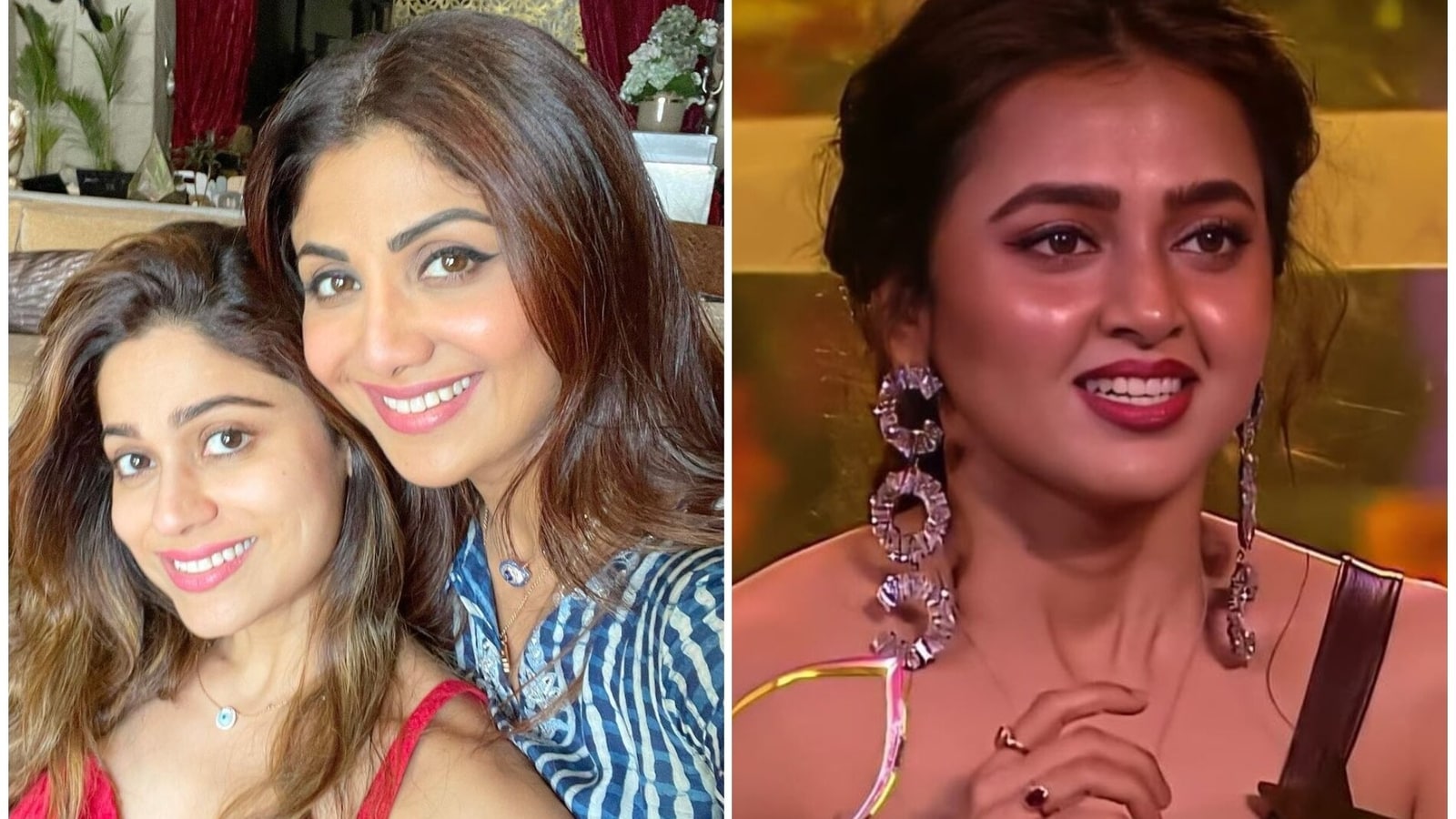 Shilpa Shetty criticised Tejasswi Prakash for her ‘aunty’ comment about Shamita Shetty while speaking to reporters ahead of the Bigg Boss 15 finale. Shilpa said that it was a ‘sign of weakness’ for a woman to pull another woman down and said that she does not condone such behaviour.

Recently, during a task on Bigg Boss 15, Tejasswi mocked Shamita as she gave massages to Karan Kundrra and Pratik Sehajpal. “Chadh gayi aunty uspe (Aunty climbed on top of him),” she said.

Talking to the media, Shilpa asked whether Shamita looked like an ‘aunty’. “Mera yeh maanna hai, jab ek aurat doosri aurat ko neeche dikhane ki koshish kare, woh meri behen ho ya koi aur ho, that’s a sign of weakness aur main uss cheez ko kabhi support nahi karungi (I believe that when a woman tried to show another woman in poor light, whether it is my sister or someone else, it’s a sign of weakness and I will never support it),” she said.

Shilpa said that without any bias, she did not like Tejasswi’s comment at all. “Aur jis tareeke se uss cheez ko bola gaya, main uske sakht khilaaf hoon (The way it was said, I am completely against it). I just think it boils down to manners. Hum aisi cheezein karenge hi nahi (Shamita and I will never say such a thing). My parents were very, very strict with us,” she said.

Tejasswi has maintained that the ‘aunty’ comment was in jest and misconstrued. While she got support from Karan, Shamita did not buy her explanation.

When Shilpa and Shamita’s mother Sunanda Shetty came on Bigg Boss 15, she revealed that she cried when her daughter was age-shamed. “It was a very ugly sight to watch,” she said.

Shamita is the third runner-up of Bigg Boss 15, while Tejasswi won the show. She was also announced as the lead star of Naagin 6 during the finale.

Ankita Lokhande says Vicky Jain told him after Sushant Singh Rajput’s death: Do whatever you think is best for Sushant’