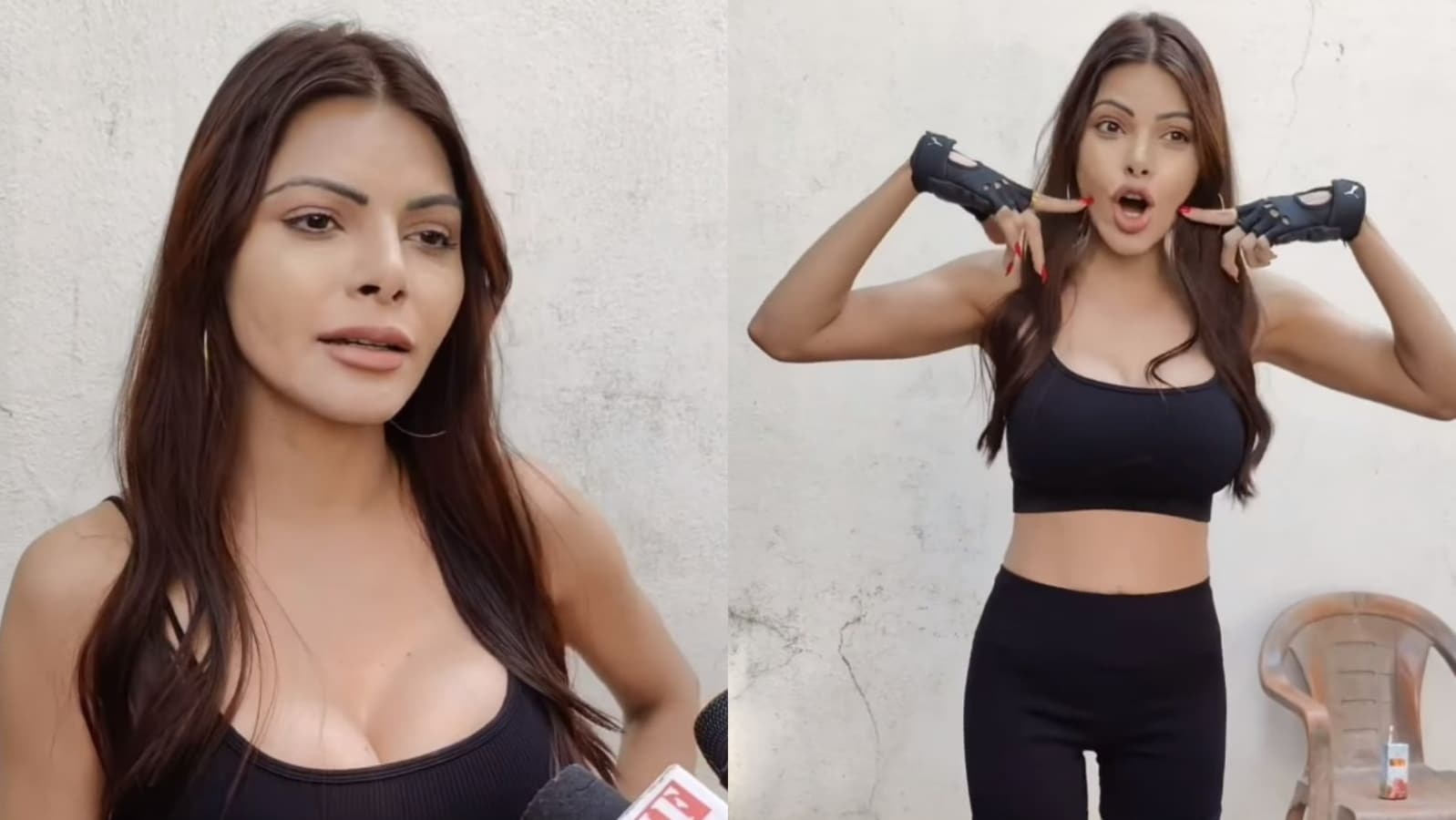 Actor-model Sherlyn Chopra recently shared her reaction to Rakhi Sawant’s statement against her in front of the media. Sherlyn who was spotted in Mumbai, mocked Rakhi Sawant. She imitated Rakhi who is often spotted sharing mushy moments with her boyfriend Adil. Also read: Rakhi Sawant mocks Sherlyn Chopra’s allegations against Sajid Khan

In a paparazzi video, Sherlyn responded to Rakhi’s latest comments on her after she accused Sajid Khan of sexual harassment. She called Rakhi “nonsense” and said, “Kya hai ye nautanki? Nonsense!” She further urged Rakhi to get a gym membership instead and “Are gym k aandar ghuso, mehnat karo, body banao but nahin, mehnat nahi karni madam ko. 24 ghanta sirf media-paparazzi, media paprazzi (Why don’t you join a gym and gain some muscle. She just doesn’t want to work hard but she will go around media and paparazzi the whole time).”

Sherlyn also challenged Rakhi Sawant to have a face-off with her and called her ‘charbi ki dukan (fat).’ Sherlyn’s words come after Rakhi mocked her for saying that Mumbai police is not helping her to file a case against Sajid Khan. Sherlyn also said in a new video that her statement in the matter was recorded by a female officer on 29 Oct, 8 pm. She said that she is all set to approach the Maharashtra Chief Minister for justice as well.

It all began when Rakhi said in Hindi, “Why would anyone take you (Sherlyn Chopra) seriously when Sajid Khan is not the culprit. Neither there’s a witness against him, nor the court has punished him. Don’t you feel ashamed of yourself to accuse others in front of the media while wearing makeup and saree? Don’t you die inside.”

For unversed, Sherlyn along with nine other women in the industry, have accused Sajid Khan of sexual harassment during the #MeToo movement in India. Currently, Sajid is participating in Salman-Khan-hosted reality show, Bigg Boss 16. This is his first appearance on TV after he stepped down from his directorial duties for Houseful 4 following the allegations. Sherlyn earlier said that Salman is protecting Sajid as many viewers expressed their displeasure with Sajid on the show.

Kid thinks no one showed up for his graduation, gets sad. Watch what happens next