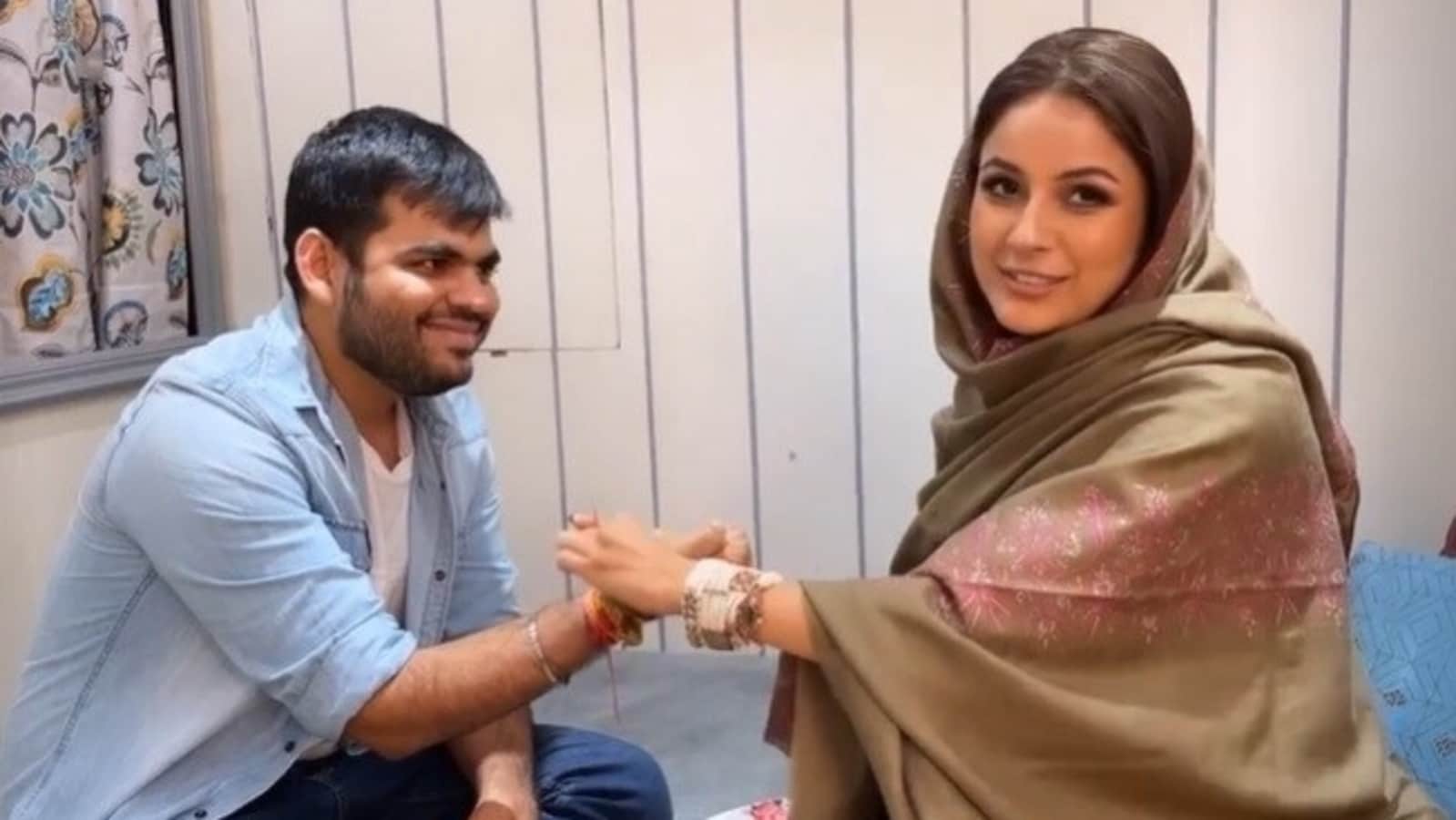 Shehnaaz Gill tied rakhi to her manager Kaushal on the occasion of Raksha Bandhan on Thursday. She shared a candid video on her Instagram Stories to share a glimpse of her small celebration on the festival. She also mentioned her brother Shehbaz Badesha in her post. Also read: Inside Kapoor family’s Raksha Bandhan celebrations

Sharing the video, Shehnaaz Gill wrote, “Miles away from home…but still feels home. Happy Rakshabandhan to everyone. Miss you @badeshashehbaz.” The video shows Shehnaaz without makeup as she tied a rakhi to her manager Kaushal as soon as she woke up. She is seen tying a rakhi on his wrist and has brown dupatta on her head.

The video shows Shehnaaz tying a rakhi on Kaushal’s wrist in second attempt. She mentions how she doesn’t know how to do it since she used to tie a rakhi only during her childhood days. After she is done, he asks her to touch his feet, claiming younger siblings are supposed to touch the feet of elder siblings. But Shehnaaz asks him to touch her feet instead. Later, he takes out his wallet to give her shagun for tying a rakhi but refuses to reveal how much he’s giving to her.

The video was also shared by a paparazzo account on Instagram. A fan commented on it, “The way, she has put her dupatta on.” Another said, “How sweet.. Love u soooo soooo soooo much forever.” One more fan said, “And this one is just so pyaaru (lovely).” One more comment read: “Awwww so cute.”

Shehnaaz is currently working on her big Bollywood debut, Kabhi Eid Kabhi Diwali. The film stars Salman Khan as the lead. Shehnaaz shot to fame with her appearance on Bigg Boss 13 and became popular for her bonding with fellow house inmate, Sidharth Shukla. He died few months later.

Twitter users calls out Kim Kardashian for advising women to ‘get off your a** and work’: ‘This is joke of the year’