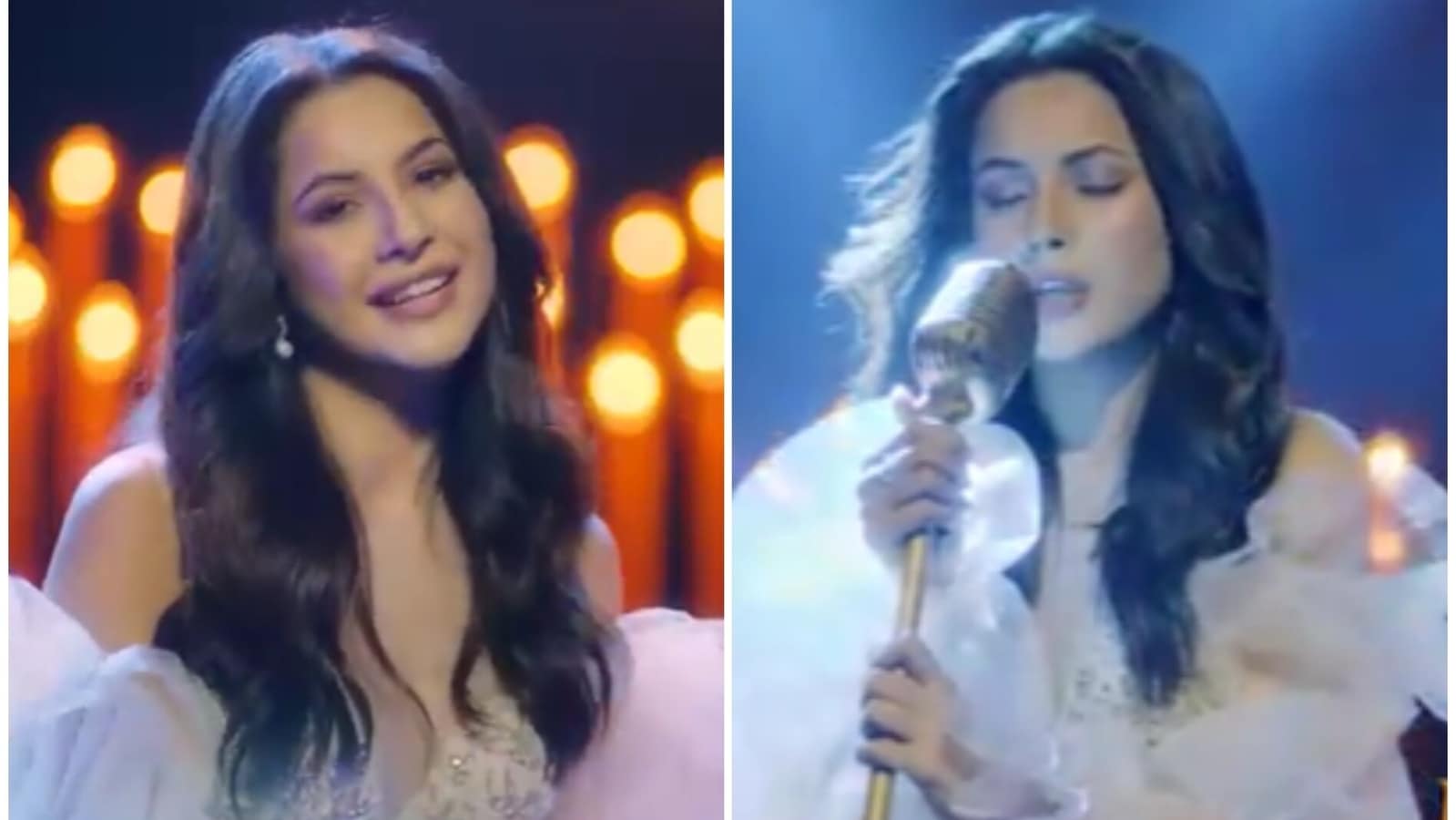 A new promo of the talent reality show Hunarbaaz shared online by Colors showed Shehnaaz Gill singing on stage. She performed Raanjha from Shershaah and talked about the ‘hunar (talent)’ within her.

“Mere andar bhi na ek hunar hai ki jo mujhe bohot hi zyada khushi deta hai aur sukoon deta hai (I have a talent in me too, that gives me a lot of happiness and peace),” she said. She also talked about how the show gives a platform to the general public to showcase their talent and fulfil their dreams.

Fans were happy to see Shehnaaz on Hunarbaaz. “Epitome of beauty and grace. Spectacular looks and soulful voice. What a combination,” one wrote. “Shehnaaz is a full package of hunars but the most important hunar she has is to bring happiness, mera babu. #HunarbaazShehnaazKeSath,” another said. One cheered her on, calling her a ‘queen’: “So glad to see the queen is back! Keep rising and shining #ShehnaazGill.”

Hunarbaaz will be judged by Karan Johar, Parineeti Chopra and Mithun Chakraborty. It is not yet known if Shehnaaz will appear as a special guest on an episode or join the show in some other capacity.

According to a statement from the producers accessed by PTI, Hunarbaaz will have contestants displaying a variety of talents. “Singers, musicians, dancers, magicians, stuntmen, comedians and more, all are welcome to dazzle everyone with their talent. To add to this excitement, the industry’s biggest entertainment experts will come together to help India select its ultimate ‘Hunarbaaz’,” the statement said. The show is scheduled to premiere on January 22 on Colors.

Also see | Shehnaaz Gill remembers Sidharth Shukla in new video, says he made her ‘strong’: ‘I learnt so much’. Watch

Shehnaaz became a household name with Bigg Boss 13 after her vivacious nature won the hearts of viewers. She has since starred in several music videos, including Bhula Dunga, Shona Shona and Kurta Pyjama. She also starred in the Punjabi film Honsla Rakh with Diljit Dosanjh.

Explained: The James Webb telescope that brought us an image of how the universe looked 13 billion years ago- Technology News, Firstpost