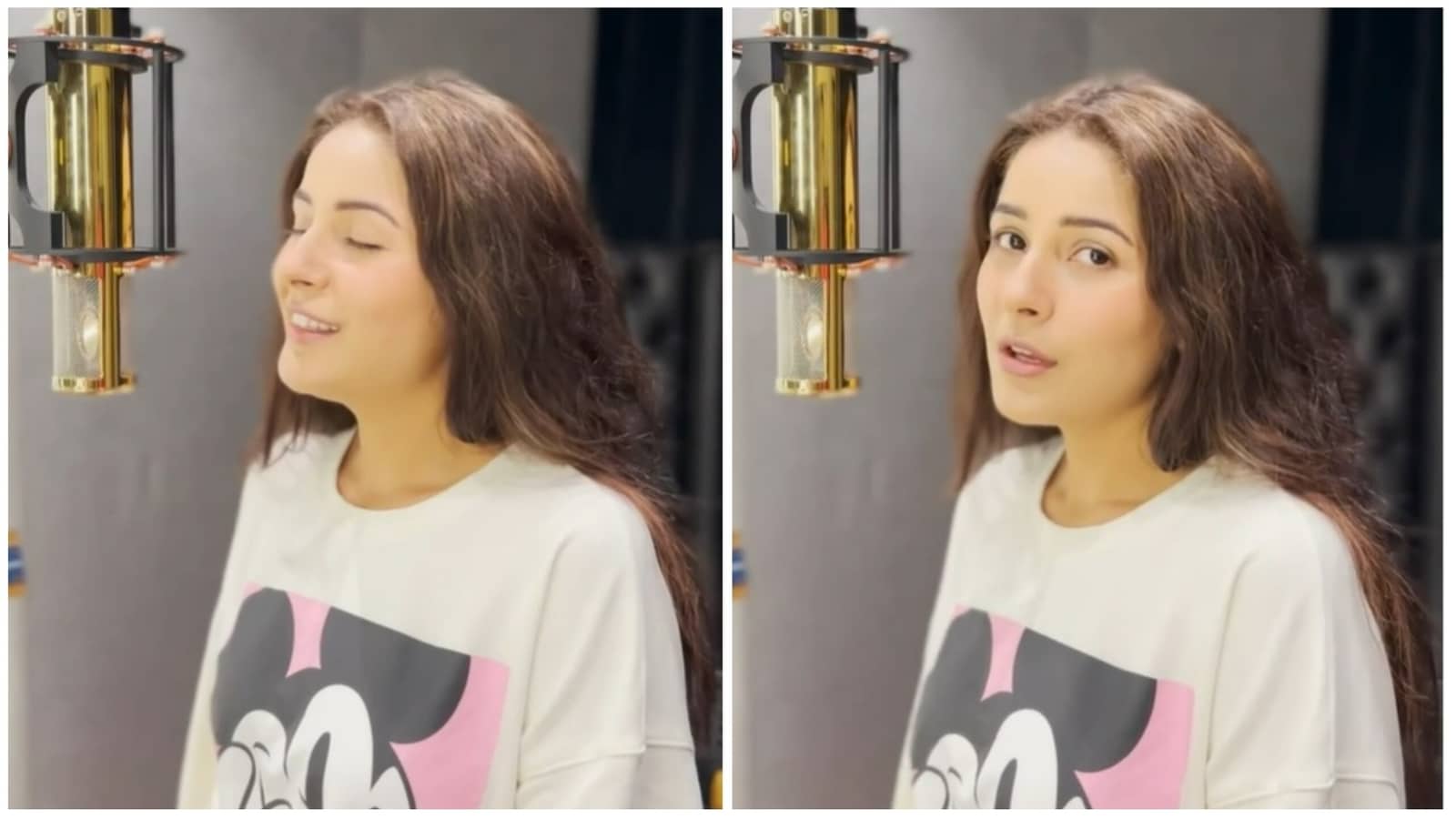 Shehnaaz Gill has shared a video of her singing a song originally sung by Neha Kakkar. She sang Neha’s 2020 song Taaron Ke Shehar. And the video has already received a ton of love from her fans. The song was penned by Jaani and sung by Neha Kakkar and Jubin Nautiyal. The music video was a hit and featured Neha opposite Sunny Kaushal. Also read: Shehnaaz Gill dances to Sidhu Moose Wala’s songs as she makes her ramp debut as a bride in red

Shehnaaz’s video received more than 25k comments and 5.45 lakh views within two hours of getting shared on Instagram. She is seen in a white tee, singing the song in a studio.

A fan reacted, “Your voice is soulful.” Another said, “Wow beautiful voice.” One more fan commented, “I am crying.” Daboo Ratnani commented on the video, “Beautiful.” A fan even wrote, “Your voice makes me forget my worries, calms my mind and make me feel relaxed.” “Your voice always touch my heart,” read yet another comment.

Shehnaaz starred in Punjabi film Honsla Rakh alongside Diljit Dosanjh last year. She shot to fame with her appearance on Bigg Boss 13 hosted by Salman Khan. She also delivered a single Tu Yaheen Hai last year, as a tribute to her boyfrien and late Bigg Boss 13 winner Sidharth Shukla. The two were rumoured to be a couple ever since they became friends on the reality show.