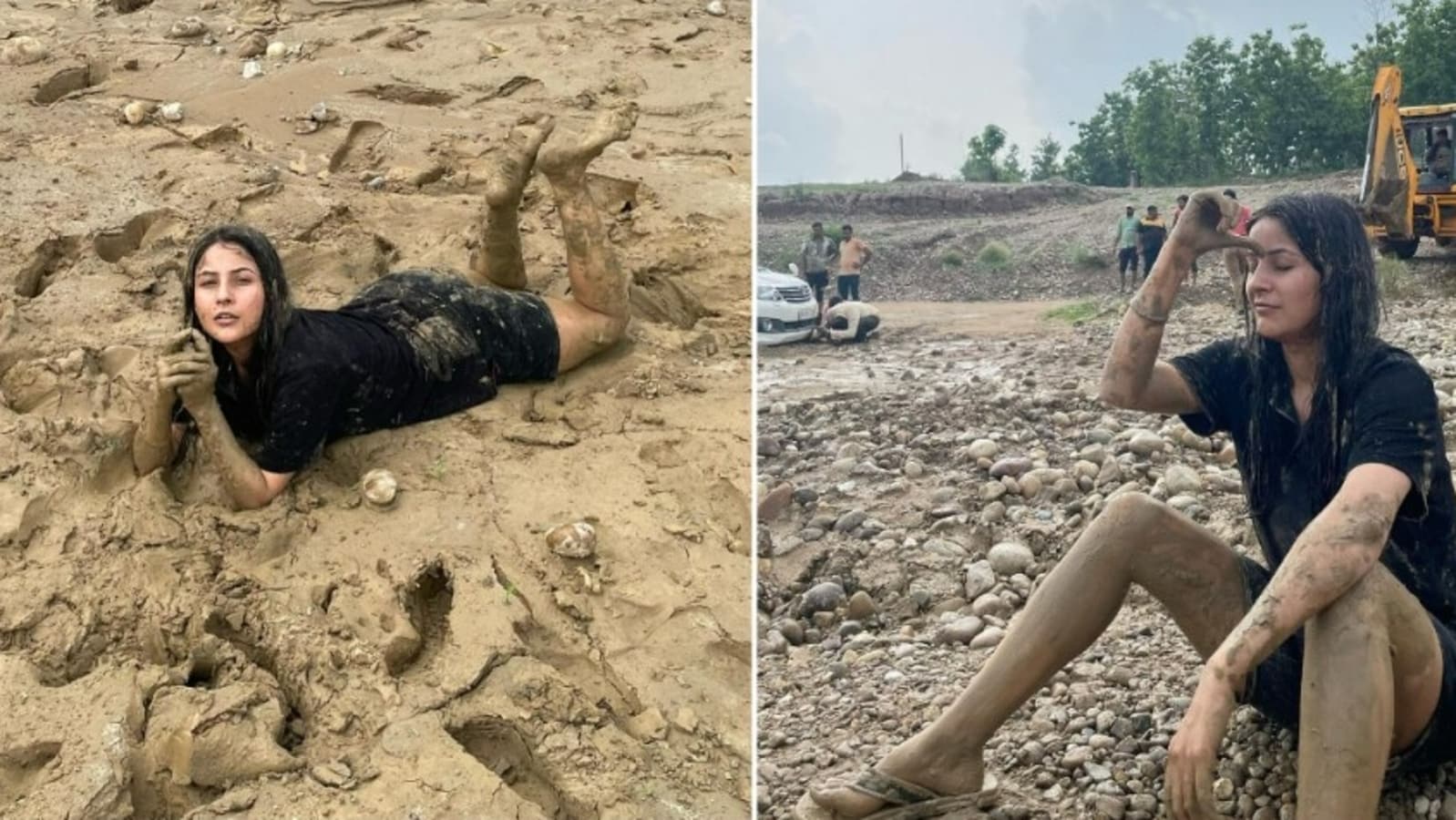 Shehnaaz Gill took to her Instagram and shared how she enjoyed her day in some mud. In the pictures, can be seen having fun and relaxing in her village.

Shehnaaz Gill took to her social media to share photos of herself slathered in mud against the backdrop of tractors, bulldozers and the clear blue sky. She could be seen enjoying her very natural mud spa. She wore a black top with black pants and flip flops. In one picture, she is seen applying mud as tilak on her face and rubbing the mud on her legs. Also read: Shehnaaz Gill hugs emotional fans, gives flying kisses to paparazzi as they call her ‘Punjab di Katrina’

She captioned her Instagram post, “Spa time #off roading.” Reacting to her pictures, producer Parvez Numarry wrote, “#shehnaazgirl” (white hearts),” fashion designer Ken Fern commented, “Literally down to earth,” actor Sweety Chhabra wrote, “Earth Angel.” One of her fans commented, “JCB ki khudai mai nikli ek sundar kanya (when an excavator dug out a beautiful woman).” Another fan wrote, “Only this munchkin can do this.”

Shehnaaz made her modelling debut with the music video Shiv Di Kitaab in 2015. She made her acting career debut with Punjabi filmS at Shri Akaal England in 2017. She also participated in Bigg Boss 13 but finished in third position.

She was last seen in Mujh se Shaadi Karoge, reality TV series and Honsla Rakh, romantic comedy film in 2020 and 2021 respectively. Recently, Shehnaaz won the Most Stylish Emerging Face Award at the Hindustan Times India’s Most Stylish 2022 ceremony. The star took to Instagram to celebrate the win and post pictures from the event. “I’d like to manifest: MY FIRST OF MANY TO COME! Thank you Hindustan Times for this Honour. I’m immensely grateful,” Shehnaaz wrote in the caption.

Several reports claim that Shehnaaz will soon be making her Bollywood debut with Salman Khan-starrer Kabhi Eid Kabhi Diwali, in which she will star opposite Jassie Gill.

Suman Gupta: One should stop looking for friendships in the industry

Anand Mahindra asks people to come up with a caption for rooster-related video. They deliver and how