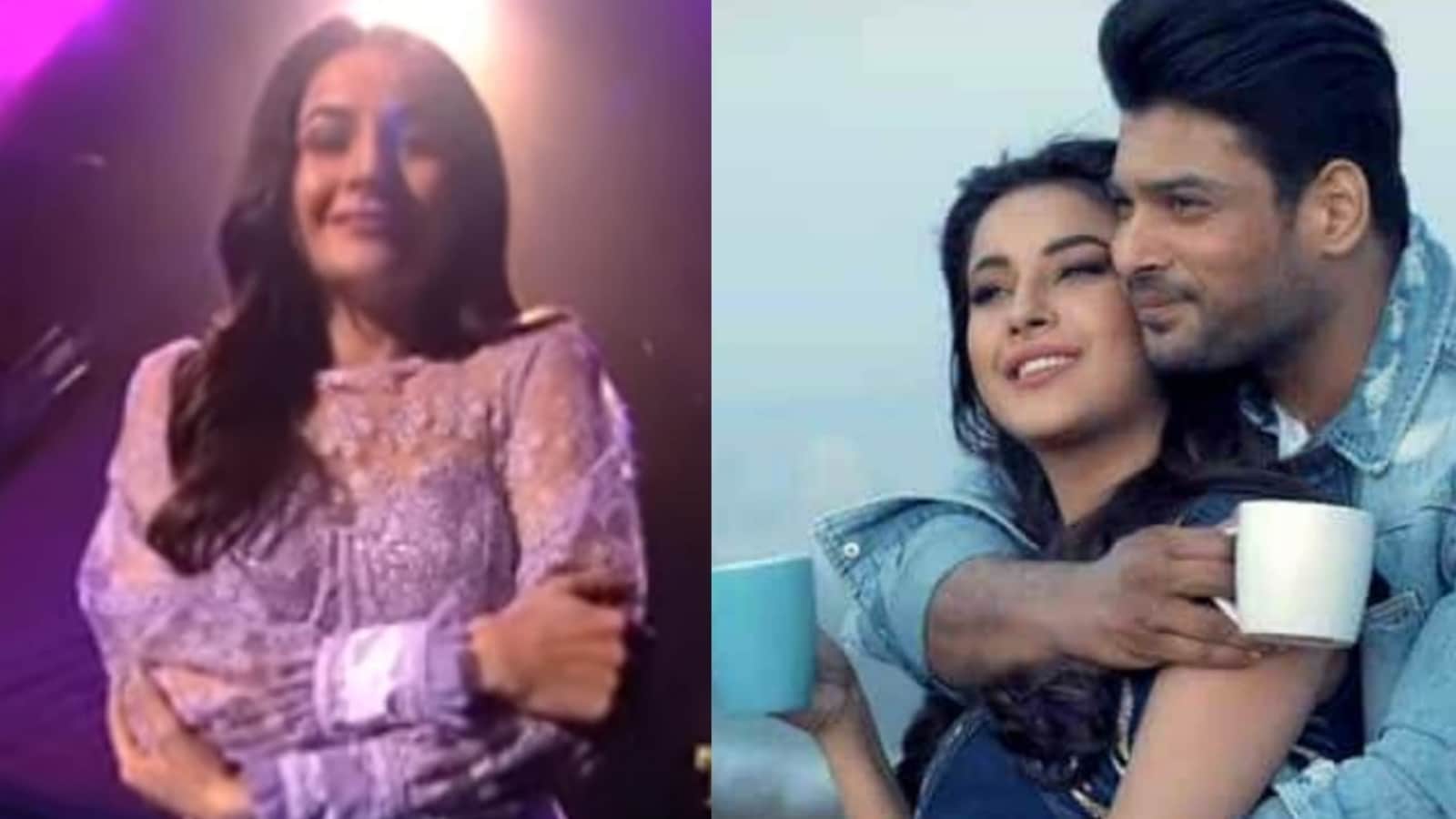 It was reported earlier this week that Shehnaaz Gill will pay a special musical tribute to the late Sidharth Shukla on the grand finale of Bigg Boss 15 this weekend. Now, in a promo released by Colors TV on Instagram, fans were given the first glimpse of Shehnaaz’s tribute.

The promo for the grand finale episode opens with a montage of Sidharth and Shehnaaz’s moments from the Bigg Boss house. The two met during their stay in Bigg Boss 13, where Sidharth was the winner and Shehnaaz the second runner-up. In the video, Shehnaaz can be heard saying, “Dear Sidharth, mere liye toh tu hamesha yahin hai (For me, you are always here).”

Following this, Shehnaaz performs to an original song in her voice in which, the lyrics talk about longing, separation and reunion. A voiceover informs the fans, “In the grand finale, Shehnaaz reignites Sidharth’s memories.” A montage of Sidharth and Shehnaaz’s moments from season 13 plays in the background. The video ends with Shehnaaz being startled by Sidharth’s voice calling her ‘Sana’, her nickname.

Sidharth died in September last year at the age of 40 after a suspected heart attack. The actor, who did shows like Balika Vadhu and Dil Se Dil Tak, gained further fame with his appearance on Bigg Boss 13. The bond between Shehnaaz and Sidharth was one of the highlights of Bigg Boss 13. Their pairing, dubbed SidNaaz by fans, came to be appreciated by fans and industry colleagues alike.

Fans were all praise for the performance and how Shehnaaz brought back Sidharth’s memories. “I cannot stop crying, this has broken me,” wrote one in the comments on the Instagram post. “She made me cry,” added another. Several fans added that they would watch the finale just to see the performance. “When I heard (Sidharth call) Sana, it gave me goosebumps,” commented one fan.

The finale for Bigg Boss 15 will air this weekend, on January 29 and 30, at 8 pm. The grand finale is said to be a star-studded event with several other guests in attendance. All the eliminated contestants from the season will also be making an appearance as well as several of the winners of previous seasons.

Payal Rohatgi attends Dhaakad premiere after wishing the film flops, urges everyone to watch it