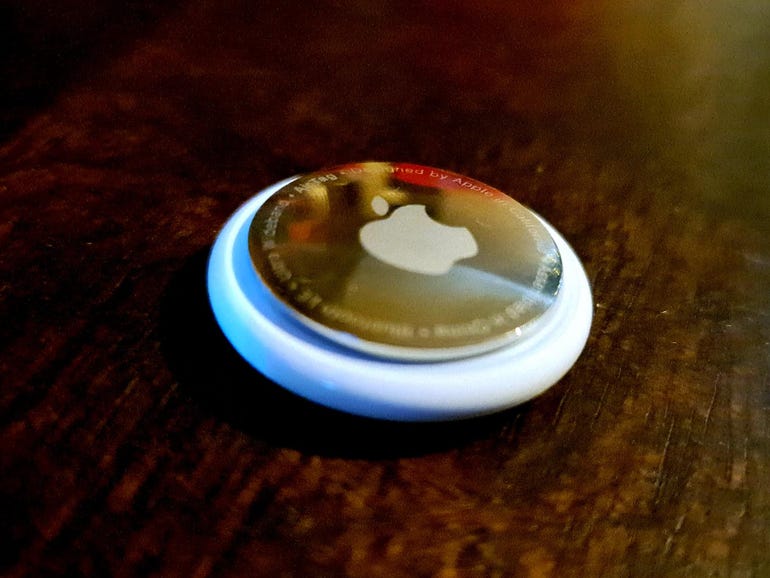 Apple’s AirTags are getting some of a bad (brand) name.

It’s “a perfect tool for stalking,” as Eva Galperin, Director of Cyber-Security at the Electronic Frontier Foundation, put it to the BBC.

That’s the problem with technology, isn’t it? For every potential good use, there are at least several pain-inducing, criminal-pleasing, world-ending uses. Too often, the bad outweighs the good, especially in the public eyes and ears.

Here, though, is a tale of a woman who’s glad she used an AirTag for her own surveillance purposes.

Valerie McNulty has moved around a few times. She’s an army spouse and she knows the drill.

As she told the Military Times, McNulty also knows that moving companies aren’t universally reliable. It’s not just that they can break things or lose things. It’s that, well, they may not always deliver the facts in a way that’s actually factual.

So McNulty slid an AirTag into one of her family’s moving boxes containing her son’s toys. They had a long way to go, from Fort Carson, Colorado to Fort Drum, New York.

You’ll be stunned when I tell you the boxes didn’t turn up on time. They were a month late. A promise of a Friday delivery became the promise of a Sunday delivery. You know how these things go.

Also: How tech is a weapon in modern domestic abuse — and how to protect yourself

The driver finally called McNulty and told her that he was just picking up her family’s boxes in Colorado.

The call didn’t go well. You see, McNulty had already checked the location of her AirTag. She knew it was in Elizabeth, New Jersey, not far from her new home.

“I made him aware that I knew he was only four hours away from us,” she told the Military Times. “He called back several minutes later trying to bargain with me to see if he could deliver it on Sunday or Monday.”

“Where was the driver?,” you might ask. Allegedly seeing a lady friend, said McNulty.

And, of course, all of her family’s boxes didn’t arrive.

You can completely understand why McNulty used the AirTag in the way she did. This whole tale makes me wonder, though, what we’ve come to and where we’re going.

Employers don’t trust remote employees, for example, so they garland them with surveillance technology.

Too many humans don’t like or trust each other. So they use technology to abuse each other, stalk each other, hack each other, and even break into their lovers’ gadgets.

At the same time, they use technology to stay in touch with each other and work together in ways that were never previously possible.

Perhaps we were always as two-sided as this.

Ultimately, though, because of the immediacy and ubiquity of technology, the result is an exponentially heightened collective paranoia. If our default is that we can trust no one and fear everyone, how can we ever really get along?

How can we ever be at peace?

Man gives money and heartfelt note to stranger, she does this. Watch

Cat and dog make up after chasing each other to their hearts’ content. Video is cute to watch