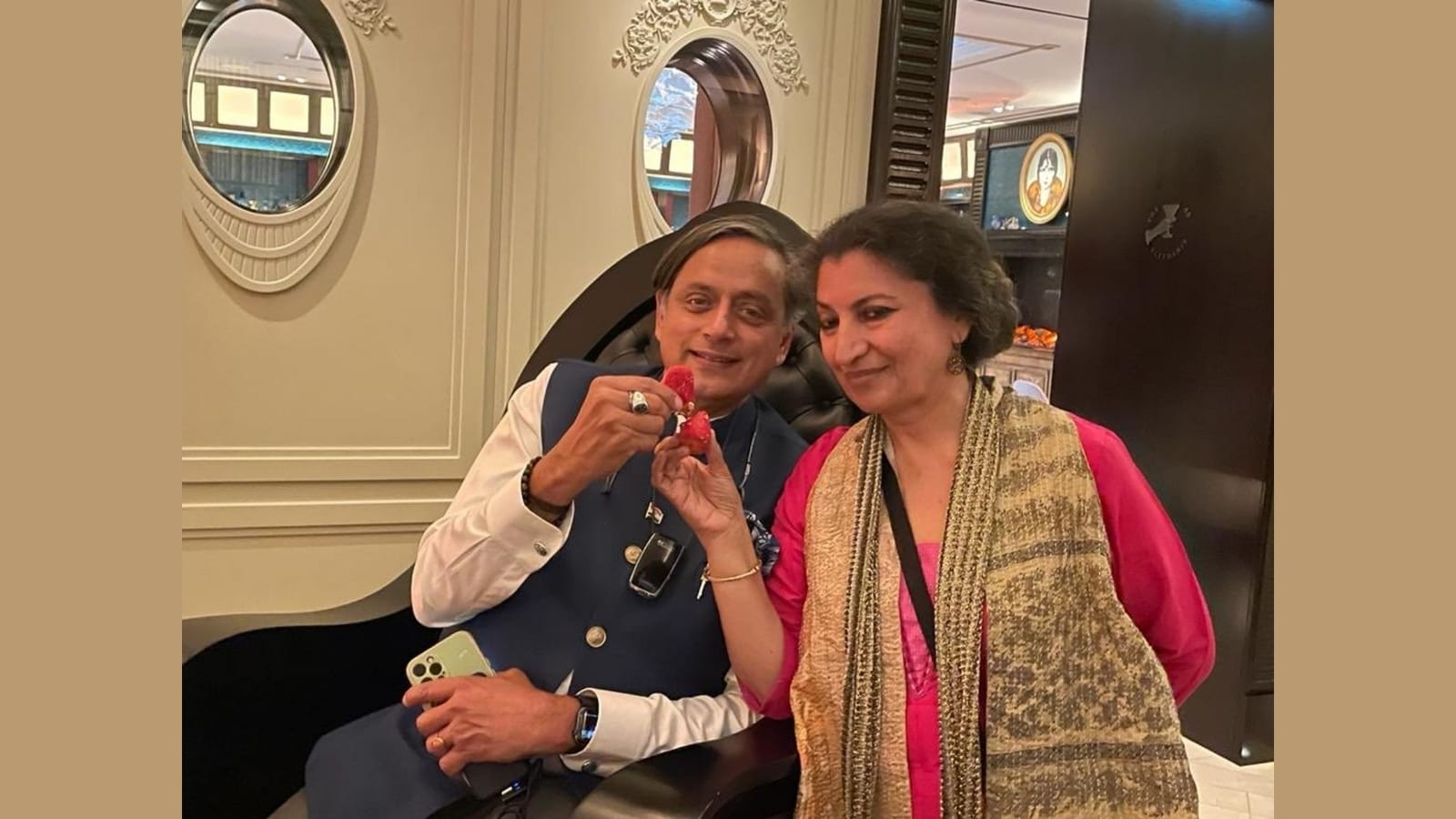 Shashi Tharoor and Geetanjali Shree were in London to participate in Jaipur Literature Festival, which concluded on June 12.

Congress MP Shashi Tharoor participated in the Jaipur Literature Festival held at the British Library in London from June 10 to June 12. He took to Twitter to share a picture with novelist Geetanjali Shree who recently bagged the International Booker Prize for her book Ret Samadhi (Tomb of Sand).

“Toasting birthday girl novelist Geetanjali Shree with a strawberry in London last night as @JLFLitfest comes to a celebratory end!” Shashi Tharoor tweeted while sharing a picture with Booker Prize winner Geetanjali Shree. Tharoor and Shree were in London to participate in Jaipur Literature Festival, which concluded on June 12.

Since being posted a few hours ago, Shashi Tharoor’s tweet has received over 1,000 likes and more than 80 retweets. The share has also prompted people to flock to the comments section.

“Cheers have a great time,” posted a Twitter user. “Sir, I am learning English from your tweets, so today’s new word is toasting,” said another. “Wonderful,” commented a third.

Geetanjali Shree is the first Indian writer to win the International Booker Prize for her book Ret Samadhi which was translated into English by Daisy Rockwell. Tomb of Sand is the first novel translated from an Indian language to be recognised by the award. The novel is set in northern India and follows the adventures of an 80-year-old woman who attains a new and highly unconventional lease of life.

What are your thoughts on the picture?

Slack is down: Messaging app confirms outage for some users | ZDNet