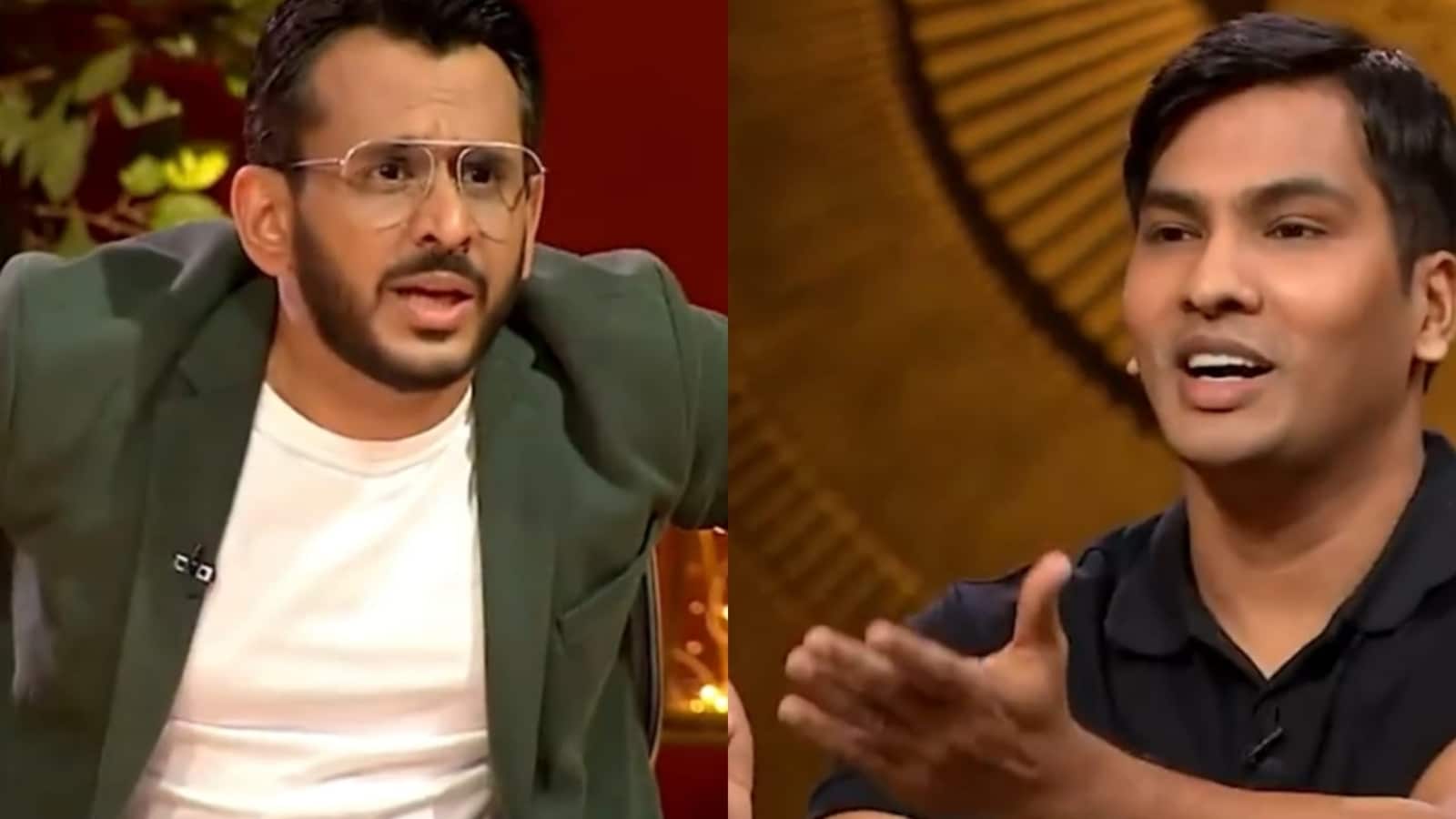 On the recent episode of reality TV show Shark Tank India, ‘shark’ Aman Gupta seemed to get annoyed at a pitcher who addressed him as Anupam, mistaking him for fellow shark Anupam Mittal. Aman also called the pitcher a ‘confused sperm,’ drawing laughs from other sharks.

On Shark Tank India, budding entrepreneurs present their business pitches to a panel of successful entrepreneurs or ‘sharks’, who are willing to invest their money, time and expertise to help the company reach the next level.

On Tuesday night’s episode of the show, a team of two pitchers came on the show to ask the sharks to invest in their business Growfitter, a fitness tracking app that also sells people health insurance. During the course of pitch, four of the five sharks bowed out of investing saying they didn’t like the business.

It then came down to boAt co-founder and CMO Aman, who said he liked the idea but wasn’t fully convinced about investing. “I like your energy but your business model is confused, like there is confused sperm,” he told the pitchers. As other sharks laughed at the term, BharatPe co-founder Ashneer Grover said, “This was in Vicky Donor,” referring to the Ayushmann Khurrana film.

As the pitcher continued to try and convince Aman, he slipped up and referred to him as Anupam. Immediately, Aman replied in a loud angry voice, “Kya bola mujhe (What did you call me)?” As the pitcher realised his mistake and apologised, Aman smiled, revealing that he was messing with the pitcher. Anupam chimed in, “The names are confusing. Not a big deal.”

Should I go back to school in a recession?

Indraneil Sengupta on rumoured separation: There will be a lot of chaos and noise always, I like to keep quiet

Woman tells childhood teacher that she would be on Broadway. Watch his reaction